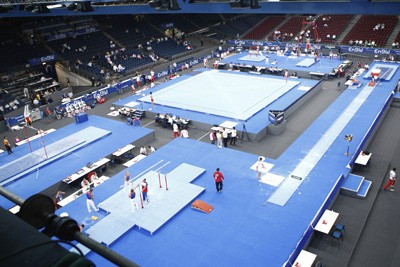 The German city, which last hosted the event in 2007 and is staging this year's Rhythmic Gymnastics World Championships in September, was picked ahead of its only challenger, Rotterdam in The Netherlands.

The FIG said both cities had similar candidate profiles.

“For the Gymnastics Stuttgart application, we loved it.

“We look forward to the World Artistic Gymnastics Championships 2019 in Stuttgart.”

The competition in Stuttgart, which will be held from October 4 to 13 at the Hanns-Martin-Schleyer-Halle, will be particularly significant for the team’s participating as the top nine finishers will qualify for the Tokyo 2020 Olympic Games.

"Stuttgart is a beautiful town with a sports-loving and sport-experienced audience," said the city’s Mayor Fritz Kuhn, who was present at the FIG Council meeting in Melbourne to support his city's bid before the decision was announced.

"We will be a cosmopolitan host in 2019, and welcome the international gymnastics family with us.

“But this is a close decision.

“Rotterdam and Stuttgart are absolutely on par in terms of sporting infrastructure."

This year’s Artistic Gymnastics World Championships is scheduled to take place in Glasgow, United Kingdom, with Montreal in Canada hosting the 2017 edition, and Qatar’s capital hosting the 2018 event.