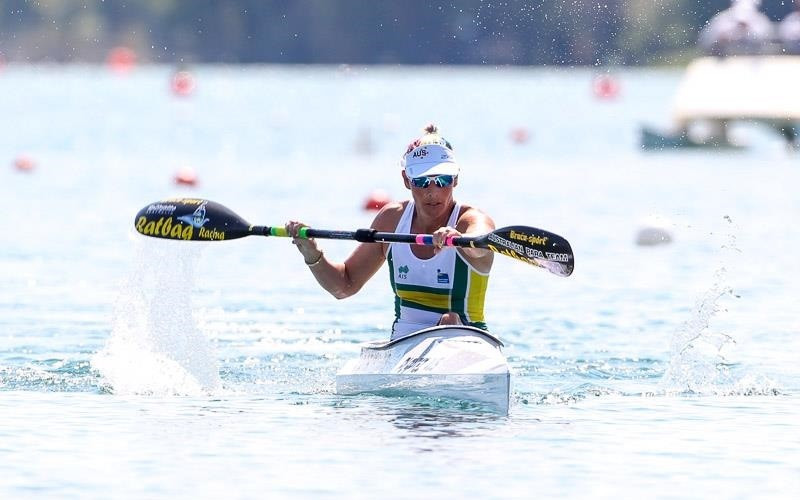 Amanda Reynolds was able to claim their first gold of the day in one of the most thrilling finishes to the regatta so far, as she battled Britain’s Anne Dickins and France’s Cindy Moreau in the women’s KL3 200 metres final.

Dickins was the reigning world champion heading into the race but she was eventually forced to settle for the silver medal, as Reynolds posted a winning time of 50.50sec to improve on her bronze medal performance in 2014.

She ended just 0.02 seconds ahead of the British canoeist, with both athletes earning Rio 2016 Paralympic qualifying positions, while Moreau completed the podium having finished in 50.95.

“I could feel the pressure and out of the corner of my eye I could see another boat coming up,” Reynolds said of the tight finish.

“But I told myself I’m not giving up now so I’m going to put it.

“It’s awesome to win the gold and I couldn’t expect any better.”

Her compatriot Curtis McGrath was able to add to Australia’s tally by earning victory in the men’s VL2 200m event, with the result seeing him retain his world title, after crossing the line in 49.49.

Spain’s Javier Reja was nearly three seconds adrift of McGrath in the silver medal position having stopped the clock at 52.21, while Germany’s Ivo Killian posted a time of 53.99 for bronze.

McGrath’s commanding victory was made more impressive due to the fact he had raced earlier in the day in the men’s KL2 200m, in which he sealed silver with a time of 43.185.

However he had been unable to challenge Austria’s Markus Swoboda, who claimed his seventh world title by finishing in 42.54, while after ending in a time of 43.42, Brazil’s Fernando Rufino De Paulo clinched bronze.

There was to be Brazilian success in the men’s KL1 200m final, as Caio Ribeiro de Carvalho cruised to victory in a time of 50.86 to win his second gold medal of the Championships.

He was followed by Poland’s Jakub Tokarz who clocked 52.53 to ensure he would leave the Championships with two silver medals, while another Brazilian Fernando Fernandes de Padua took bronze by finishing in 52.97.