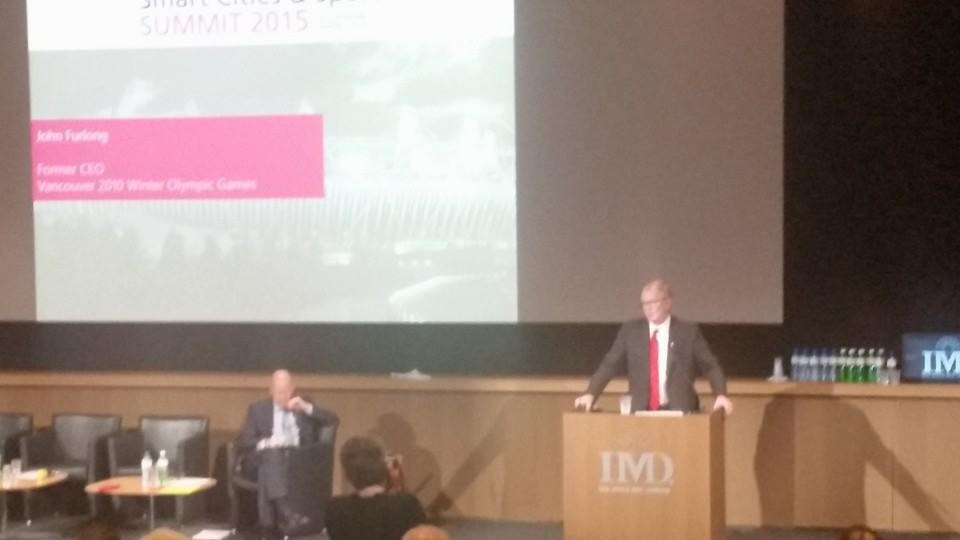 Vancouver 2010 President and chief executive John Furlong has claimed the challenge of recovering from a number of setbacks shortly before the opening of the Winter Olympics and Paralympics helped them organise an event which "changed Canada forever".

Speaking during a keynote address at the Smart Cities & Sport Summit here, Furlong talked at length about the impact of the global economic crisis in the months before the Games, which meant "they would never be forgiven" if they had exceeded their budget.

Unusually warm weather then meant there was no snow at many of the venues before the Olympics, meaning a "full military operation" had to be hastily convened to shift snow from other areas.

Then, on the day of the Olympic Opening Ceremony, Georgian luger Nodar Kumaritashvili died in a training crash in Whistler.

Furlong described this day as one of the "worst of his life".

"It caused the whole organisation to tremble and I was not sure we could overcome it," he told an audience of representatives from cities around the world.

He explained how it was vital they accepted responsibility for what had happened while remaining calm and collected.

Vancouver 2010 managed to successfully recover by the end of the Games, he claimed, with the crowning glory coming when Sidney Crosby scored an overtime goal to win Canada the men's ice hockey title with a thrilling victory over United States.

Furlong was forced to watch the match with International Olympic Committee President Jacques Rogge and International Ice Hockey Federation President René Fasel, despite wanting to paint himself red and white and wear a Canadian jersey and struggled to contain his partisan thoughts, he admitted.

"Vancouver 2010 changed our country," claimed Furlong, who has battled off a string of personal allegations since the Games, and last month won a defamation case brought against him by a freelance journalist who said he had abused students when working as a teacher in the 1960s and 1970s.

"It united us and made us love our country more.

"The Canada that went into the Games came out stronger, taller and more united; more in love with the country than ever before."