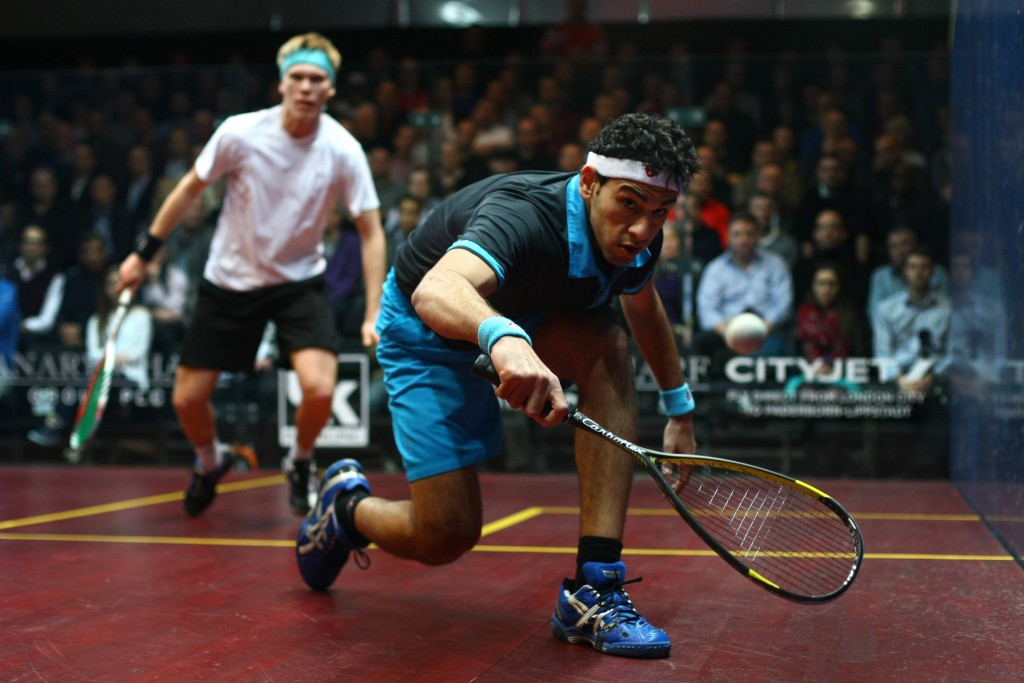 Two-times World Championships runner-up Mohamed Elshorbagy of Egypt has maintained his stranglehold on the Professional Squash Association (PSA) World Rankings by topping the standings for the 13th consecutive month.

Elshorbagy has, however, had his lead at the summit cut in November’s rankings after he suffered defeat to Frenchman Gregory Gaultier in the semi-finals of the recent US Open but still remains the one to beat with a total of 1,360 points.

Gaultier went on to win the tournament for the third time and he is closing in on the number one position with 1272.500 points, though he is currently third on the list behind England’s Nick Matthew who has 1313.

The top five on the men’s PSA World Rankings remain unchanged from the previous month but there has been movement elsewhere, with Australian Ryan Cuskelly moving into the top 20 for the first time.

Cuskelly claimed arguably the best win of his career at the ongoing Qatar Open, beating France’s world number eight Mathieu Castagnet, while Karim Abdel Gawad of Egypt has surged to a career-high ranking of 10.

In the women’s standings, New Zealand’s Joelle King has moved up 15 places after she reached the final of the Carol Weymuller Open, a PSA W50 tournament, in October.

King, a former world number four, put in a string of excellent performances last month and her rise up the rankings came after she missed the majority of the 2014 to 2015 season due to an Achilles injury.

She now sits in 13th place.

Egypt’s Nour El Tayeb is another player to occupy a career-highest place as she lies in fifth after she beat compatriot and current world number one Raneem El Welily on her way to the US Open final.

El Welily retains her lead at the top of the rankings for a third month in a row on 2971.250 points, comfortably ahead of Nicol David of Malaysia, who won gold at the 2014 Commonwealth Games in Glasgow.

England’s Laura Massaro, who took the US Open title with victory over El Tayeb, is third on 2113.125.