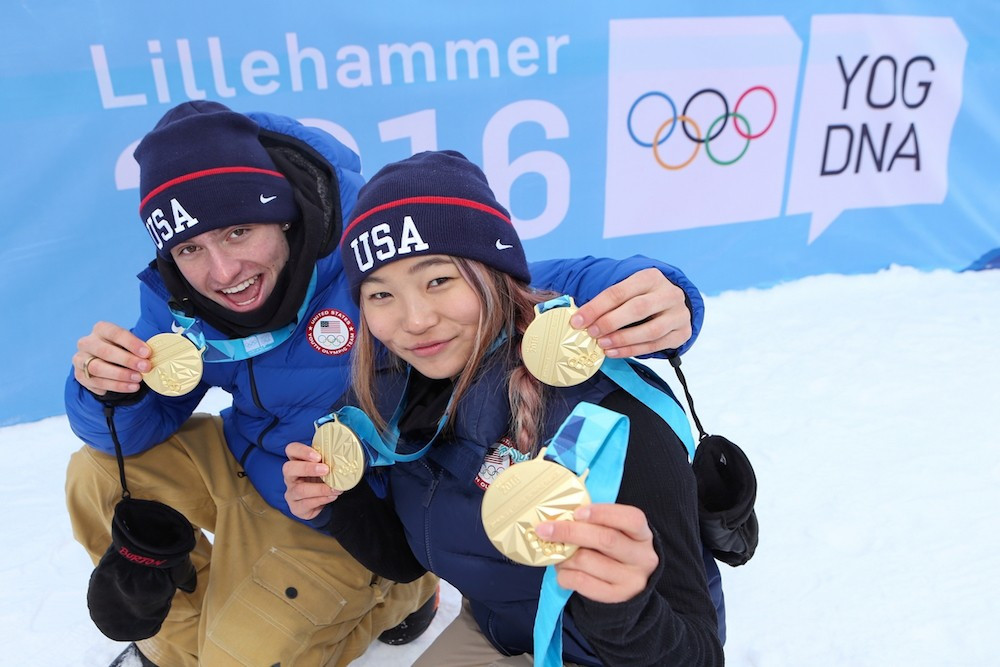 United States' Chloe Kim and Jake Pates each claimed a second gold of the Games on a busy day of slopestyle action here at the Winter Youth Olympics, which also included a home win for freestyle skier Birk Ruud.

Kim, who won halfpipe gold in Oslo last week, was up first in the women's snowboard event at the Hafjell Freepark, setting a formidable score of 88.25 in her first run.

She duly won with consummate ease over Finnish duo Elli Pikkujamsa and Henna Ikola, who scored 82.25 and 79.25 respectively.

The US flagbearer here was, at 13, deemed too young to compete at Sochi 2014, but won a superpipe silver at that year's Winter X Games before claiming gold at each of the subsequent two editions.

“I didn’t expect to podium," she admitted after her victory today.

"I kind of got a little stomach problem and my knee was super-sore yesterday, so I didn’t ride at all.

"Maybe four runs the day before, and I was only hitting the small sides.”

Compatriot Pates claimed the men's slopestyle title with a superb score of 94.75, also celebrating his second gold of the Games after halfpipe victory down in Oslo last weekend.

Russia's Vlad Khadarin took silver with 90.25 while another Finnish medal was secured by Rene Rinnekangas, with 87.75 for bronze.

The US were unable to sustain their dominance once boards were exchange for skis with Norway's Ruud winning with a score of 89.20.

There was still an American silver, courtesy of Alexander Hall in 87.40, while Finn Bilous took bronze for New Zealand in 86.00.

Lana Prusakova clinched the women's slopestyle skiing title with a score of 77.00 points to edge Lou Barin of France.

The Frenchwoman was 4.20 adrift in the silver medal position, with bronze going to Britain's Madison Rowlands, winner of the freestyle halfpipe event, in 67.20.

Norway, anchored by Vebjoern Hegdal, rose to second after winning a pulsating three-way sprint for the line in the mixed team format in 26:38.0.

Germany took bronze after finishing just 0.4 seconds behind the host nation while Slovenia, leaders after the ski jumping, missed out on a medal by an agonising 0.1 seconds.