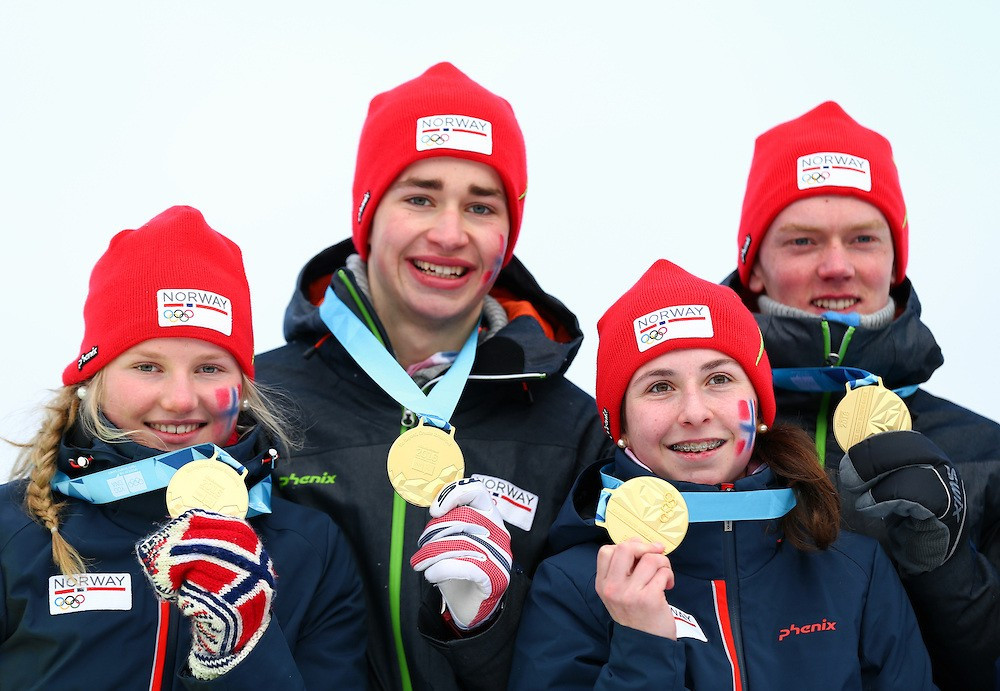 Norway ensured they finished their home Winter Youth Olympic Games in golden style as they clinched victory in the mixed team biathlon relay event on the final day of sporting action at Lillehammer 2016.

Their time was comfortably ahead of Italy’s Samuela Comola, Irene Lardschneider, Cedric Christille and Patrick Braunhoffer, who sealed the final spot on the podium to take bronze.

The result handed the host nation their fourth gold medal of the Games, two of which were won by Bakken, who ended the event with a personal haul of three after he also earned silver in the sprint race earlier this week.

“As I said after the silver, I didn’t believe that I would take a medal at all, but now with three - and two of them gold - I’m so satisfied.

“I didn’t know what level the other athletes were, so I came here just to get experience and learn.”

The only other gold medal won today away from the ice hockey finals, considered as one of the key events at any Winter Olympic or Winter Youth Olympic Games, came over at the Curling Hall in the mixed National Olympic Committee competition.

The event, which paired athletes from different countries together, was won by Yako Matsuzawa of Japan and Philipp Hoesli of Switzerland as they overcame Han Yu of China and Ross Whyte of Britain with an 11-5 success.

The bronze medal went to China’s Zhou Ruiyi and Andrea Haarstad of Norway after they comprehensively beat Honoka Sasaki of Japan and Canada’s Tyler Tardi, a member of the team which clinched team gold on Wednesday (February 17).

The United States finished top of the medal table with 10 gold and six silver, with South Korea claiming the same number as they earned 10 golds, three silver and three bronze.