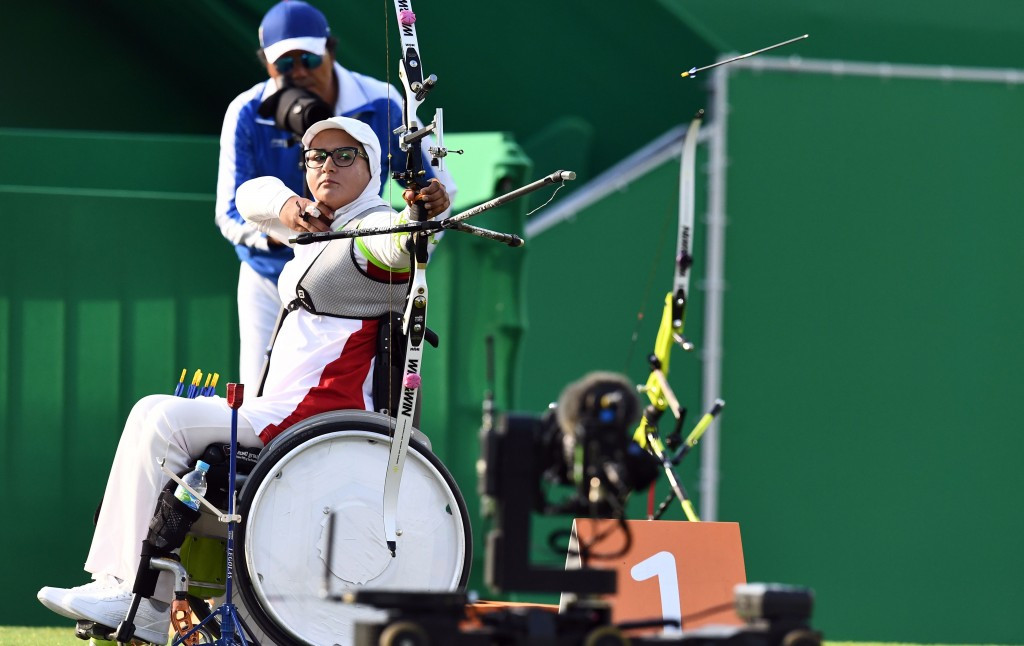 Each archer tallied a total of 132 from their 15 arrows but Nemati crucially won three sets to Wu's two - leading to a 6-4 victory.

Wu never scored less than an eight but only managed two perfect tens - while Nemati's three scores of seven were offset by seven maximums.

Nemati was her nation's flagbearer at the Rio 2016 Opening Ceremony and had already won a silver in the Brazilian city, as part of the team recurve line-up.

Such are her talents that she also competed in the Rio Olympic Games last month.

"There was just a feeling that I had that I knew I was going to win today," she said.

"That’s why I was very calm and relaxed.

"I just knew I could do it.

"The energy from the people around me, the spectators, the people who wanted me to win - all this energy affected me and that was what helped me.

"I'm so tired and all this work from the past two, three months. has been weighing heavily on my shoulders.

"I'm very happy with all the hard work I've had to put in.

"Luckily, with lots of happiness, I can say I've got through all the trouble and hardship that I've been through, and I'm here."

The bronze medal was won by Milena Olszewska of Poland, who beat Lee Hwa-Sook of South Korea.

A shoot-off was required after each archer won two sets each before the last set was drawn.

The Pole out-shot the Korean 122-118 in regular play and then hit an eight in the shoot-off - which was enough as her opponent only managed a seven.

"This medal is an amazing moment for me because I love shooting, and this is a dream that every archer who stands on the podium at the Paralympic Games has," said Olszewska.