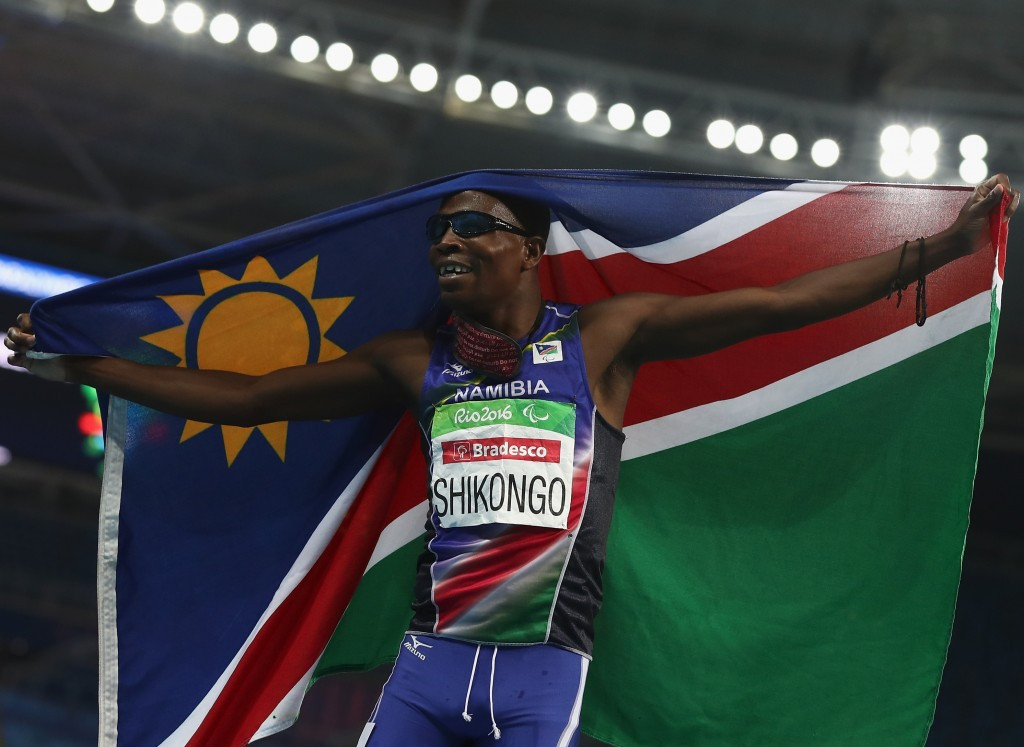 Namibia should increase its funding to its Paralympic athletes by nearly 50 times to help them move closer to achieving their target of finishing in the top 10 countries at Tokyo 2020 after the team enjoyed after its most successful-ever Games at Rio 2016.

They won a total of five medals, including one gold, to rank 53rd overall.

The total was an improvement on Beijing 2008, where they won one bronze, their fist medal since making their Paralympic debut at Barcelona in 1992.

Mike Hamukwaya, secretary general of the National Paralympic Committee for Namibia, claimed that the success of the Paralympic team highlighted how much they achieved on so little funding.

"If you look at it, 90 per cent of the medals at international events always come from disabled athletes."

Namibia have won only four silver medals since their Olympic debut 24 years ago.

They all won by sprinter Frankie Fredericks, who finished second in both the 100 and 200 metres at Barcelona 1992 and Atlanta 1996.

At Rio 2016 Namibia's Olympic team were represented by 10 athletes in four sports.

The best performance came from boxer Mathias Hamunyela, who reached the last 16 in the men's light flyweight.

"We are getting NAD$1.5 million and we are delivering," Hamukwaya told Nampa.

"I am calling on the Government to avail at least NAD$50 million (£2.8 million/$3.6 million/€3.3 million) to disability sports per year, then we can do more in terms of development and finding more talent.

"We want to be in the top 10 nations in the world when it comes to medal standings, but that can only happen if we have enough money to prepare and to bring a bigger pool of athletes to competitions.

"The Government must pump more money into the training of Paralympic hopefuls, then we can deliver more results."

Shikongo won in a Paralympic record time of 22,44sec.

Four days earlier, 30-year-old Shikongo, who lost his eyesight in both eyes in two separate incidents during his childhood, had won a bronze medal in the T11 100m final.

"We targeted five medals and we got them," Hamukwaya told Nampa.

"The only thing we missed is winning two golds, but we managed one and we are happy that we at least reached our five-medal target.

"Shikongo has come a long way with the Paralympic Games and he has finally delivered after all these years of hard work.

"As for Nambala, this is his first Paralympic Games and he won us two silvers, which is a good thing."