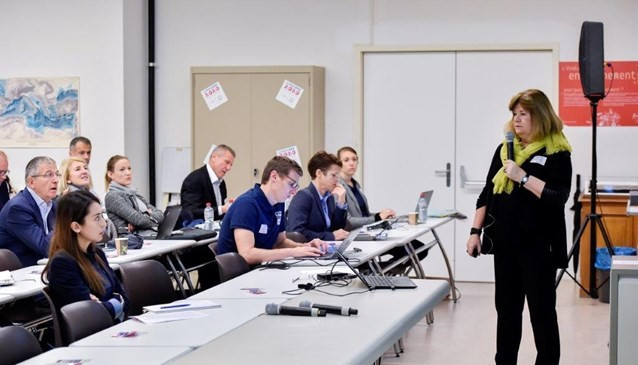 In her role as the Association of National Olympic Committees (ANOC) secretary general, Gunilla Lindberg provided the feedback to stakeholders present at the two-day meeting.

Her presentation focused on a number of key areas for the NOCs, including the communication, qualification rules, accreditations, athlete preparation and sports programme at the Games.

Further feedback on the culture and education programmes, transport, training facilities and venues, as well as doping controls and anti-doping work, was also provided.

Lindberg said that the overall feedback for the Games had been "very positive", with Lillehammer 2016 singled out for praise for excellent relations with the NOCs.

In addition to the feedback, the ANOC secretary general also provided recommendations on how improvements could be made to assist NOCs at future editions of the event.

The Lillehammer 2016 Winter Youth Olympic Games took place from February 12 to 21, with around 1,000 athletes competing at the second edition of the event.

The two-day debrief drew to a conclusion here yesterday, with the event seen as an opportunity for knowledge to be shared between the past and future hosts.

It came ahead of the first International Olympic Committee (IOC) Coordination Commission for Lausanne 2020, the next edition of the Games, which is taking place today and tomorrow in the Olympic Capital.

The Swiss city’s foundation plan and concept are set to be assessed over the next two days, with Slovakia’s Danka Bartekova leading the Commission.

Lausanne, home to the IOC headquarters since 1915, was confirmed as the host for the third edition of the Winter Youth Olympics, which will take place in four-years time, during the IOC Session in July 2015.

The Olympic Capital convincingly saw off the challenge of the Romanian city Brasov by 71 votes to 10.