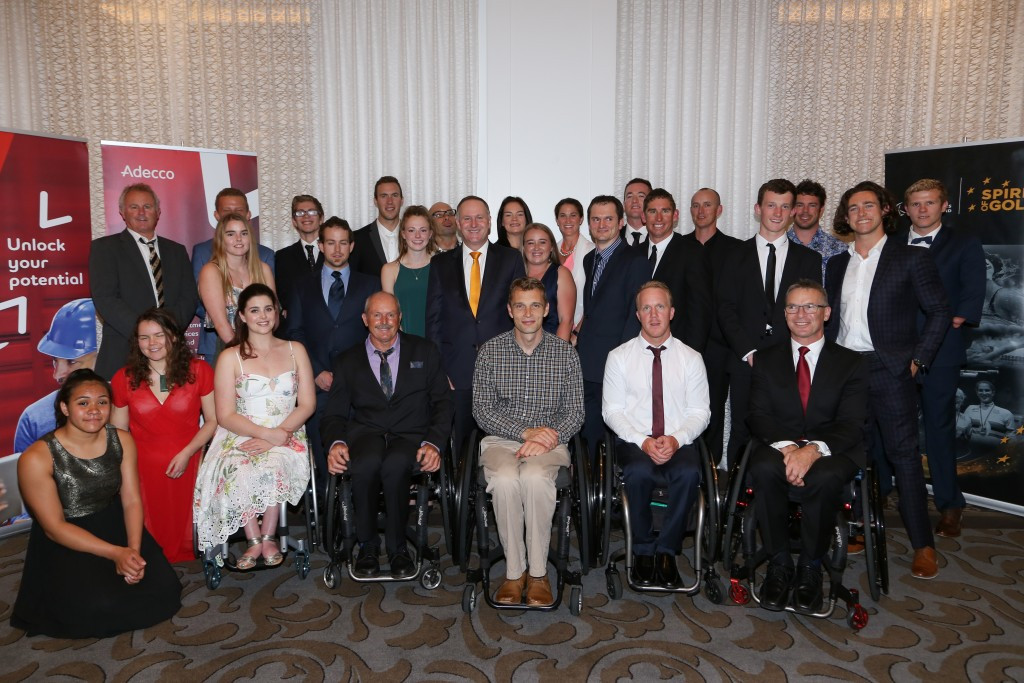 New Zealand's Paralympians celebrated their success at an event in the presence of the country's Prime Minister John Key.

A total of 23 members of the 31-strong Rio 2016 squad were in attendance in Auckland, where more than 130 guests assembled in all at the Langham Hotel.

The celebration, organised by Paralympics New Zealand and the organisation's partner Adecco New Zealand, was held after the country won 21 medals in Rio de Janeiro in September.

Their haul consisted of nine golds, five silvers and seven bronzes, which beat their pre-Games target of 18 medals.

New Zealand finished 13th on the medals table - their highest-ever placing - while the Oceania nation boasts the most medals per capita out of any country in the world.

Among the athletes present were swimmer Sophie Pascoe, the country's most decorated Paralympian who won three S10 titles at Rio 2016 to bring her total gold medal haul to nine.

Sprinter Liam Malone, winner of the T44 200 and 400 metres titles on the track, was also present alongside Winter Paralympians from Sochi 2014.

"The success that the team had in Rio really brought Para-sport into the mainstream for the first time and we saw so much amazing support from New Zealanders," said Malone.

"I look forward to being one of many New Zealanders that will again show their support as the winter Para-athletes start their journey to qualification and hopefully selection to the New Zealand team at the Pyeongchang 2018 Paralympic Winter Games."

"The team performed exceptionally both on and off the field of play and the New Zealand public fully embraced and celebrated their achievements.

"There is no doubt that New Zealand Paralympians have inspired many and have whilst doing so increased awareness, understanding and acceptance of disability in society.

"Preparations are underway for the Pyeongchang 2018 Paralympic Winter Games only 16 months away and the Tokyo 2020 Paralympic Games."