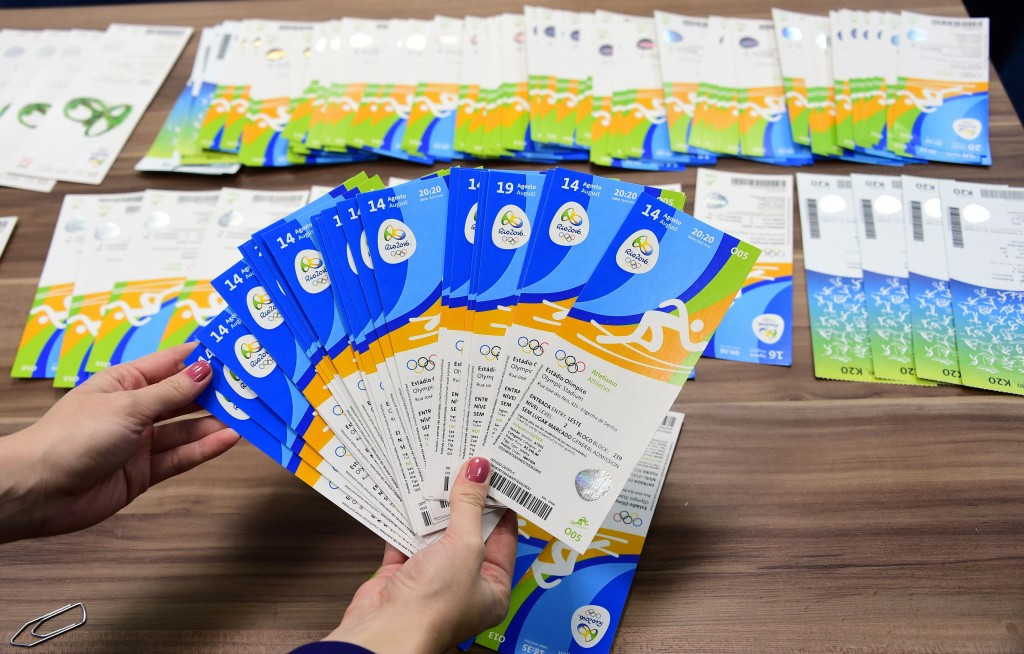 The International Olympic Committee (IOC) have denied the organisation or its President Thomas Bach have been contacted for information regarding a Brazilian police investigation into alleged ticket touting at Rio 2016.

An investigation was launched into THG Sports, the British company owned by Marcus Evans, during the Games.

It resulted in former Olympic Council of Ireland (OCI) President Patrick Hickey and the company's director Kevin Mallon being arrested.

The two men were charged with various ticketing offences, which they deny, but the pair have since returned to Ireland.

Hickey was claimed to have sent to Bach request in 2015 for extra tickets for a number of high-demand events at Rio 2016, including 500 for the men's football final.

The IOC have stated they have made contact with Brazilian authorities on February 1, but there was no new developments concerning the organisation.

“Neither the IOC nor its President have ever been directly contacted by the Brazilian authorities concerning a request for information in regard to this matter,” an IOC spokesman told insidethegames.

“We pro-actively contacted the Brazilian authorities in September 2016 via a Brazilian lawyer.

“Following the contact, the IOC received questions which were fully answered and has not heard from the Brazilian authorities since.

“On the contrary, the lawyer of the IOC even contacted the authorities again on 1 February 2017 and was informed that there are no new developments in this case concerning the IOC.

“In a preliminary statement the Brazilian authorities even indicated to the lawyer that the IOC is considered a victim in the alleged scheme.

“There are no elements in the file that the IOC has acted unlawfully.

“The IOC has always followed the rules and procedures accordingly.”

The organisation were reacting to claims made by German broadcaster ZDF and The Times, who claim to have documents which show that two weeks after the Hickey’s message, the OCI were granted 844 extra tickets by Rio 2016 at the request of the IOC.

They claim this included beach volleyball and football, as well as the Opening and Closing Ceremonies.

The Brazilian investigation has been centred around THG, who were the OCI's ATR for London 2012 and Sochi 2014, but were not selected for Rio 2016 following objections from Brazilian officials and so had no rights to sell tickets.

Last year, Brazilian police claimed Hickey asked the IOC for the OCI to serve as the ATR for the Games and for the organisation to write THG a “letter of comfort” confirming that the situation would not jeopardise any application for Tokyo 2020.

He allegedly asked Rio 2016 to give THG the “same rights and obligations as an ATR” and that the company would withdraw their previous request, meaning they “wouldn’t have been rejected as an ATR”.

Ultimately this did not come to pass, with Rio 2016 and the OCI ultimately accepting Pro 10 as the ATR.

Brazilian police claimed Pro10 Sports were set up as a front for THG Sports, although the company denied having done anything wrong.

“The elements reported are facts that have been known for a long time,” the IOC spokesman continued.

“The IOC has responded to the prosecutor as well as to the media on these questions.

“It has been confirmed in 2016 by the IOC that the OCI got a number of extra tickets for Rio 2016 compared to the original allocation.

“This was done in agreement with the OCOG and the IOC and was due to the fact that the Ticket Sales Agreement (TSA) between the OCI and the OCOG could only be signed with a big delay which had put the OCI in a difficult positon.

“This situation occurred because the ATR originally proposed by the OCI was rejected by the OCOG.

“Eventually a solution was found. Following an evaluation, Pro 10 was accepted by the OCOG as ATR.”