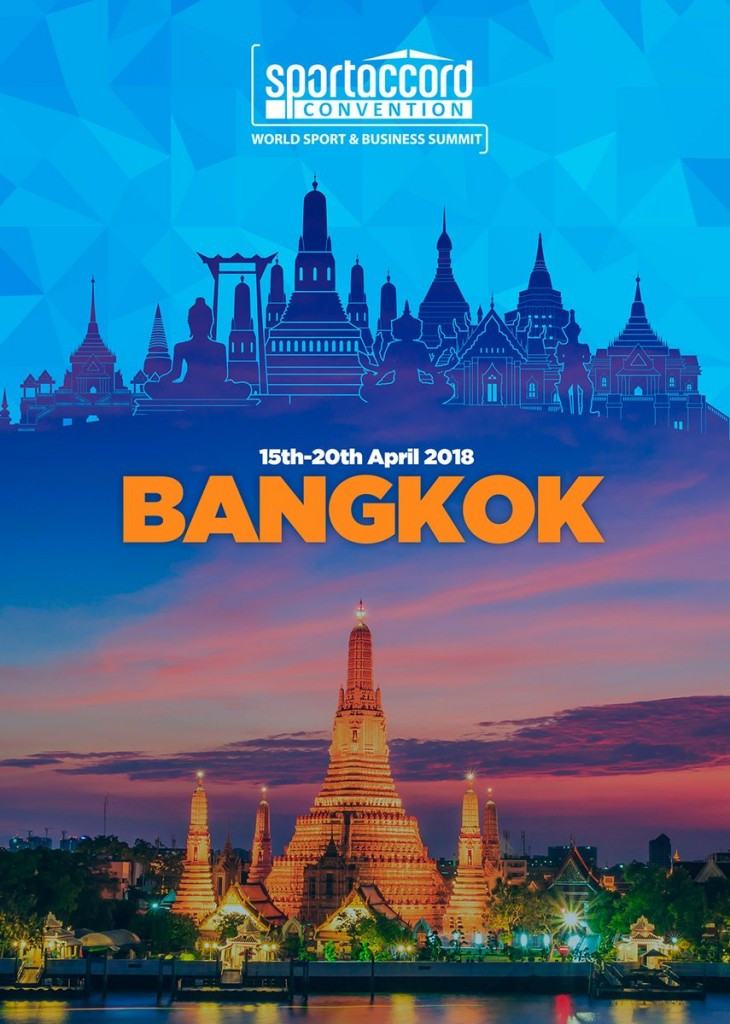 Thailand's capital Bangkok has been awarded the hosting rights to the 2018 SportAccord Convention, it was announced during the Opening Ceremony of the 2017 edition here this evening.

It had been exclusively revealed by insidethegames yesterday that Bangkok was the leading candidate from the five different locations to have formally expressed interest in hosting the event.

Francesco Ricci Bitti, President of the Association of Summer Olympic International Federations (ASOIF) and SportAccord Convention, confirmed the decision in his welcome speech.

The event will take place from April 15 to 20 of next year.

Thailand's Deputy Prime Minister Tanansak Patimapragorn is leading a 19-strong delegation from the Sports Authority of Thailand during this year's Convention.

"It is a great honour for me to participate in the SportAccord Convention 2017 on behalf of the Royal Thai Government," Patimapragorn said.

"First and foremost, I wish to express my gratitude to the SportAccord Executive Council for giving Thailand the opportunity to host the SportAccord Convention 2018, which is the largest platform for leaders of sports organisations, industries and businesses to meet.

"With its comprehensive facilities, quality infrastructure, excellent services and warm hospitality of the Thai people, as well as its experiences in hosting major sporting events, Thailand is very pleased and proud to have the privilege to host the next Convention which will represent Thailand as a great venue for this event.

"Through our collective efforts and solid partnership I wish that we will move Thailand towards one of the best sports tourism destinations and excellent sports hub in the years ahead."