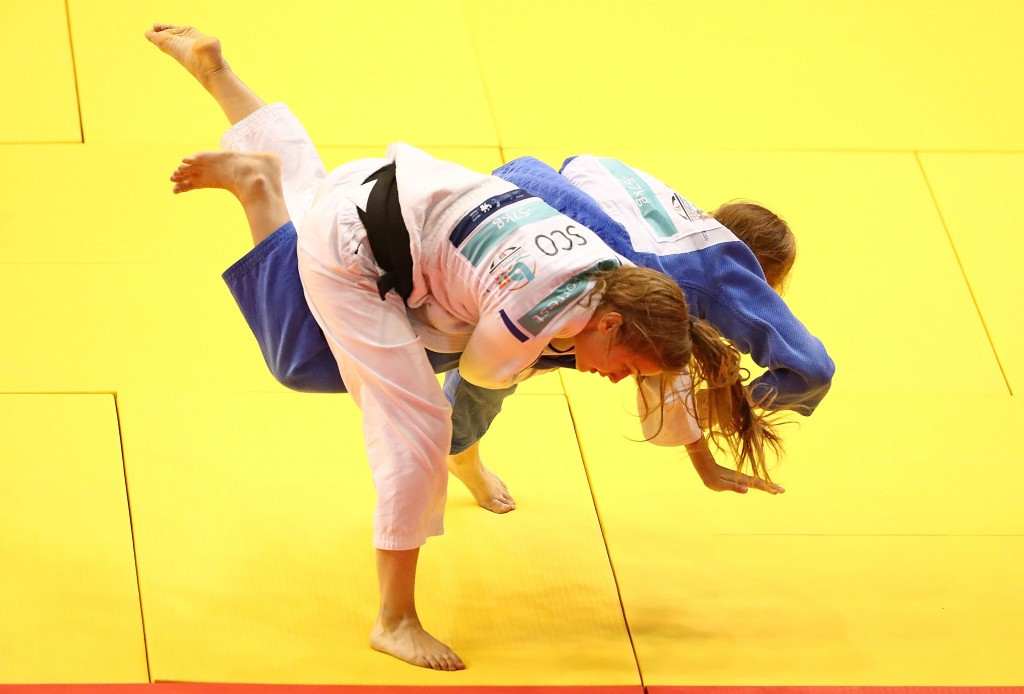 England enjoyed a dominant start to the 2017 Commonwealth Youth Games as they claimed four of the eight gold medals on offer in judo on the first day of competition here today.

Judokas from Australia, Scotland, India and Zambia also finished on top of the podium as the sport made its Commonwealth Youth Games debut.

England set the tone for what was to come as they clinched the first gold medal of the event thanks to Thomas Lish's triumph in the boys' under-90 kilograms weight class.

Due to a lack of participants, competition was held purely in a round-robin format, with Lish winning all four of his matches on the way to the summit of the podium.

Connor Smith of Australia and Scotland's Louis Saez did enough for silver and bronze respectively.

The other three of England's titles came in the girls' categories as Sian Bobrowska outclassed Scottish opponent Fiona Todman to clinch gold in the under-48kg category.

Bobrowska had the edge over Todman in the early stages and managed to earn a convincing victory by ippon.

The bronze medals in the category went to Sofia Asveta of Cyprus, who beat Australia's Sophie Robins, and India's Antim Yadav, who disappointed the boisterous home crowd by ousting Jasmin Russell of The Bahamas.

Leah Grosvenor also overcame a Scottish judoka as she reigned supreme in the girls under-57kg weight division with a tense win over Emma Forrest by golden score.

Mya Beneby perhaps earned the biggest cheer of the day as the host nation revelled in her bronze medal success, which came thanks to victory by ippon against Anaiah Clarke of Barbados.

The other bronze medal in the category was clinched by India's Rebina Chanam as she beat Australia's Saskia Brothers.

Holly Bentham took the girls' under-70kg crown as she topped the round-robin group, comprised of three athletes, by beating both Breanna Major of The Bahamas and Australian Francis Newman.

The Australian judoka was the recipient of the silver medal.

Simon Zulu produced a commanding display to earn gold for Zambia in the boys' under-60kg event, one of the most heavily populated categories on the single day of judo competition.

Zulu prevailed by ippon against Georgios Balarjishvili of Cyprus in a frantic contest, with Mosa Thetsane of South Africa and India's Ashish finishing with bronze medals as they ousted Wales' Callum Bennett and England's Harry Zain-Prosser respectively.

India's Soni was the star of the show in the boys' 73kg event as he emerged victorious from a closely-fought gold medal bout with Australia's Uros Nikolic.

Matthew Elliott of Northern Ireland beat Scotland's Ryan Quigley in the first contest for bronze before Lachlan Moorhead added another medal to England's tally with victory over Samoa's Tristan Vaai.

Australia's sole triumph came in the over-90kg category as Timothy Hollingberry won the round-robin group ahead of Helder Martins of Mozambique.

Scotland also tasted gold medal success on the first day of action at the sixth edition of the Commonwealth Youth Games as Emily Ritchie finished at the top of the round-robin group in the girls' over-70kg category.

Ritchie fended off competition from Aoife McCallion of Northern Ireland, who ended with silver, while bronze was sealed by Karra Hanna of The Bahamas.

The one-day judo event was held prior to the Opening Ceremony, which takes place at the nearby Thomas A. Robinson Stadium this evening.