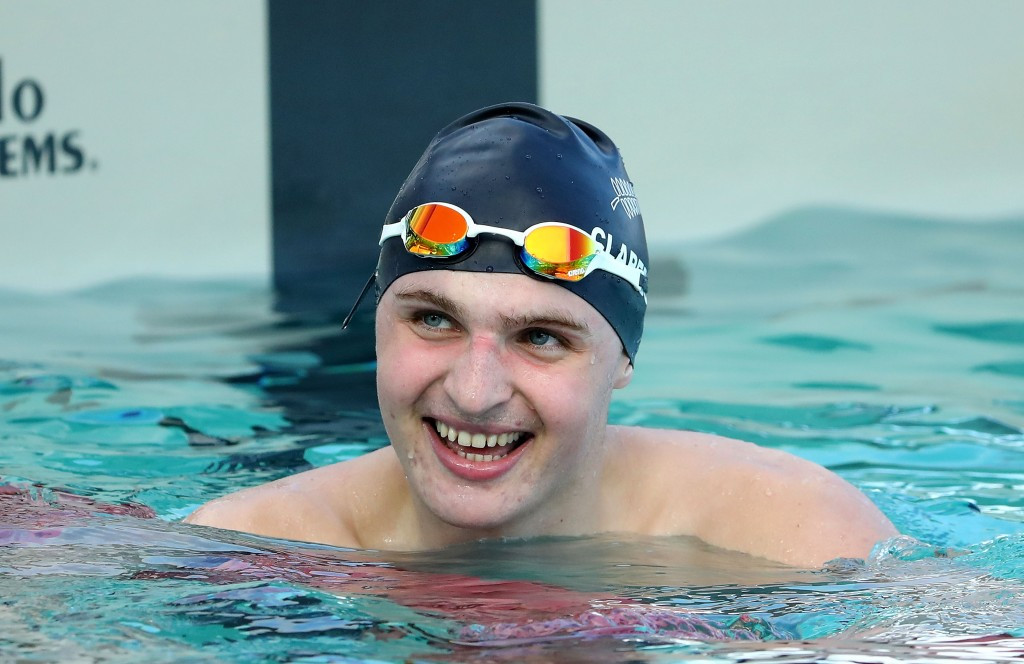 New Zealand's Lewis Clareburt capped off another fine display in the pool by clinching two gold medals to extend his haul at the 2017 Commonwealth Youth Games to three on the second evening of swimming finals here today.

Clareburt, tipped to be the next Danyon Loader, a two-time Olympic champion, topped the podium in the boys' 400 metres medley and was also part of the New Zealand quartet which stormed to victory in the mixed 4x200m freestlyle relay.

Quah Jing Wen of Singapore, Scotland's Scott McLay and New Zealand pair Laticia-Leigh Transom and Zac Reid all claimed their second gold medals of the sixth edition of the Games after action had been delayed by around 20 minutes due to fears over an incoming thunderstorm.

New Zealand were again the dominant nation, winning a further four golds to add to their hat-trick on the opening night here yesterday.

Clareburt is fast emerging as one of the stars of the Games here and produced a commanding performance to top the podium in the 400m individual medley.

Clareburt finished comfortably in front of his nearest challengers and was nearly six seconds quicker than silver medallist Thomas Dean of England.

Clareburt then rounded off a golden evening for his country as he spearheaded New Zealand to the mixed 4x200m freestyle relay crown.

The New Zealand team, also featureing Transom, Reid and Chelsey Edwards, finished in 7:50.85 as they swept aside England, second in 7:55.79.

Australia completed the podium as they were third.

Wen picked up her second triumph here as she reigned supreme in the girls' 100m freestyle in 56.31sec.

The Singaporean star, who set a National Championships record in the 200m butterfly event earlier this year, came into the second evening of finals having claimed gold in the 50m butterfly and was in top form once again.

She proved too quick for the rest of the field, with 200m freestyle gold medallist Transom forced to settle for silver this time around.

Scotland's Sophie Smith did enough for the bronze medal.

Smith's compatriot McLay, a British junior champion over one length of the pool, joined Clareburt and Wen in securing a second title with a superb swim in the 100m freestlye.

New Zealand's Mya Rasmussen banished the disappointment of her second-place finish in the girls' 200m breaststroke with success in the 400m individual medley.

Rasmussen blew her opponents out of the water with an impressive swim as she clocked 4:42.19, more than four seconds faster than South Africa's Rebecca Meder, who claimed silver.

Ciara Schlosshan of England came through to take the bronze medal.

Finn Campbell sealed the third triumph for New Zealand by winning the boys' 50m backstroke in 26.18, with England's Jahrel Murphy and Francis Fong of Singapore earning silver and bronze respectively.

Singapore bagged their second victory of the night as Christie Chue triumphed in the girls' 50m breaststroke in a time of 32.38.

Lilly Higgs delighted the home crowd by taking silver for the host nation, while Ciara Smith added to New Zealand's haul with bronze.

South African Michael Houlie rounded off the individual events with a comfortable victory in the boys' 50m breaststroke as he touched the wall in 27.68.

Izaak Bastian delivered another medal for The Bahamas as he secured silver, while Zongxian Khoo claimed bronze.

Swimming at the 2017 Commonwealth Youth Games is due to continue tomorrow with another nine finals on the programme.