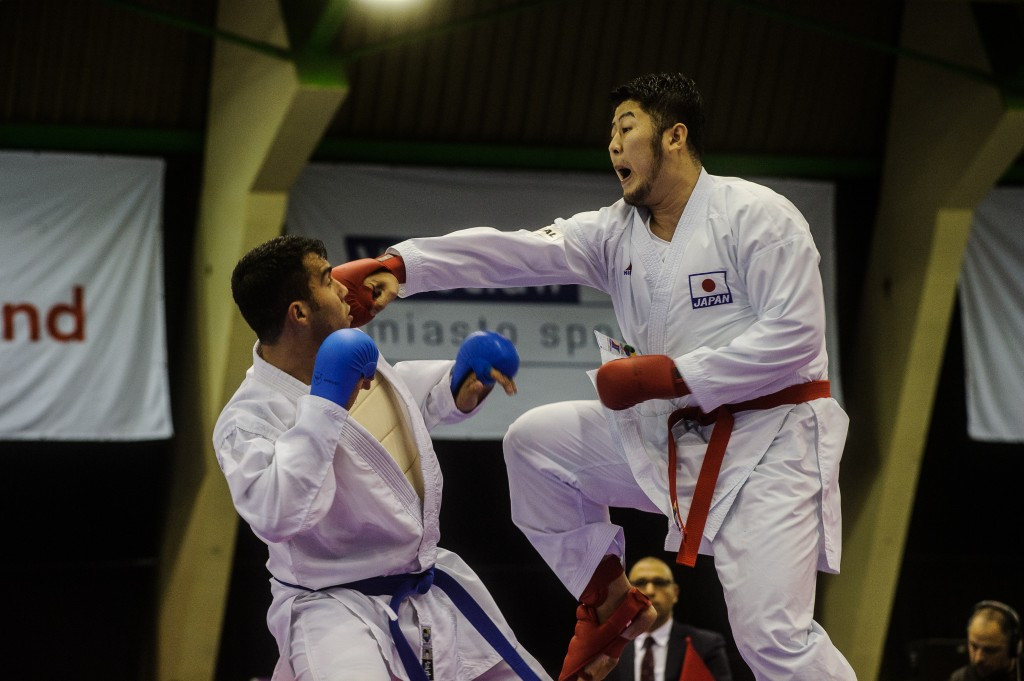 Japanese duo Ayumi Uekusa and Hideyoshi Kagawa both claimed gold medals on the final day of karate action at the 2017 World Games.

Uekusa sealed the women's over-68 kilograms title at the GEM Sports Complex after defeating Hamideh Abbasali of Iran in the gold medal contest.

Bronze went to Anne Laure Florentin of France as she overcame Isabela Rodrigues of Brazil.

Kagawa doubled his country's tally for the day in the final match of the evening.

He prevailed in the over-84kg final against Iran's Sajad Ganjzadeh while Poland's Michal Babos sealed a bronze for the host nation after he beat Achraf Ouchen of Morocco.

Lamya Matoub of Algeria rose to the top of the podium in the women's 68kg division after overcoming Alisa Buchinger of Austria, the reigning world and European champion.

Bronze was won by Kayo Someya of Japan as she defeated Dane Katrine Pedersen.

Peru's Alexandra Grande reigned supreme in the women's 61kg final as she proved too strong for Ukraine's Anita Serogina.

Polish fans were once again disappointed as Justyna Gradowska was beaten to the bronze medal by Slovakian Ingrida Suchankova.

Stanislav Horuna of Ukraine won today's sixth gold medal after powering past Aliasghar Asiabari of Iran in the final of the men's 75kg event.

Brazilian Hernanit Verissimo rounded out the podium after brushing aside Thomas Scott of the United States.

Trampoline gymnastics competition came to a close with three finals at Centennial Hall this evening.

China's Zhang Luo won the men's tumbling title with a score of 75.100.

Austin Nacey of the United States took silver on 73.300 while Russia's Maxim Shlyakin completed the top three with 72.700.

Canadian Tamara O'Brien finished in second place on 71.000 while bronze went to Lina Sjoeberg with an overall total of 70.000.

They scored 48.100 to defeat couples from Azerbaijan and The Netherlands, who occupied second and third respectively.

Gold in the men's equivalent went to the Czech Republic's Adam Sedlmajer with Canada's Steve Neveu and Thomas Degasperi of Italy finishing in second and third respectively.

Lucine was once again forced to settle for silver in the women's trick competition.

She finished second behind Belarus' Natallia Berdnikava while bronze was clinched by Germany's Giannina Bonnemann.

Australia's Josh Briant claimed the fourth and final gold of the event in the men's trick division.

He beat Pierre Ballon of France and Belgium's Olivier Fortamps, who finished second and third respectively.