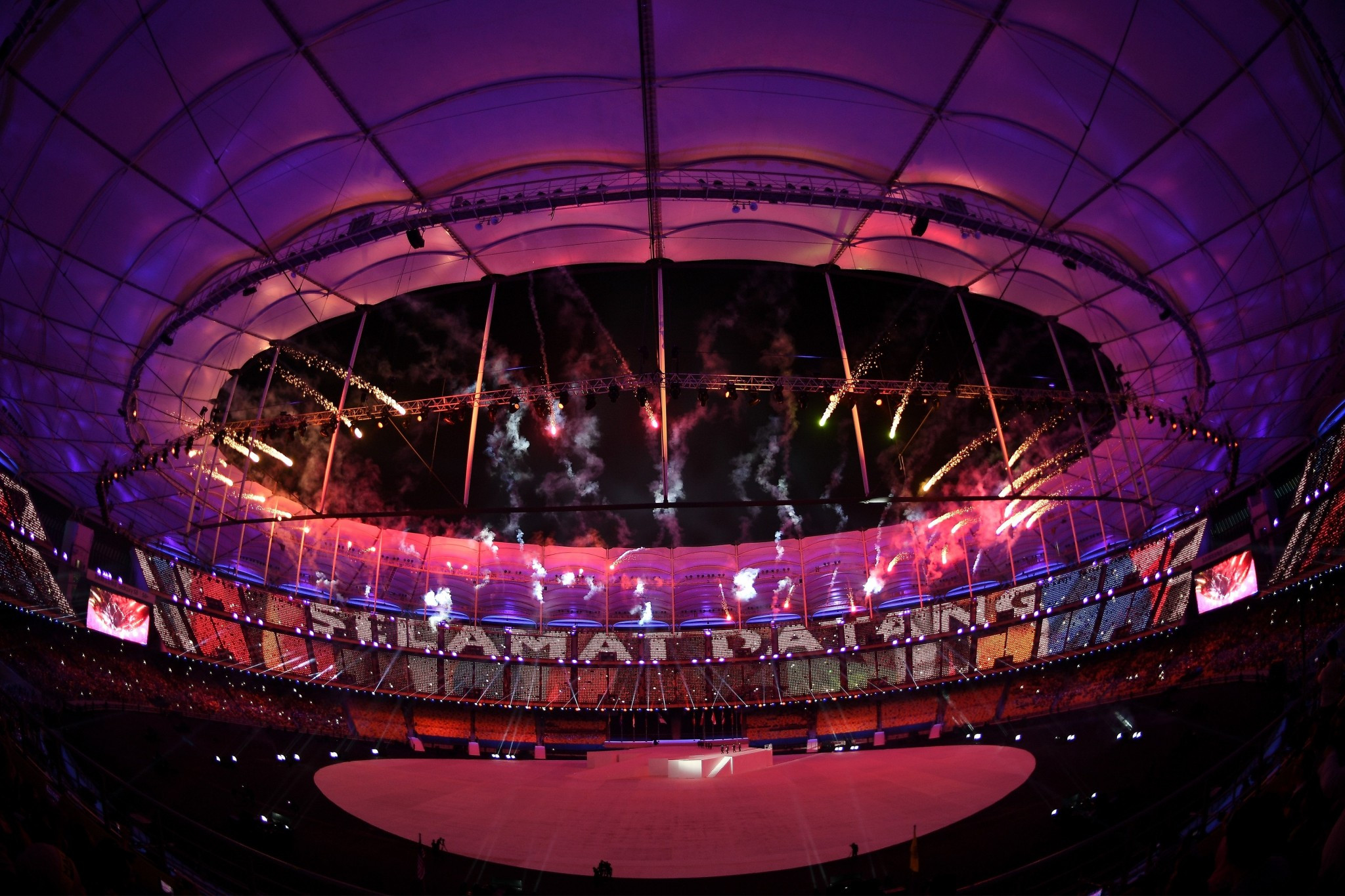 The Southeast Asian Games in Kuala Lumpur were officially declared open by Malaysian Prime Minister Najib Razak during a Ceremony described as glittering and spectacular by organisers.

Around 85,000 people packed into the newly refurbished National Stadium in Bukit Jalil to witness an Opening Ceremony full of colour, light and fireworks.

School band displays and a show by the Malaysian Armed Forces were among the highlights of the spectacle, which signalled the official start of the Games in the Malaysian capital.

Malaysia, whose team for the Games features nearly 900 athletes, unsurprisingly received the loudest cheer during the athletes' parade.

Brunei led the parade into the 90,000-capacity venue and they were followed by athletes from Cambodia, Indonesia, Laos, Myanmar, Philippines, Singapore, Thailand and Timor Leste.

The display aimed to give those competing at the Games a warm welcome to Malaysia, which has a population of around 32 million people.

Malaysain singer Dayang Nurfaizah also performed the official song of the 2017 South East Asian Games - Rising Together - during the Ceremony.

It came after the men's and women's marathon races took place.

Mary Joy Tabal claimed the Philippines' first gold medal of the Games as she won the women's race by clocking 2:48.26.

Tabal, who represented her country at last year's Olympic Games in Rio de Janeiro, crossed the line ahead of Vietnam's Hoang Thi Thanh and 2015 winner Natthaya Thanaronnawat of Thailand, who took silver and bronze respectively.

Thailand reigned supreme in the women's water polo tournament as they clinched gold by finishing at the top of the four-team group.

The Thai team secured the title by virtue of a 5-1 win over Singapore today, which gave them a 100 per cent record from their three round robin matches.

Singapore were forced to settle for silver, while Indonesia claimed bronze.

Sporting action at the event, which concludes on August 30, had already begun earlier in the week.