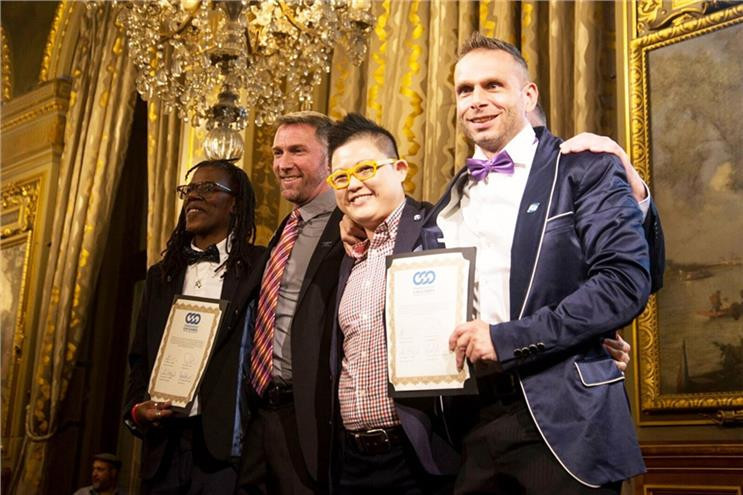 They were awarded them beating US capital Washington D.C. and Mexican city Guadalajara at the Federation of Gay Games (FGG) General Assembly in Paris.

"The FGG congratulates Hong Kong on being named the 2022 Gay Games XI presumptive host and being the first host city in Asia," Joanie Evans, Co-President of the FGG, said.

"We thank Guadalajara and Washington, D.C. for their incredible bids and helping further our mission of promoting equality in and through sport and culture."

It marks only the second time a city outside of North America and Europe will host the quadrennial event.

The FGG has made a commitment to diversity and expanding outside of North America and Europe with scholarship funds and other efforts.

The selection of the Chinese city strengthens that commitment.

Washington's delegation had been led by the city's Mayor Muriel Bowser.

She acknowledged, though, afterwards that negative international reaction to US President Donald Trump may have contributed to the decision to overlook the American candidate.

"Our bid proved that Washington, D.C. is strong not simply because we are diverse, but because we celebrate our diversity and inclusion," she said.

"As the world questions how the United States will position itself on the global stage, it is incumbent upon all of us to continue showing the world who we really are.

"We congratulate Hong Kong, and it is our hope that the 2022 Gay Games spark reforms to bring about equality for our LGBTQ (lesbian, gay, bisexual, transgender and queer) friends there too.”

Inspections of the three bidders took place in June and July by a team of inspectors from Australia, Germany, Canada and the US.

Final presentations were made in Paris before the final decision was announced.

Held every four years, the Gay Games is the world's largest sporting and cultural event specifically for lesbian, gay, bisexual and transgender athletes.

The Gay Games was conceived by Dr Tom Waddell, an Olympic decathlete, and were first held in San Francisco in 1982.

Some 17 cities expressed their interest in hosting the 2022 event.

The 2018 Gay Games are due to take place in Paris next August.

Those who exited the process in the semi-final round included Austin, Dallas, Denver, Salt Lake City and San Francisco in the US.

In the first phase, an additional nine cities had expressed interest.