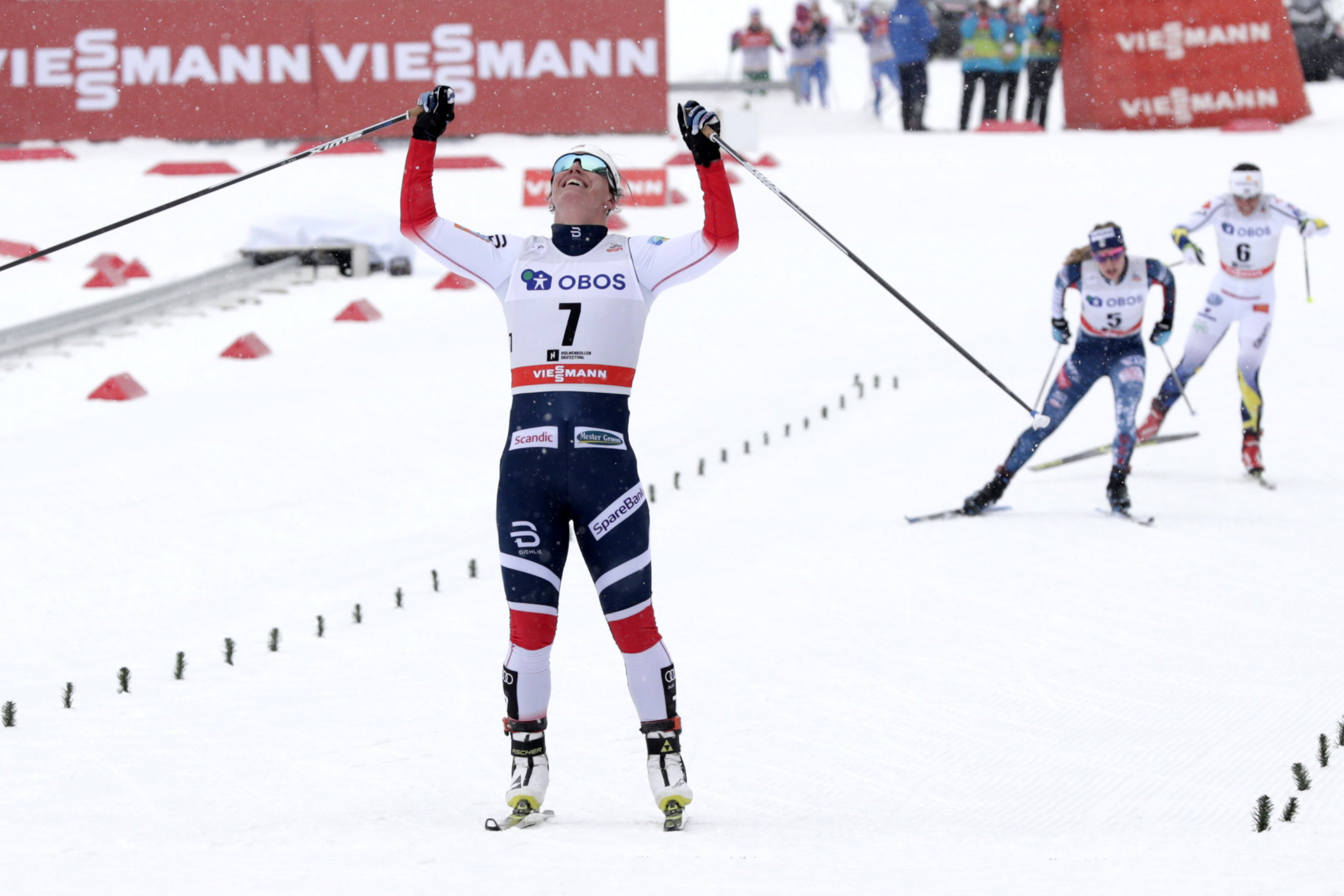 Her chances of adding to her previous six victories at the Holmenkollen 30 kilometre event appeared slim when the 37-year-old was around 30 seconds down on a leading group with a third of the race to go.

Bjørgen, however, worked together with fellow Norwegian Astrid Jacobsen to chase down the leaders.

They joined together in the final kilometre, with Bjørgen surging to the front to cross the line first in a time of 1 hour 18min 12.4sec.

"It is amazing that I was able to win today, I thought I was fighting for the fourth place," Bjørgen, said.

"When I was passing the stadium into the last lap it was around 20 seconds on the leading group.

"I was able to get some seconds back all the way.

"When I caught the leading group I had to give everything what I had."

Eight-time Olympic champion Bjørgen,, winner of two gold medals at Pyeongchang 2018, was followed across the line by Diggins.

She became the first American to win a medal at the Holmenkollen event after ending 3.6 seconds behind the winner.

Haga rounded off the podium places at 4.3 behind Bjørgen,, edging out Kalla by just 0.1 seconds.

Her compatriot Ingvild Flugstad Østberg and Diggins completed the top three after scoring 694 and 643 points respectively.

The World Cup season is due conclude with races in Falun next week.

Aaction is scheduled to take place in the Swedish city from Thursday (March 16) to next Sunday (March 18).