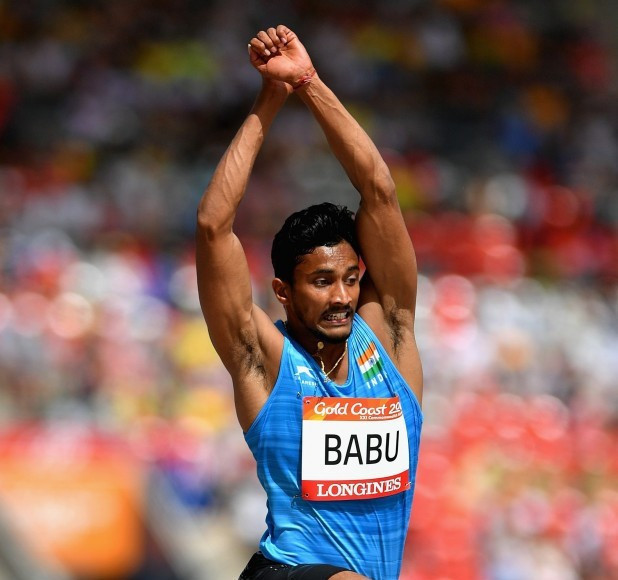 Babu has been banned from competing in the triple jump final tomorrow as a result of the decision from the CGF's Federation Court, which deals with disciplinary matters at the Games.

The two athletes were found to have given "unreliable and evasive" testimony after a syringe was discovered in a cup on the bedside table in their room in the Athletes' Village.

The CGF confirmed they had both been removed from the Athletes' Village.

"The accreditation of Babu and Thodi was suspended with immediate effect from 09:00 local time this morning," a CGF statement, read by President Louise Martin, said.

"We have asked the Commomwealth Games Association of India to ensure both athletes depart Australia on the first flight available."

The needle was found by a cleaner working for the Icognitus Cleaners company.

The operations manager provided "credible" evidence to the Federation Court after discovering the needle in bedroom two of apartment seven at the Athletes Village, assigned to the Indian team.

An investigation was then carried out by the Australian Sports Anti-Doping Authority, which revealed Babu had admitted to ownership of a bag where a syringe was found.

Babu and Irfan denied any knowledge of the syringe in the cup, while the 28-year-old triple jumper also insisted he was not aware of the needle in his bag.

It is the second time the Indian team have broken the no-needle regulations at these Games after boxing team doctor Amol Patil admitted to carrying out a vitamin injection on an athlete.

Patil was issued with a strong written reprimand by the CGF.

Gold Coast 2018 is the second consecutive Commonwealth Games where India has fallen foul of the CGF's no-needle rules.

India were officially warned about their use of needles by the CGF at the 2014 Commonwealth Games in Glasgow.

Similar suspicions were aroused during the 2016 Olympic Games in Rio de Janeiro.

Irfan competed at the 2012 Olympic Games in London, setting a national record of 1 hours 20min 21sec on his way to a 10th place finish.

The 28-year-old was 23rd at last year's International Association of Athletics Federations World Championships in London.