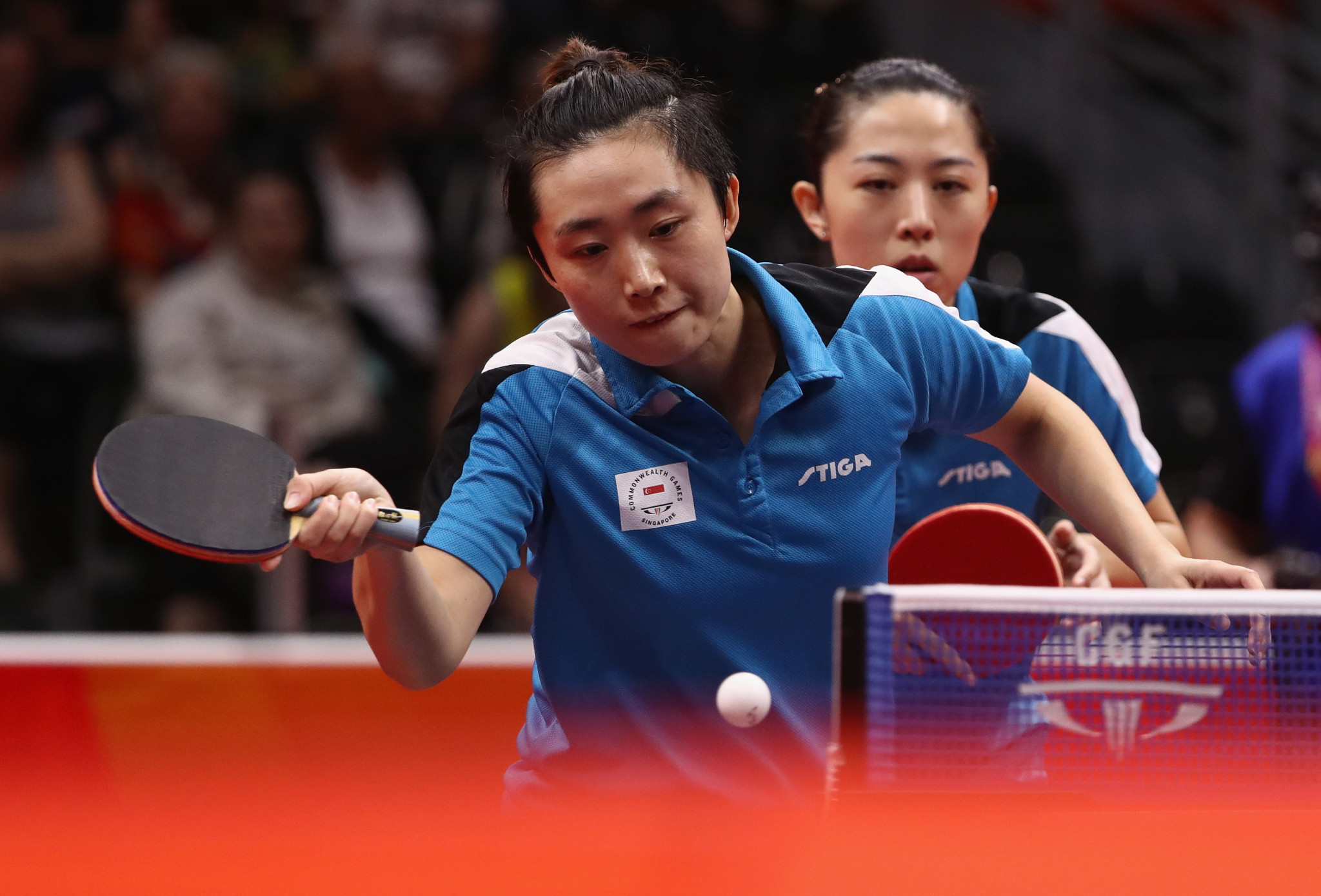 Singapore's Feng Tianwei and Yu Mengyu romped to a comfortable defence of their Commonwealth Games women's doubles table tennis title as they ruthlessly dispatched Manika Batra and Mouma Das of India with a 3-0 win in the final here.

Feng had extra motivation coming into the gold medal match after she was part of the Singaporean squad stunned by India in the team event here earlier this week.

Keen to make sure there was no repeat of the shock result, the World Championships bronze medallists dominated from the first ball and dropped just 14 points on their way to a dominant 11-5, 11-4, 11-5 victory.

Malaysia's Ho Ying and Karen Lyne had earlier claimed the bronze medal with a 15-13, 11-7, 8-11, 11-7 triumph over India's Sutirtha Mukherjee and Pooja Sahasrabudhe.

The win ensured Singapore maintained their record of winning every women's doubles gold medal since the sport was introduced onto the Commonwealth Games programme at Manchester 2002.

Jing Junhong and Li Jiawei topped the podium in Manchester before Li partnered Zhang Xueling to the title in Melbourne four years later.

Feng and Yu were overwhelming favourites to retain their crown and continue their rich tradition in the sport at the Games.

They would have been wary of the Indian pairing, however, following their shock defeat in the team event.

Batra had fought back from 2-1 down against world number four and two-time defending singles champion Feng to win the opening singles rubber of the competition on Sunday (April 8).

The world number 58 from India, though, was never given a chance to impose herself as Feng and Yu ran riot.

The Singaporean pair were one game up in a flash and moved to the brink of the gold medal when they claimed the second in similarly-quick fashion.

From then on, the destination of the title was clear and it was just a matter of time before their victory was confirmed.

Yu fittingly sealed the deal with the final shot of the match, unleashing a powerful forehand the Indian pair simply had no answer to.

The two could yet meet in the gold medal contest in the women's singles as both players are in semi-final action tomorrow.

"Every medal is a challenge," said Feng.

"We were very motivated to win this gold medal after our loss against India in the final of the women's team event."