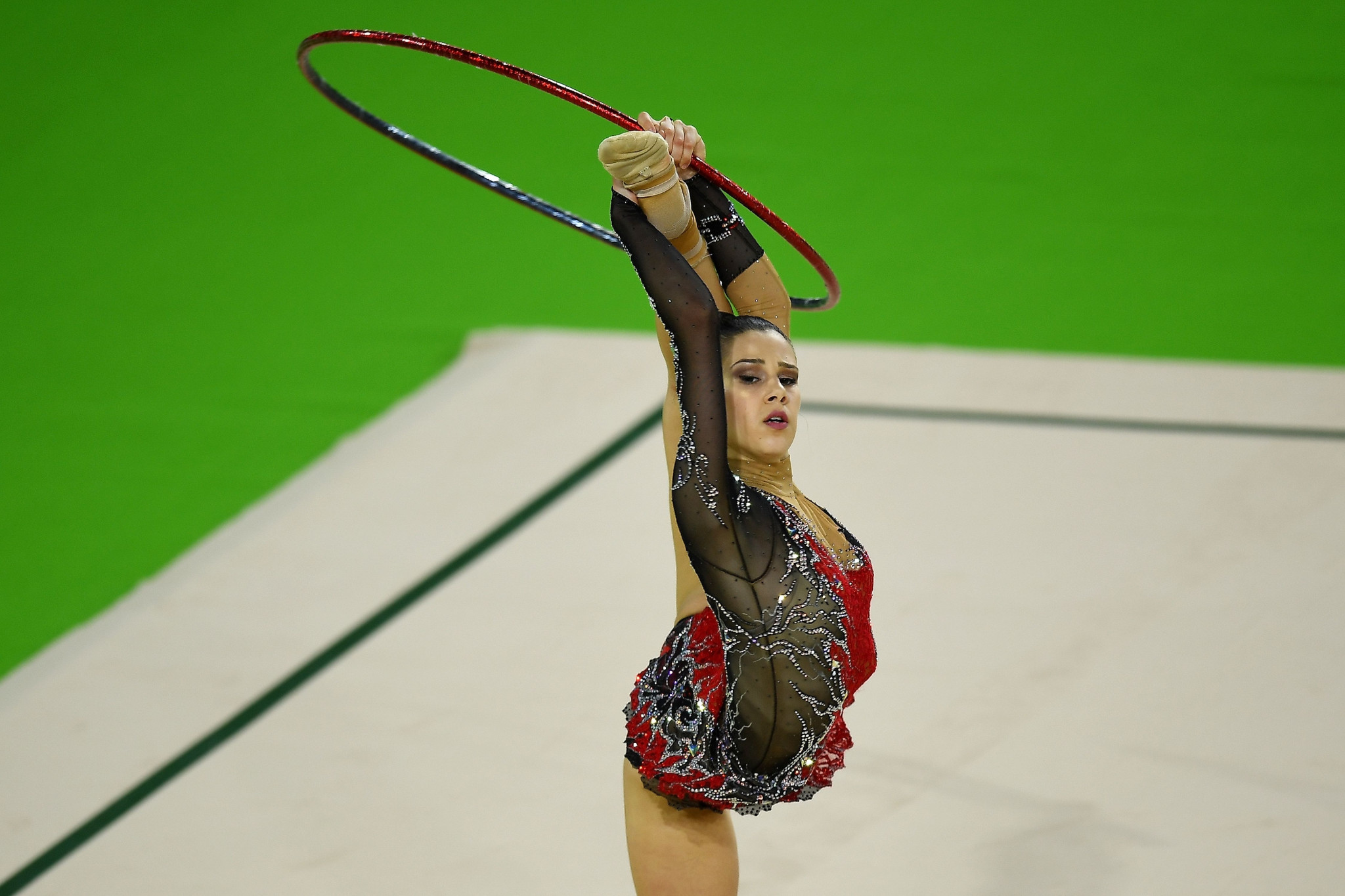 Diamanto Evripidou of Cyprus won two further Commonwealth Games gold medals in the apparatus finals in rhythmic gymnastics and one in each of the other events to bring her individual haul to six.

In the individual hoop, she scored 14.850 points to win the first gold of the day ahead of Laura Halford of Wales with a judges mark of 14.000 and Kwan Weng Dict of Malaysia, who received 13.550.

Everipidou followed up 13.800 points for the gold medal in the ball.

Si Yan Koi of Malaysia won the silver medal with 13.400 points and there was a bronze for Australia’s Alexandra Kiroi Bogatyreva scoring 13.250 points.

The emotion was clear as the enormity of what she had achieved dawned on Evripoudou after her fourth gold medal of Gold Coast 2018.

"I came to win one medal only and I have six," she said.

"These Games were everything for me.

"I wanted so much to be here.

"I only want to see my family.

"I miss them so much.

"I spoke them and they are all crying.

"They said whatever I do today they were just proud of me.’’

Sophie Crane of Canada dropped her clubs at the start of her routine but still scored 13.950 points to win.

It was the first time this entire week that Evripidou had been denied a gold points.

Koi’s 13.850 points was good enough for silver and Evripidou had to settle this time for bronze with a score of 13.550.

It was Crane’s first senior event and she confessed, "It was a shock to me even to get here let alone qualify.

‘"I didn’t want to keep the drop in my head or it would have affected the rest of my routine.

"My routine has a lot of difficulty and the rest of the routine besides that one drop was well executed in my opinion."

Kwan Dict When of Malaysia won the ribbon final with a score of 13.200 points.

Evripidou won a silver to complete her medal set of each colour.

"This is a gift for me," Dict When said.

"I am very happy and very excited."

"I never expected it would be a gold, never."

Even so , she admitted that the individual bronze medal in the all around the day before meant more.

"I was ranked bottom some how I managed to climb up to bronze.

"That’s the most amazing time for me.

"I must be dreaming."