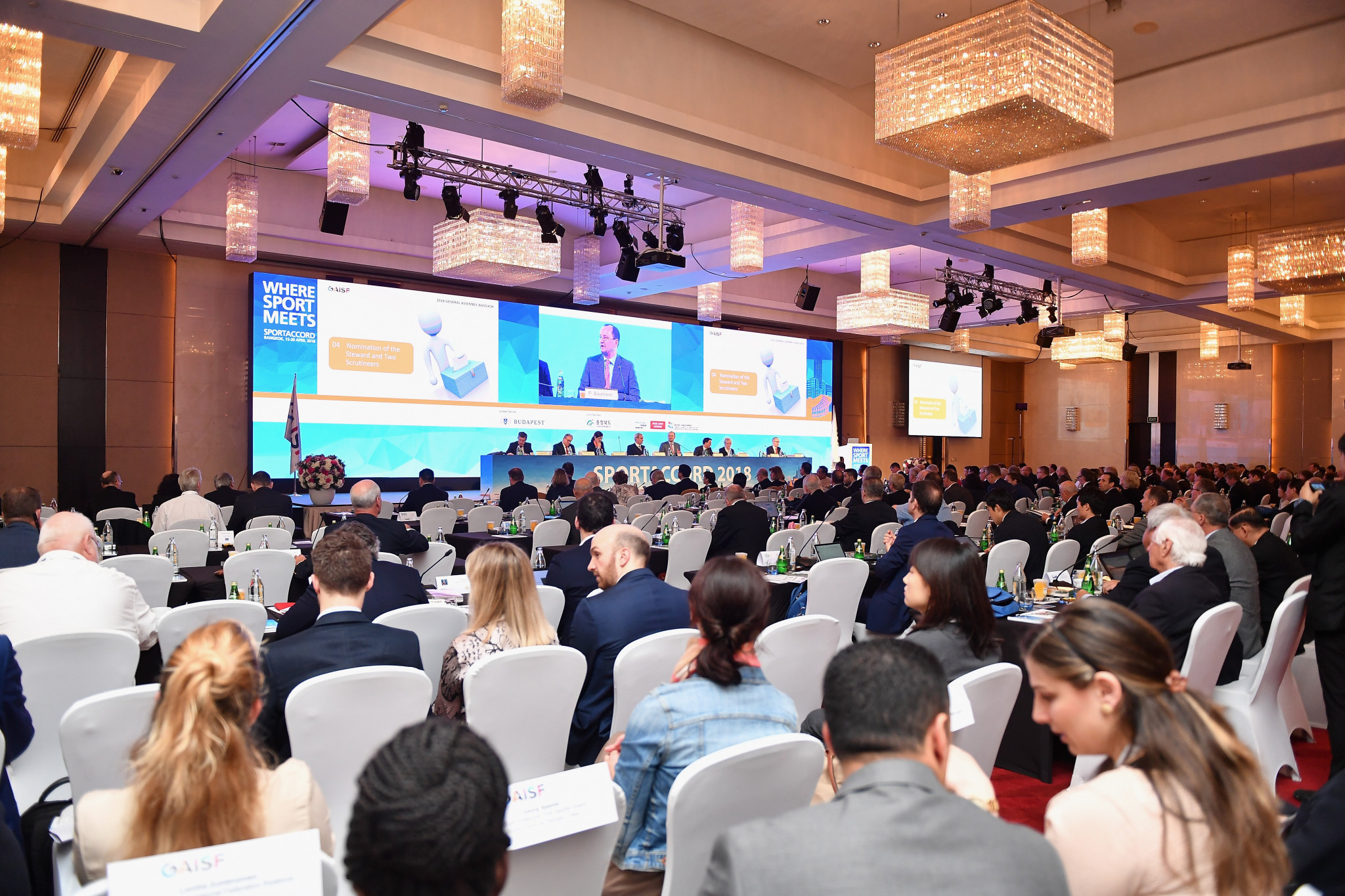 Hosts of the 2019 SportAccord Summit have still yet to be revealed, despite Hungary’s capital Budapest widely expected to stage the event.

The date and place of the next statutory General Assembly of the Global Association of International Sports Federations (GAISF) was due to be confirmed during the body’s General Assembly here today, thus confirming the hosts of next year’s SportAccord Summit.

But GAISF President Patrick Baumann revealed it remains a secret and that another couple of weeks are needed before an announcement can be made.

The last time a SportAccord Summit concluded without the following year’s hosts having been confirmed was in 2015, when Sochi pulled out of its contract to host the next five editions following then SportAccord President Marius Vizer’s public criticism International Olympic Committee President Thomas Bach, prompting several Federations to resign from the organisation.

"We have a couple of avenues that are going on in parallel," Baumann said in a press briefing following GAISF's General Assembly.

"There’s a preferred one and finding a solution with that is taking a little bit more time than expected.

"We just have to be patient."

Bangkok was officially confirmed as the host of this year’s SportAccord Summit following an official signing ceremony in May 2017.

Thailand's former Deputy Prime Minister Tanasak Patimapragorn and current Sports Minister Kobkarn Wattanavrangkul were among those present for the event in the country's capital, along with SportAccord Summit managing director Nis Hatt.

Bangkok was announced as the host city for 2018 during the previous month’s SportAccord Summit in Aarhus in Denmark.

The event, which opened on Sunday (April 15), finished today.

The 2018 SportAccord Summit immediately followed the Commonwealth Games in the Gold Coast.