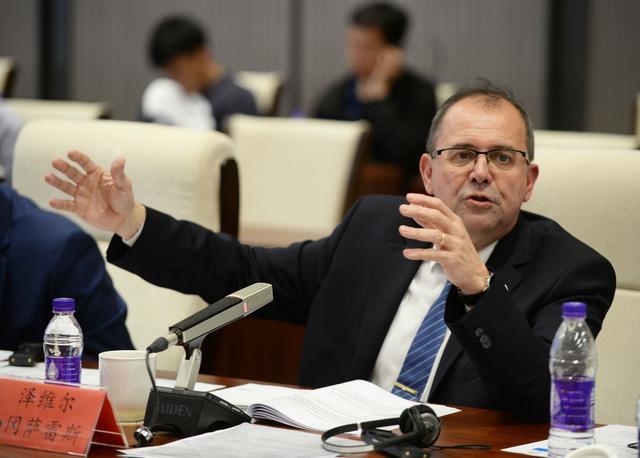 The official made the assertion at the conclusion of the IPC's two-day project review with Beijing 2022 organisers.

Beijing 2022 made presentations on 10 themes during the visit, including venue construction, sports and barrier-free access.

Beijing vice-mayor Zhang Jiandong vowed the organisation would increase the pace of preparations for the Games.

The official, the executive vice-president of Beijing 2022, also claimed standards would be boosted further.

"It will adhere to the principle of preparation on a synchronised basis, one duty and double responsibility, actively absorb the opinions of the IPC and accelerate the construction of stadiums and infrastructure.

"We will do a good job in the organisation of events and service guarantees, vigorously carry out promotion, do a good job of inheritance work, strengthen barrier-free environment construction and complete the various tasks for the Winter Paralympic Games with high quality and high standards."

#Beijing2022 venues will be built or renovated to meet high standards and the needs of Para winter sports, and earnest efforts will be made to engage the public, especially the youth, to raise awareness of the Paralympic Winter Games, Zhang said. #Paraympics @Paralympics @IPC_CEO pic.twitter.com/H20XB2kKLj

Gonzalez expressed his hope the Games would build on Beijing 2008 legacies to further change attitudes toward people with impairments and promote the growth of Para-winter sports.

"The Beijing 2022 Organising Committee has always adhered to the principle of two Games organised in a synchronised manner and has always maintained close cooperation with the IPC," he said.

"It is committed to the ensuring the two Games are equally wonderful.

"Such an idea and practice is remnant of Beijing 2008 Olympic inheritance and development."

When sports returns from the coronavirus pandemic it must get the tone right - something the Commonwealth Games has done more regularly than other events. Mike Rowbottom reports.