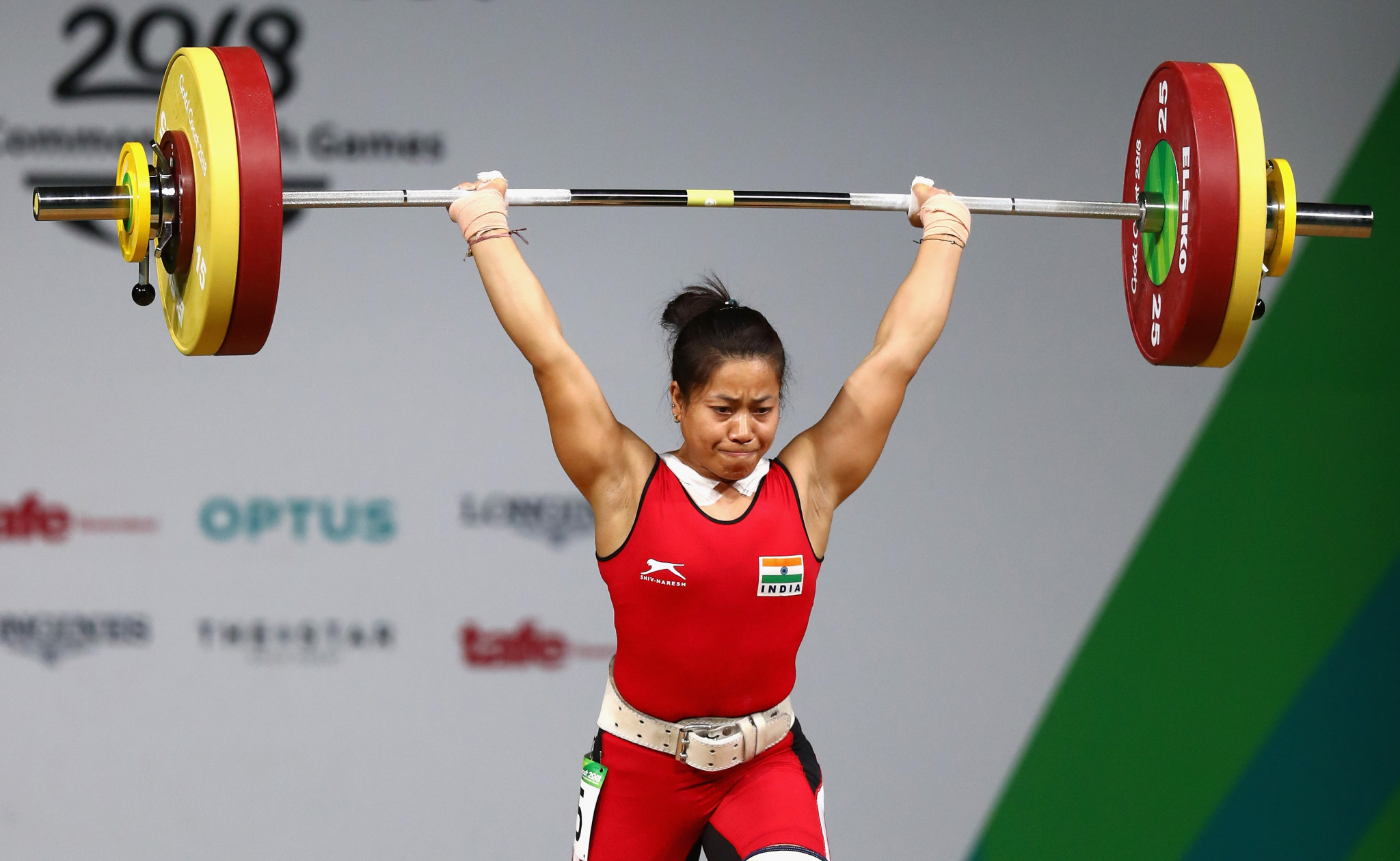 An Indian weightlifter who won her second Commonwealth Games gold medal last month has failed a doping test, and Spain has had its first positive in the sport in eight years.

Both cases were among five announced by the International Weightlifting Federation (IWF).

India's Sanjita Khumukcham, 24, the gold medallist at 53 kilograms at the Commonwealth Games in Gold Coast, Australia, last month, was also a winner at 48kg in Glasgow four years ago.

The Spanish failure is Marcos Velasco, a 21-year-old 105kg lifter who was European junior champion in 2016.

Iuri Dudoglo, a 26-year-old Moldovan, who also competed for Azerbaijan and who was already serving an eight-year ban for a second offence, has also been announced as a failure.

Also confirmed as failing by the IWF is Thailand's Witoon Mingmoon, 22, a bronze medallist at 56kg in last year's IWF World Championships and the 2016 junior world champion.

Anastassiya Ibrahimli, 24, of Azerbaijan, who also competed for Kazakhstan under the surname Shvabauer, and who was a gold medallist at 69kg in last year’s Islamic Solidarity Games, completes the list.

Velasco, who was awarded a Spanish Olympic scholarship only two weeks ago, is his nation's first positive since Jose Perez in August 2010.

Mingmoon's case, if confirmed, will take Thailand beyond 10 positives since 2008, which will lead to a reduced quota of places for the Tokyo 2020 Olympic Games.

Moldova was already on 12 cases, and if Dudoglo's B sample is confirmed they could be in further trouble, as they will have totted up three positives within a calendar year - three within a month, in their case - which can lead to a two-year suspension.

Khumukcham's case is India's 12th so they, too, will have a reduced quota for Tokyo, while Ibrahimli is Azerbaijan's 29th case since 2008, with others yet to be dealt with.

There are no details of when and where any of the lifters were tested, but if Khumukcham loses her gold medal than Dika Toua of Papua New Guinea will be promoted to first place for a second time, having finished 10kg behind.

She finished second to the Nigerian teenager Chika Amalaha at the Glasgow 2014 Commonwealth Games, and was awarded gold after Amalaha tested positive.