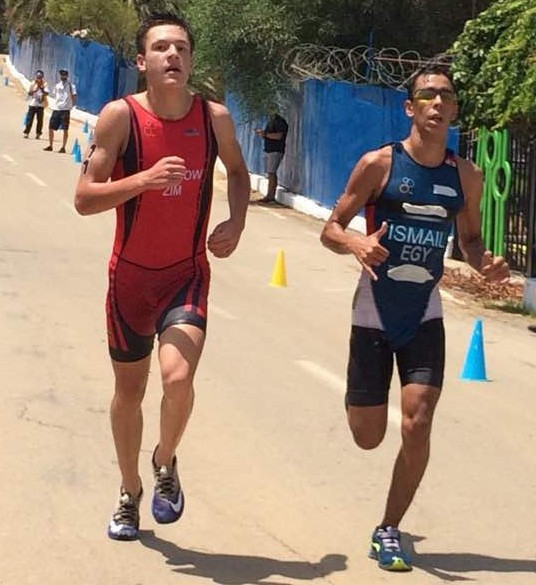 Egypt won gold medal in the boys’ triathlon on the final day of the 2018 African Youth Games in Algiers to finish top of the medals table with 86 golds.

The boys’ and girls’ triathlon races were the only events taking place today after 10 days of competition in the Algerian capital.

Siefeldin Ismail, 17, took the boys’ title in a time of 1 hour 03min 47 sec, finishing 47 seconds ahead of Matthew Denslow from Zimbabwe.

Remy Gerard from Mauritius then took third place in 1:05:08, another 38 seconds behind Denslow.

In the women’s race it was Tunisia who took the gold thanks to Syrine Fattourn.

She came home in 1:11:32, almost two minutes ahead of 16-year-old Andie Kuipers from Zimbabwe.

More medals for Zimbabwe at the African Youth Games in Algeria, as Mathew Denslow and Andie Kuipers have both taken silver in Triathlon. Total medal count is now nine @StarfmZimbabwe pic.twitter.com/CQzXRmbeYx

Third place in that race was seized by Morocco’s Kanoun Karima in 1:14:07.

Thanks to Ismail’s gold in the boys’ race, Egypt finished the Games with a total of 163 medals.

As well as the 86 golds, the North African country also won 45 silvers and 32 bronze.

Among the many gold medallists for Egypt were Sara Gouda, who triumphed in girls’ wrestling under 43 kilogram category, swimmer Sandy Ayman, winner of the girls’ 400 metre freestyle, and the girls’ volleyball team, who defeated Cameroon in their final 3-0.

This was only the third edition of the African Youth Games.

Egypt also topped the medals table at the second edition in 2014, when the country finished with 89 medals, 44 of them gold.