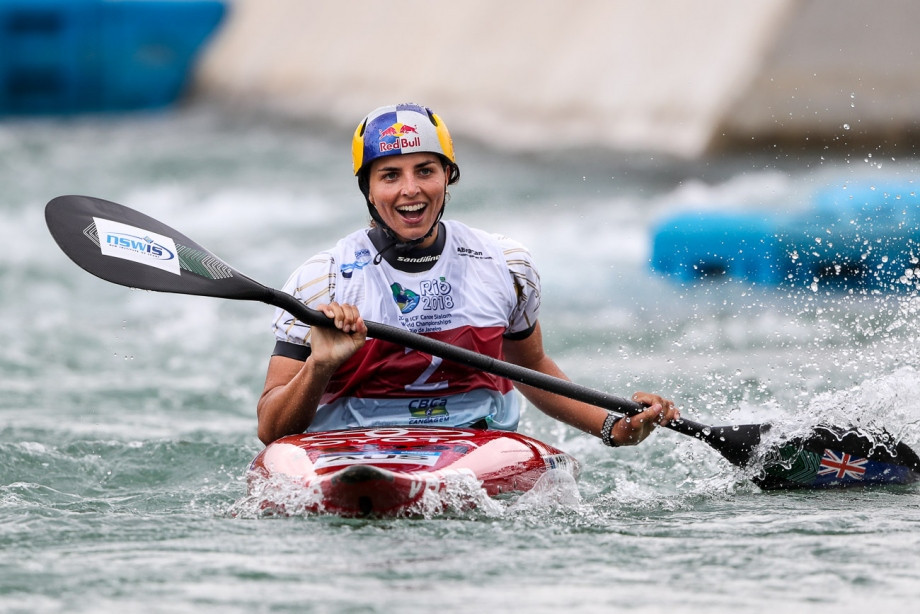 Australia's Jessica Fox won her sixth individual title and became the most successful solo paddler in the history of the sport on an emotional day at the Canoe Slalom World Championships in Rio de Janeiro.

Germany's Franz Anton won his first C1 men's title at this International Canoe Federation event and then paid tribute to his friend Stefan Henze, who died in a car accident at the Rio 2016 Olympics.

Fox, the defending champion in the women's K1, had qualified only sixth fastest for the final, and looked on as the top five qualifiers all failed to top her time of 102.06 seconds.

She said her win was some compensation for the disappointment of finishing third at the Rio Olympics.

"I'm quite emotional and shocked," Fox said after her win on the Rio 2016 course.

"I had a great run until I got to the bottom section and then it almost fell apart.

"I'm just so happy I was able to hold it together and escape what could have been a terrible mistake.

"With Rio I felt like I had a bit of unfinished business after the Olympics, I left a bit frustrated with my paddling.

"I just wanted to come here and be free and really unleash in that final.

"I can't say I look at the statistics, I'm just here to do what I can do.

"I hope six world titles is not the end of my journey, I'm feeling like I'm at my best and hopefully can keep going that way."

Britain's Mallory Franklin took the silver in 104.34 and Germany's top qualifier Ricarda Funk, with a two-second penalty, was third in 105.32.

Anton fought back the tears after hanging on to win gold in the men's C1, revealing later that it was the memory of German coach Henze which drove him to victory.

"We lost Stefan here two years ago, and this is something I always have with me," Anton said.

"It was great that he could be here with me on this run and that I could be fast.

"His last day was the final day of our C2 run, and after he was gone.

"This was the memory when I went back home, so it's great that I could come back here and win the medal.

"He was a good friend, we are a team and everyone knows each other.

"We have such great emotions and memories."

Anton posted a time of 97.06, with Britain's Ryan Westley second in 97.94 and another German, Sideris Tasiadis, finishing third in 98.87.