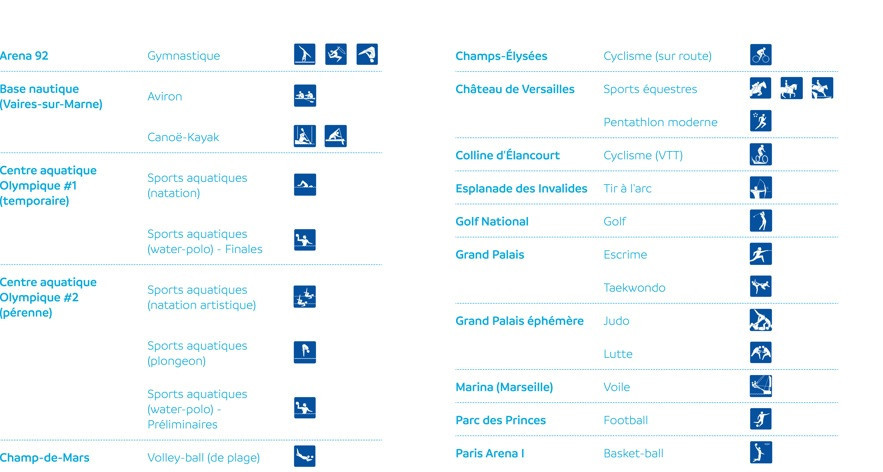 Adding a new facility for judo and wrestling and the tweaking of aquatics events were among the key venue changes presented by Paris 2024 to the International Olympic Committee (IOC) Executive Board here today.

The alterations to the venue plans of Paris 2024 were approved by the Executive Board following a meeting today.

They come as part of an attempt from local organisers to reduce expenditure amid fears of soaring costs linked to Paris 2024 venues.

Judo and wrestling competitions at the 2024 Olympic Games in the French capital were due to be held in Bercy but they are both now due to take place at a temporary facility at the Grand Palais on the Champs-Élysées.

Paris 2024 claim to have taken advantage of the renovation of the Grand Palais building, planned independently of the Games, by adding a temporary venue for the two sports there.

The Stade Pierre-de-Coubertin had previously been planned to stage preliminary women’s basketball matches.

Paris 2024 officials also confirmed today the IOC had approved all aquatics events - except for the 10 kilometres marathon swimming competitions - being held at one Aquatics Centre.

The proposals were announced in June following an IOC Coordination Commission visit to Paris and were officially rubber-stamped by the Executive Board.

A temporary pool at the Plaine Saulnier site in Seine Saint-Denis site will host Olympic and Paralympic swimming events, as well as water polo finals.

Water polo finals were initially earmarked for marville, with the pool there now becoming a training facility.

The planned volleyball and badminton courts for the Games were described as "abnormally expensive" in the Government report into projected costs for the overall event earlier this year.

The final venue plan of Paris 2024 is due to be confirmed in 2021 following the decision on potential new sports from the IOC, expected in 2020.