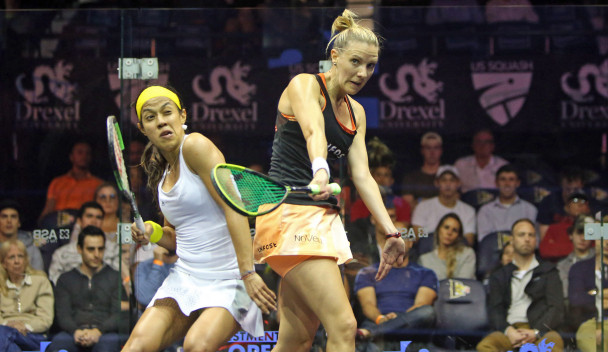 Defending champion Ali Farag of Egypt beat Welshman Joel Makin in straight games to progress to the quarter-finals of the Professional Squash Association (PSA) US Open at Philadelphia's Drexel University.

"I'm delighted," said Farag after his win at the World Tour Platinum tournament.

"You can see how hungry he is, he never gives up on any ball and never gives you any cheap points, which is great to see.

"On court with him it is never easy and being 9-2 up in the third he still caused me problems.

"I think the second game was crucial, I think if he had have won that then the dynamics of the match would have changed and I got away with a 3-0 win."

Germany's Simon Rösner and Colombia's Miguel Angel Rodriguez have also progressed to play each other in the quarter-finals.

In the women's competition, Tesni Evans of Wales secured her place in the quarter-finals after beating New Zealand's Joelle King in a five game thriller.

The quarter-finals will be played tomorrow and Thursday (October 11).