Day two of the IOC Session as Rio 2016 countdown continues 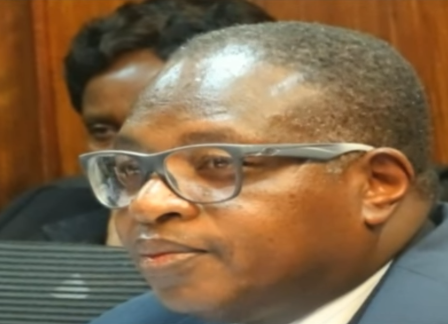 A police source told the Daily Nation that Soi, who served as Kenya's Chef de Mission at Rio 2016, was held at Muthaiga Police Station.

Detectives have long been seeking to establish whether there is evidence that officials either mis-used or stole money allocated to the Kenyan team that travelled to Brazil two years ago.

It follows the Olympic Games Probe Committee revealing that the Sports Ministry had signed a ticketing deal with a Kenyan-based travel agency to offer tickets at a higher price than usual.

Additionally, the police are said to be targeting former NOCK President Kipchoge Keino.

In a statement, Director of Public Prosecutions (DPP) Noordin Haji has said that all six men, along with Patrick Kimathi, the former finance officer at the Ministry of Sports, Culture and the Arts, should be charged over misappropriation of KES55 million (£415,000/$546,000/€471,000) at Rio 2016.

The DPP says the seven should face the six counts of abuse of office and four counts of willful failure to comply with laws relating to the management of public funds, contrary to the Anti-Corruption and Economics Crimes Act.

Haji has said the seven are directed to report to the Director of Criminal Investigation Headquarters on or before Monday (October 15).

"Failure to which the process of obtaining warrants of arrest shall commence before a competent court," the statement adds.

"I have further noted that several individuals were unlawfully facilitated by the above individuals with air tickets and allowances to travel to Rio.

"As such, I have referred the matter to the Asset Recovery Agency for recovery of the same."

Haji has also directed further investigations to be conducted into donations made to the NOCK and contracts between the NOCK and clothing giants Nike and the utilisation of monies realised there from.

insidethegames exclusively revealed in November 2016 that the NOCK is receiving $5.7 million (£4.5 million/€5.2 million) as part of an eight-year contract with Nike.

The 18-year reign of runner Keino, the double Olympic gold medallist, as chairman of the NOCK came to an end in September 2017.

It was then that he was replaced by Paul Tergat who was elected after his only rival was ruled out from standing.

Tergat, the former world record holder for the marathon and double Olympic silver medallist, was elected unopposed after the Elective General Assembly decided his only rival, Patrick Muyah, the acting chairman of the Kenyan Swimming Federation (KSF), should not be allowed to stand.

He had been the only candidate when the original election was due to be held on May 5 before they were called off at the last minute after a High Court injunction was obtained by the Kenyan Taekwondo Association (KTA), who had been barred from participating.

The Sports Dispute Tribunal and High Court stopped five governing bodies, including the KSF and KTA, and the persons they had proposed as candidates, from standing and they were barred from voting in the elections.

Others not allowed to participate were Badminton Kenya, the Kenya Cycling Federation, the Kenya Rowing and Canoeing Federation and the Kenya Weightlifting Association due to a dispute over their status.

He was one of several officials standing for key positions who have also been implicated in corruption allegations arising from Kenya's participation at Rio 2016.

In November 2016, Kenyan police raided Ekumbo's apartment in Nairobi, finding both money and a kit full of supplies meant for Kenya's national team.

Authorities found Ekumbo hiding under his bed as they investigated further into the stolen property.

He was held in prison for three days before he was formally charged with theft.

The order ended the hopes of James Chacha, hoping to be re-elected as deputy secretary, and Soi, standing for re-election as deputy treasurer, as they had both been nominated by KTA.

But the aforementioned Kanyili, one of the officials arrested upon Kenya's return from Rio 2016, was re-elected as secretary general.