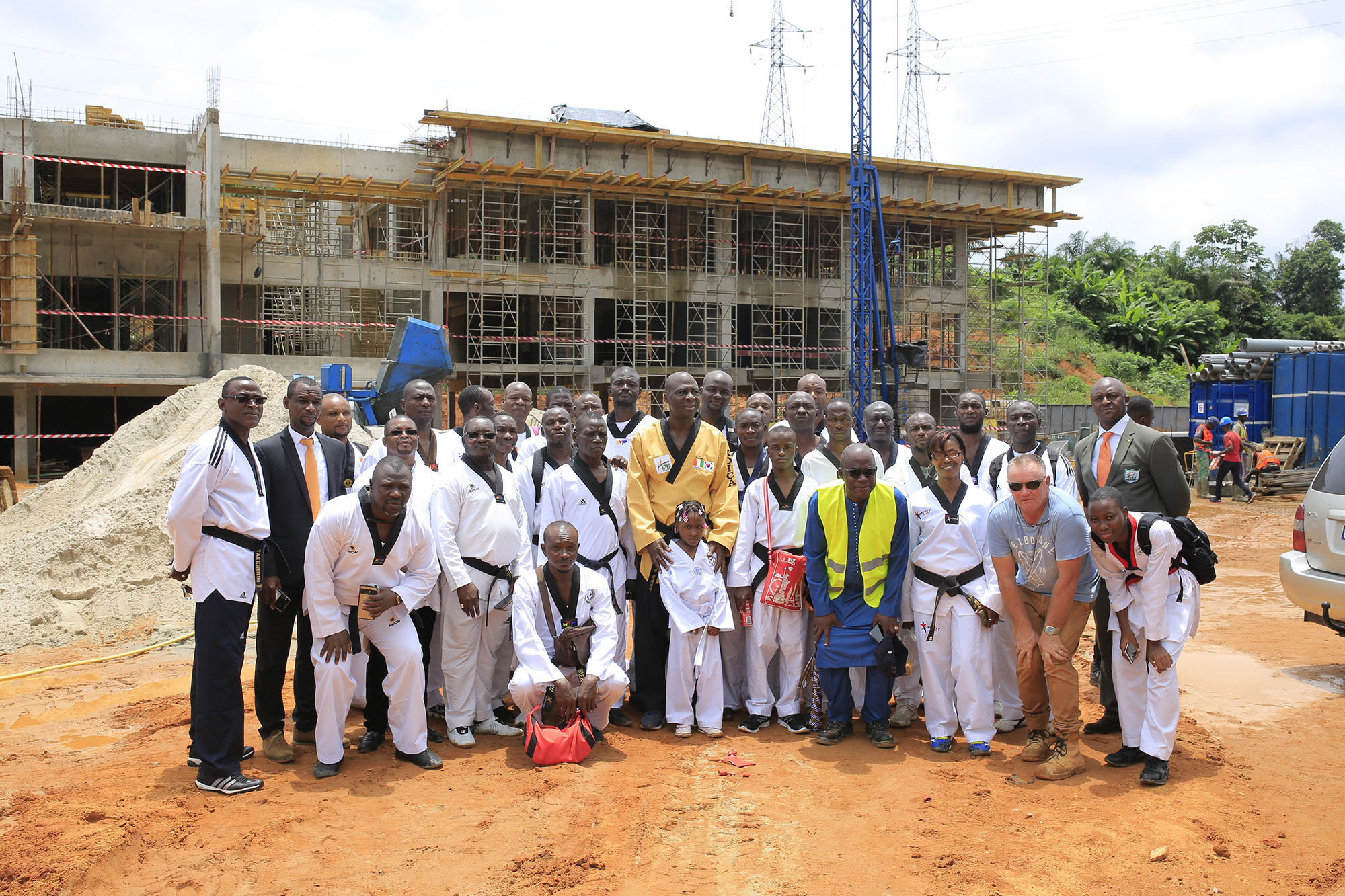 Members of the Ivory Coast taekwondo community visited a new facility being created for the sport in the country to check on its progress.

The sports complex, known as the Taekwondo Palace, is currently under construction in Abidjan.

Bamba Cheick Daniel, the President of the Ivorian Taekwondo Federation (FITKD), led the visit to the site.

Around 50 people spent around two hours looking around and also watched a 3D film on the venue.

Work began in September last year and is due to be complete in December 2019.

The venue could then be handed over for use by March 2020.

Once completed, the facility will include a 1,500-seat competition hall which will also be used for other sports.

A conference room, computer room, library and FITKD offices will also be included.

Koné Tidiane, the President of the Taekwondo Leagues Forum of Ivory Coast, was among those to attend and thanked Daniel for his "impressive work".

The construction comes after a golden period for Ivorian taekwondo following Cheick Sallah Cissé's Olympic title in the men's 80 kilograms class at Rio 2016.

Gbagbi then added 2017 World Championship gold in Muju in South Korea, as well as the Grand Prix title in Moscow and top spot at the Grand Slam Champions Series in Wuxi.