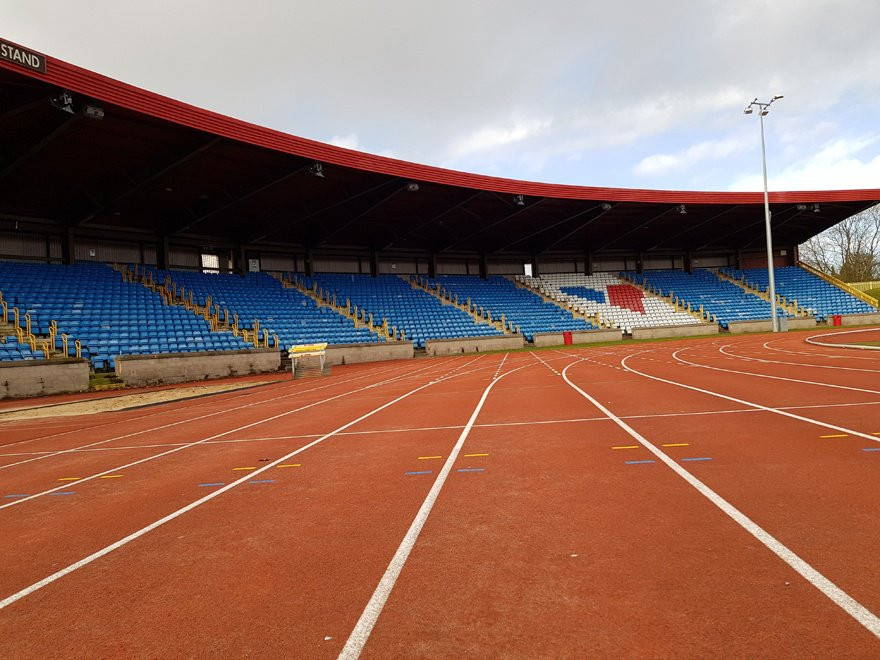 The sport and venue programme for the Birmingham 2022 Commonwealth Games was confirmed and celebrated here today with 17 sports set to take place over 11 days of competition at venues across the host city and throughout the West Midlands and beyond in four years' time.

Twelve of the 17 sports will take place in existing venues across the host city.

Athletics and Para-athletics will be held at a significantly-upgraded Alexander Stadium, located close to the Commonwealth Games Village.

Birmingham University's facilities will be home to hockey and squash, and Aston Villa's football ground Villa Park will be the stadium for the rugby sevens action.

A city-centre location for the 3x3 basketball and wheelchair basketball events is still being finalised.

All of the venues are already open, with the exception of the new Aquatics Centre planned to be built in Sandwell.

Five English Commonwealth Games medallists, including Gold Coast 2018 champion boxer Galal Yafai, joined Birmingham 2022 chairman John Crabtree and pupils from Mapledene Primary School for a sporting showcase here today at the NEC, one of the key venue clusters for the Games, which are scheduled to take place from July 27 to August 7, 2022.

"It's basically saying the venues are already there," Crabtree said of the plan when speaking to insidethegames.

"We've got the infrastructure in place and that's of course why we won the bid.

"Every city in the West Midlands will understand all these venues, apart from Sandwell, which is a new facility.

"But we are working on Sandwell anyhow.

"They've recognised their need for a new facility there so we'll have a bigger and enhanced one because of the Games.

"But basically, all we are doing is adding to what was already being planned.

"Otherwise, the venues will be improved and enhanced and dusted and polished, and all the other things you'd expect.

"That's part of the joy of this.

"There's no risks of any white elephants afterwards.

"There won't be any empty stadiums after it, not being used."

Video: Take a tour of the #Birmingham2022 Commonwealth Games venues: https://t.co/q5PlAiEpyi 17 thrilling sports will take place at venues across the host city and throughout the West Midlands and beyond. Find out more here: https://t.co/eXOZsBaoPI @thecgf pic.twitter.com/pbwRGiYKmU

It is hoped venues across the West Midlands will also help maximise and spread the involvement and benefits to regional communities close to Birmingham, with swimming and diving at the Aquatics Centre in Sandwell, six miles from Birmingham City Centre.

Triathlon will also be six miles away at Sutton Park in Sutton Coldfield, while mountain biking will be 16 miles away at Cannock Chase, netball 17 miles away at the Coventry Arena, and lawn bowls 21 miles away in Royal Leamington Spa.

Furthermore, the Lee Valley Velopark in London's Queen Elizabeth Olympic Park, some 102 miles away, will host track cycling on the 10th anniversary of the 2012 Olympic Games in England's capital.

Organisers have previously defended the process which led to a velodrome in London being selected for Birmingham 2022.

A petition was set up to try to persuade Birmingham 2022 to change their plans and build a new velodrome in the city instead.

Birmingham 2022 said a study had concluded that a new velodrome would not be "cost effective".

According to the Birmingham Mail, however, a Freedom of Information request for the research to be published ultimately led to the city's Council admitting that no specific feasibility study had actually been conducted before they arrived at their decision.

Instead, it was claimed the decision was reached in consultation with British Cycling and Sport England.

"I think they (those against the idea) understand why - there's no velodrome in Birmingham," Crabtree told insidethegames.

"You know the answer to that.

"There are lots of other people who need that money when services are being cut and so on.

"If you were going to make that investment, like I said about the Games itself, you'd have to be confident there was going to be sufficient demand for that unit afterwards to make it work.

"There would be far more criticism if Birmingham spent that money and there was just an empty building up.

"I don't know anything about it, but I'm assuming with Derby, London and Manchester already, that demand is probably not there."

The sport programme for Birmingham 2022 includes all mandatory sports and disciplines as per Commonwealth Games Federation (CGF) rules, as well as an approved selection of optional sports chosen by the Local Bid Committee: diving, 3×3 basketball and wheelchair basketball, mountain biking, track cycling and Para-track cycling, rhythmic gymnastics, and Para-triathlon.

Wheelchair basketball will makes its first appearance at a Commonwealth Games in 2022, and organisers have committed to ensuring that the next edition builds on the event's track record of inclusive Para-sport and gender equal medal opportunities.

In line with previous Games, the cycling road race and marathon routes will be confirmed closer to the time, and ongoing venue-planning and technical assessments may necessitate event host arrangements being subject to change.

"The Commonwealth Games will showcase the very best of Birmingham, the West Midlands and the UK to the rest of the world," British Sports Minister Tracey Crouch said.

"This is an exciting sport programme that will be held at some of the region’s most iconic sites and venues.

"I am particularly pleased that it features an inclusive Para-sport programme and equal medal opportunities for men and women."

Birmingham City Council Leader Ian Ward, who led the city's successful bid, added: "Birmingham has a global reputation as a sporting city and this line-up of venues underlines just why we were selected to host the 2022 Commonwealth Games.

"This city has a very strong track record of successfully staging major championships and athletes love competing in front of enthusiastic and knowledgeable Birmingham audiences.

"In 2022, the world’s top stars are guaranteed a warm welcome over what we can be sure will be 11 unforgettable days of sporting action in top-class facilities."

There remains interest from a number of additional sports and disciplines over and above the programme announced today.

The Organising Committee is therefore currently conducting an additional sports review and costing to look at the possibility of including further sports in the Games.

The sports and disciplines being considered as part of the additional sports review and costing are recurve archery, cricket, Para-table tennis, beach volleyball, and clay target, full bore, pistol and small bore shooting.

These are the remaining optional sports in the CGF Constitution.

The Organising Committee Board will review the outcome of this scoping exercise next year before deciding whether to apply to the CGF to propose an increase to the confirmed sports programme or an increase to the body's cap on athlete numbers.

Staging the Commonwealth Games will cost £750 million ($977 million/€852 million) but doubts over Birmingham's ability to pay for it has been raised after the City Council used £117 million ($152 million/€133 million) of emergency reserves in just two years to keep going.

A Government-led improvement panel is currently monitoring Birmingham City Council's management but Ward has insisted there are no fears the Commonwealth Games will cause it further financial problems.

Asked about the doubts, Crabtree told insidethegames: "It’s a big City Council with a big balance sheet, so it will need help and it will need other sources of finance I suspect to make this work.

"But there’s time to do that and the ingenuity is there.

"I think the other side of the coin, which I think people tend to miss, is that wherever you are, as they say in business, you look at investment, you look at return.

"And in this case, the amount being invested compared to the potential return in four years’ time is just massive.

"So I think you’d be mad to think this is not a good investment."