Fifteen sports and 21 disciplines will be contested at Minsk 2019.
Thirteen venues will host events at the second European Games.
The Opening and Closing Ceremonies of the second European Games will take place at the Dinamo Stadium, which will also host the athletics events.
Minsk is the capital and largest city of Belarus, situated on the Svislač and the Nyamiha rivers.
Minsk has a population of 1.98 million people.
The Minsk 2019 mascot is Lesik the Fox who represents friendship, development, harmony, discipline, determination, cheerfulness, invincibility and vigour!
Lesik is pretty easy to spot with his red hat, white and green shirt, black shorts, blue shoes and yellow fur. These same colours are used on the Minsk 2019 logo.
One-hundred-and-ninety-nine medal events will be contested at Minsk 2019; 91 men’s events, 89 women’s events and 19 mixed events.
In all, 4,022 competitors will take part over 10 days.
The European Games take place every four years, the first of which was held in Baku, Azerbaijan in 2015.
Eight sports taking place at the European Games will serve as qualifiers for the Tokyo 2020 Olympic Games.
Minsk was elected as the venue for the second European Games on October 21, 2016 at the General Assembly of the EOC.
Fifty One European National Olympic Committees will be represented in the Belarusian capital during the Games.
Belarusian athletes won 43 medals at the first European Games - 10 gold, 11 silver, and 22 bronze - and finished seventh on the medal table.
The second European Games will be held at the largest sports facilities in Minsk, such as stadium “Dinamo”, “Minsk-Arena” and “Chizhovka-Arena”.
More than 8,000 volunteers will help prepare and stage Minsk 2019.
Minsk 2019 volunteers are assigned to one of 20 roles ranging from spectator services, hospitality, venue management, medical services, transport and protocol assistants.
Belaruskali is a Premium Partner of Minsk 2019 whilst Yasna-Beltelecom, MTS, Fabrika Reklamy, Belarusbank, UNICEF and LUCH are National Partners.
Faroe Islands will be able to compete for the first time at the second European Games in archery, badminton, judo and table tennis.
The first buyer of a paper ticket was Minsk 2019 mascot Lesik, the baby fox.
The programme of the European Games also includes the European Judo Championships which will gather the best athletes in the Chizhovka Arena.
The second European Games will be held under the motto Bright Year, Bright You.
The logo of the second European Games has been inspired by the slogan “Follow Your Dream”.
A Minsk Guest Card has been designed for tourists coming to the Belarusian capital and provides discounts and bonuses for museums, shopping centres, restaurants, and cafes.
Minsk is characterised by long avenues and neoclassical grandeur.
Previous Next
News
Countries
Sports
Bright Year, Bright You
Venues
Venue Map
Schedule
Volunteers
Flame of Peace
Mascot - Lesik
Come to the Games!
Minsk 2019 TV
Social Hub

Lesik the baby fox was unveiled as the mascot for the Minsk 2019 European Games during a special ceremony in the Belarusian capital in November 2018.

As the famous novella by French writer Antoine de Saint-Exupéry goes, "The Little Prince" came to earth and befriended a little fox, who taught him about many things, including the meaning of friendship.

The story of the Minsk 2019 mascot begins when the Little Prince returned home, leaving earth and Lesik behind.

Having made such a good friend in the Prince, Lesik quickly missed him and all he could think about was finding new friends.

He walked all over his neighbourhood in search of friends, helping his legs grow extremely strong.

He also listened very hard in the hope he could hear potential friends, making his ears grow large.

One day, he heard the story of a legendary fern flower called the Paparats Kvetka that could make all his dreams come true, but he would have to travel to Belarus to find it.

Belarus was far away from Lesik’s home, but he decided that if he was to find true friendship again, he would have to make the journey.

Thanks to his fitness tracker, Lesik knows it took a million steps to reach Belarus, but it was worth it.

Come to the Games

Lesik now has many friends and wants to make even more.

He is inviting everyone around the world to visit him in Belarus and to see the Paparats Kvetka in person.

There is no better time to do so than in 2019, the year of the second European Games in Minsk.

The hat represents vigour, while the shirt represents harmony, the shorts represent discipline and determination, the shoes represent invincibility and the fur represents cheerfulness.

The colours of the items feature in the Paparats Kvetka design on the Minsk 2019 logo.

The unveiling ceremony was attended by officials from Minsk 2019, the Belarusian branch of UNICEF and children from the Belarusian Association of Assistance for Children and Young People with Disabilities.

Local bands Lifesound and Aura, as well as Daniel Yastremsky, who represented Belarus at the 2018 Junior Eurovision Song Contest, performed for the guests.

"The mascot that has been just presented here is the result of collaboration of a Belarusian designer and MEGOC (Minsk European Games Organising Committee)," Anatol Kotov, the deputy chief executive of Minsk 2019, said at the time.

"In our opinion, Lesik will fit perfectly into the overall concept of a grand sporting event to be held next summer.

"We’re planning plenty of promotional activities with the mascot.

"Let this character bring his spark to the long-awaited event.

"And we want the little fox to find friends not only in Belarus, but throughout the world."

Rashed Mustafa Sarwar, a representative of UNICEF in Belarus, added: "A bright energetic character - this is exactly how the mascot of a major sporting event should be.

"One of the colors of our organisation is the same as the one of Lesik is.

"I think, therefore, our relationship with the Games will become even stronger.

"I have no doubt the children will like the mascot and help us to commit the upcoming event to our memory for a long time.”

A two-metre ice sculpture of Lesik and the Minsk 2019 logo has been unveiled in the Belarusian capital.

The unveiling of the sculpture at the Dreamland Amusement Park was held alongside a winter festival for European Games staff and volunteers, as well as park visitors.

Those attending the festival were divided into teams to compete in street games such as leapfrog, limbo and tug-of-war. 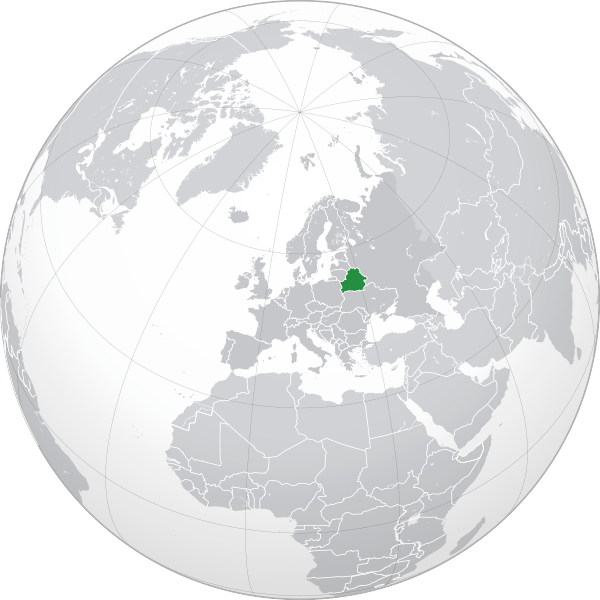 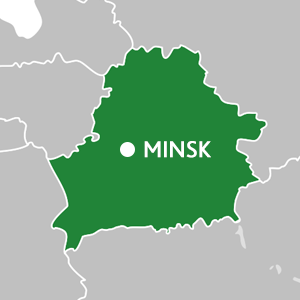