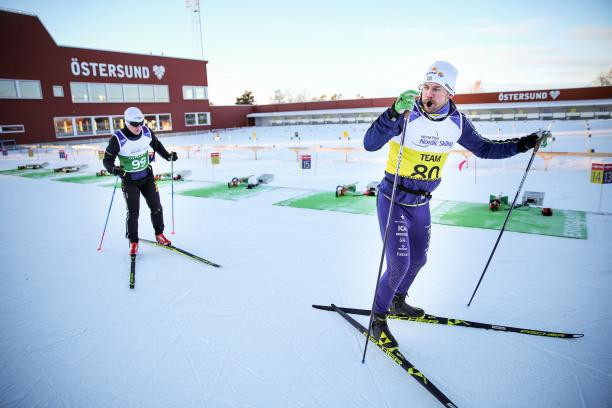 Åre and Östersund in Sweden are set to jointly host the 2023 World Para Snow Sports Championships.

The World Championships for Para Alpine skiing and Para snowboard will take place in Åre, which is bidding to host the 2026 Winter Olympic and Paralympic Games alongside Stockholm.

Some 750 participants – including athletes, guides and coaching staff – are expected to take part in the World Championships in January 2023.

It will be the first time Sweden will stage a World Championships in Para Alpine skiing and Para snowboard, and the second in Para Nordic skiing following the 2013 edition in Sollefteå.

Both Åre and Östersund have a tradition of organising winter sport events.

"Sweden has hosted a series of successful Para snow sports competitions for years and we are extremely happy to announce that Åre and Östersund will organise the World Championships in 2023," said Dimitrije Lazarovski, head of World Para Snow Sports.

"We have worked with the Local Organising Committee in previous opportunities and know that athletes and fans can expect amazing events."

He added: "Bringing together all Para snow sports World Championships to the same region is a great way to increase the visibility of the sports and the host city, provide more commercial opportunities and attract new fans.

"These are exciting times for us."

Fredrik Andersson, the Swedish Paralympic Committee’s sport manager, said: "The region is very good for these competitions, we’ve got a really good situation for hosting the Championships here.

Swedish Paralympic Nordic skier Zebastian Modin, who is based in Östersund, said he was looking forward to competing on home snow.

"This will be great for everyone, there are some really nice venues here," he said.

"At the same time, I believe that the competitions will help us make Para sports grow – it will make a bigger impact.

"That’s a clear benefit of hosting the championships in one region."

Norwegian town Lillehammer is due to stage the next edition of the World Para Snow Sports Championships in February 2021.

Stockholm and Åre are bidding against a joint Italian effort from Milan and Cortina d'Ampezzo for the 2026 Winter Olympics and Paralympics, with a final decision scheduled to be made at the International Olympic Committee's Session in Lausanne on June 24, 2019.