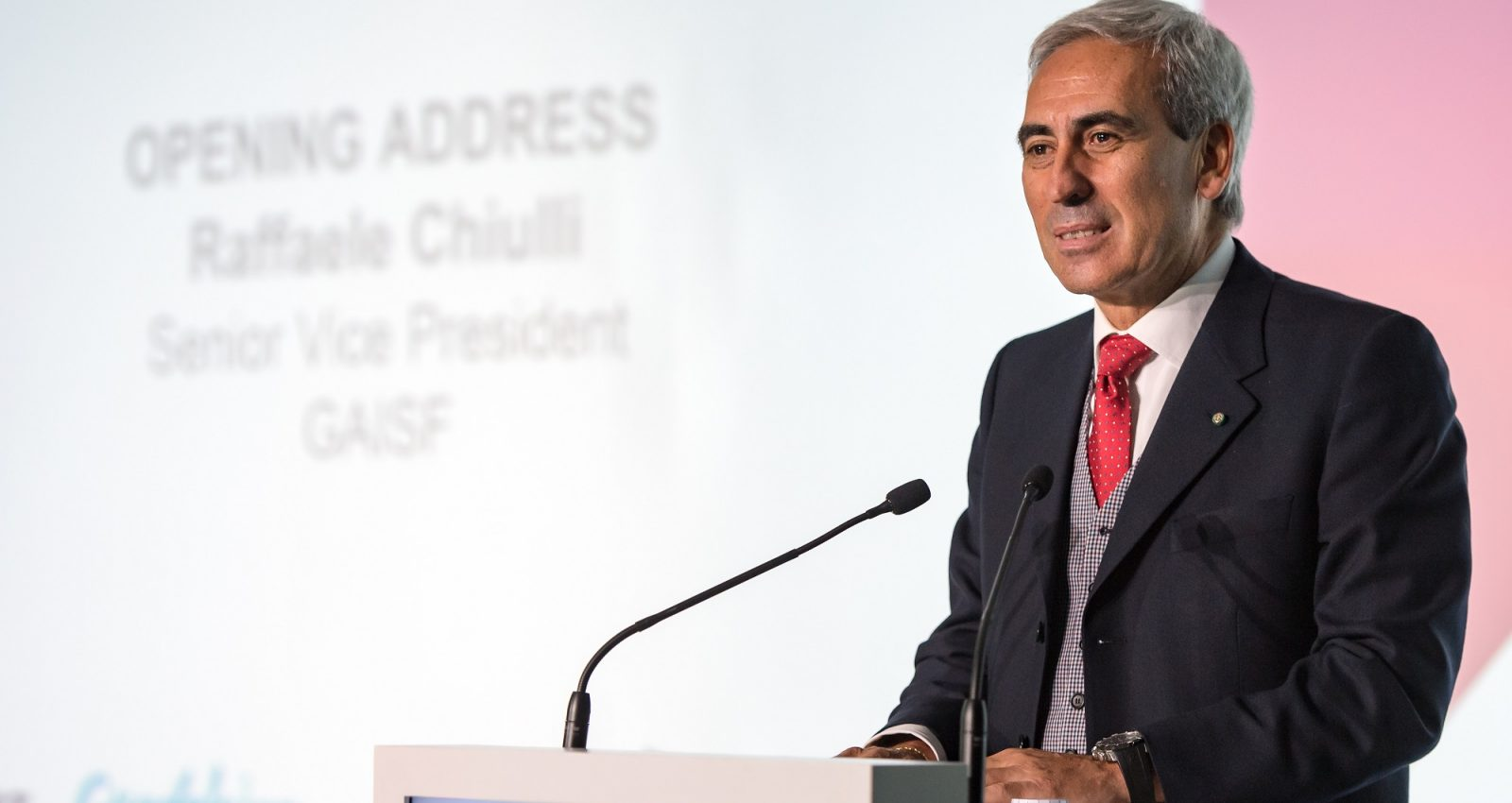 The Italian, President of the Association of International Olympic Committee Recognised Federations (ARISF), is due to assume the full-time GAISF Presidency on Friday (May 10).

It follows confirmation last month that he was the sole candidate for the post having been in interim charge in recent months as head of the GAISF Council.

Chiulli looks set to be elected for a two-year term, with a statute change expected to be passed at the GAISF General Assembly, which is being held alongside SportAccord Summit.

This would see the ARISF President hold the post until 2021 before an Association of International Olympic Winter Sports Federations (AIOWF) representative then takes on the role.

They would be followed by representatives from Alliance of Independent Recognised Members of Sport and then Association of Summer Olympic International Federations (ASOIF).

Chiulli stressed he will continue to Baumann’s efforts to have GAISF act as a service organisation for International Federations, while implementing his “Work Programme”.

"I am convinced Patrick Baumann did great work," he told insidethegames here.

"He paved the way towards more open and constructive dialogue between the key partners and stakeholders.

The "Work Programme" is aimed at achieving four aims, including ensuring GAISF is viewed as "among the world’s most respected sport governing bodies".

Promotion and implementing youth development programmes and social responsibility initiatives were also cited as aims, along with placing a priority on environmental efforts.

Priorities also include ensuring GAISF’s members boost integrity and transparency, as well as act as a "best practice" for members over good governance.

This will include the continuation of governance reviews, which have been carried out by ASOIF and AWOIF.

"Good governance is one of our priorities and we have started a process of better understanding what the challenges and new opportunities are," Chiulli said.

"GAISF is taking the lead to ensure good governance is top of the agenda in individual GAISF’s members, whether they are Olympic or non-Olympic, recognised or not recognised.

"It is our intention to ensure stakeholders, who are already inside the family, stick to high standards.

"We believe working with all main stakeholder groups to learn from mistakes in the past is a good starting point, this will ensure the good practices are learned and the previous bad practices can be learned from.

"Our intention is not to finger point and say who is the best or the worst.

"Our intention is to create a solid platform where we can learn and share the good practices and ensure the role of GAISF is to serve and provide this platform.

"We want to accompany our federations on a way to good practices and we believe this is possible."

Chiulli will take on the Presidency on a full-time basis, just months before the first edition of the World Urban Games, due to take place in Hungary’s capital city Budapest from September 13 to 15.

It was originally going to take place in Los Angeles before the host city was changed when GAISF claimed Budapest’s proposed sports programme was "more in line" with their vision.

It means Budapest will also host the 2021 edition of the event.

Chiulli, also President of the International Powerboating Union, claimed  that preparations were progressing well ahead of the Games.

It could be the first of a series of GAISF run events in the upcoming years, with the organisation still seeking to relaunch the World Combat Games and World Mind Games.

The World Combat Games was due to be held in Chinese Taipei in 2019, but was last year stopped, with plans made to adjust the format.

The revised plans would see the Games held every four years starting in 2021.

The last edition of the Games took place in Saint Petersburg back in 2013.

Chiulli confirmed discussions had take place with potential hosts of the event, which could see an announcement made at the GAISF General Assembly this week.

"We have been having discussions with many interested countries and host cities, we are very positively surprised by the number who are interested in hosting," he said.

"I think we are very advanced for that.

"This week we are going to have meetings over the World Mind Games as well.

"Multi-sport Games will be one of the pillars of the services GAISF will seek to deliver its members, including the World Combat Games and World Mind Games.

"GAISF has to create a good platform to showcase sport disciplines, which hopefully in the near future are going to be included in the Olympic programme.

"These Games will have to be youth focused and include the latest innovations in technology, which will respond to the new needs of society.

"This will include new sport disciplines such as skateboarding, breaking and sport climbing."