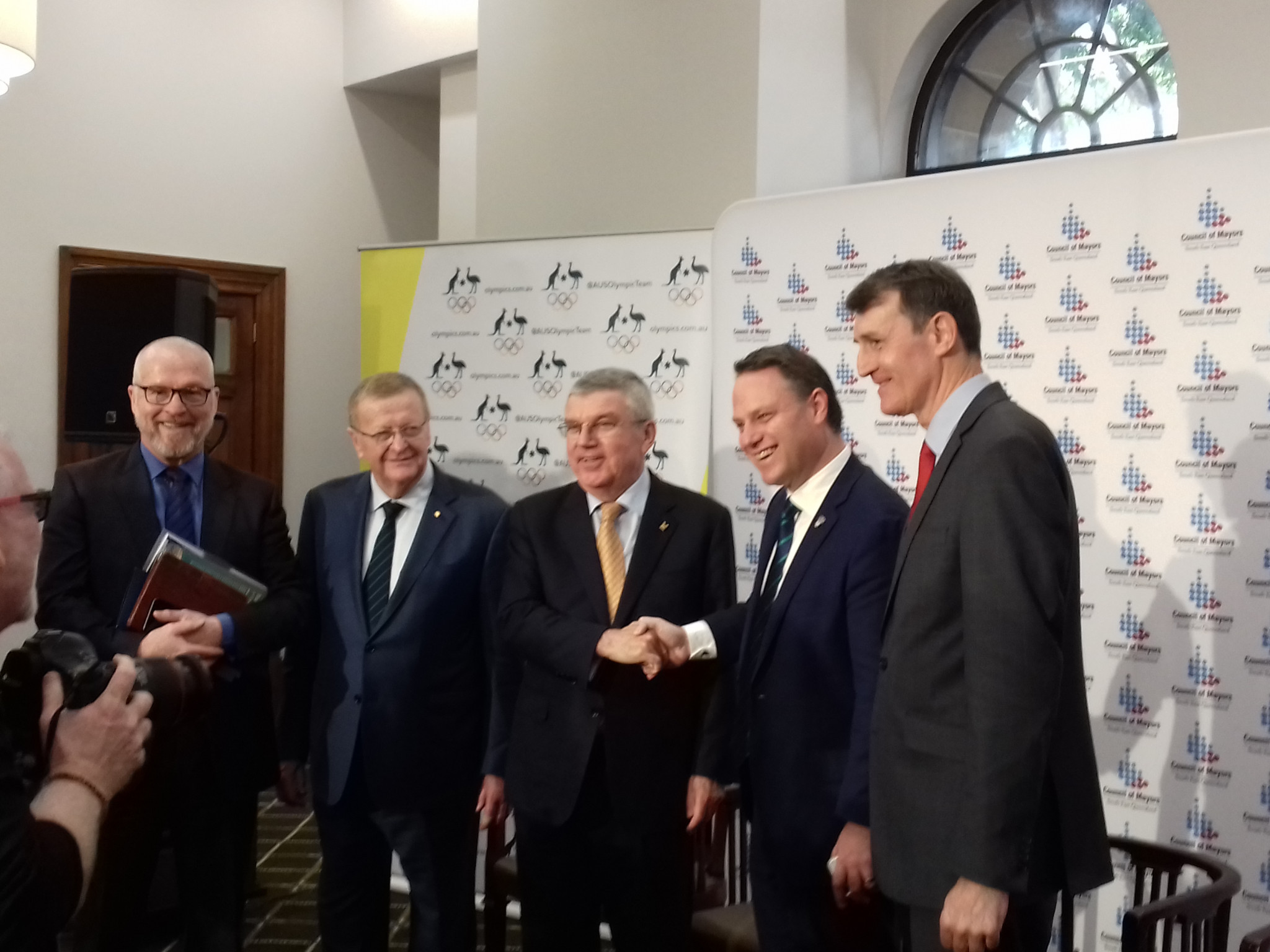 International Olympic Committee President Thomas Bach has labelled the potential Brisbane bid the 2032 Olympic Games as encouraging following a meeting with local mayors, who have talked up the prospect of achieving a "cost neutral Games."

Schrinner claimed the IOC have provided encouraging news which could help them to achieve their aim of a cost neutral Games, regarding the operational costs of staging the quadrennial event.

The additional infrastructure costs, Schrinner claimed, would form part of a long-term plan to meet the region's needs amidst a growing population.

“We have had some really positive discussions and it has been great to have the President here in Brisbane to see what is happening in the South East Queensland region and how things are planned for the future," he said.

“This includes the infrastructure improvements that are already underway and being planned.

“A cost neutral Games has been a key part of the discussions we have had.

“It is important for the people of South East Queensland to know we are doing the work, with feasibility work has been underway for several years.

“That needs to happen whether we have a Games or not.

“The operating costs would be done in a cost neutral manner and we can see great potential for a potential Games.

“We have had a better outcome than we expected in our feasibility study.

“We do not have to make a decision yet, the next step is getting the state and federal governments involved and we have been working with them already.

“That process will continue.

“This process will be well researched and can show to our communities we can get value for money and the infrastructure we need.

“There is work to be done but we are very positive.”

The Lord Mayor stated that the initial feasibility study had been based on conservative estimates, with an operational cost of AUS$900 million (£480 million/$629 million/€560 million) outlined.

Bach informed the South Queensland Mayors to use this figure for their estimates.

This has bolstered belief the operational costs of the Games could be achieved neutrally.

“We deliberately took a conservative approach 13 years out," said Schrinner.

“We have learnt information today that has been very positive.

“That has seen our figure improve and we will work on that going forwards.”

The feasibility study produced for the potential bid outlined how 60 per cent of venues currently exist for the Games.

The remainder would be either temporary facilities or permanent venues which is claimed would fulfil the needs of the local community.

It was claimed the Gold Coast 2018 Commonwealth Games could serve as a example of how this could be achieved.

“We deliberately took a conservative approach 13 years out.

“We have learnt information today that has been very positive.

“That has seen our figure improve and we will work on that going forwards.”

Bach, who earlier this week declared his aim to reduce the number of "losers" in bidding processes, claimed he was impressed by the initial plans from the region.

He acknowledged the process for the 2032 Summer Olympics remained in its early stages.

“We learned this morning the Olympic Games would fit into the long-term development plan managing the growth of the region," Bach said.

“This is a very good reflection of Agenda 2020 and our new philosophy.

“What we saw was very encouraging and well thought out and founded.

“Now it is up to the Australians to take the decision on whether they want to follow this project.

“It is not up to the IOC at this early stage, it is a decision of the Australians.

“It is a decision for all levels of Government and the sport movement, supported by the population.”

Australian Olympic Committee President John Coates was among the attendees at the meeting.

He warned that transport improvements would be an essential part of an potential bid.

Coates, who is currently chairing an IOC working group to improve the bid process, suggested with firm backing for transport improvements the bid would not be backed by the AOC.

“If there is a decision to go ahead, it will be a joint decision of the South East Queensland Mayors, the AOC, the State Government and the Federal Government," Coates said.

“It will depend very much on State and Federal Government for infrastructure spending.

“The AOC will not give the all-clear unless we know what has to be done anyway, particularly the infrastructure – including rail – is going to be funded."

Other cities to have also already publicly announced they are interested in bidding are Jakarta in Indonesia and Mumbai in India.

There is also a proposal for a joint Pyongyang-Seoul bid from North and South Korea.