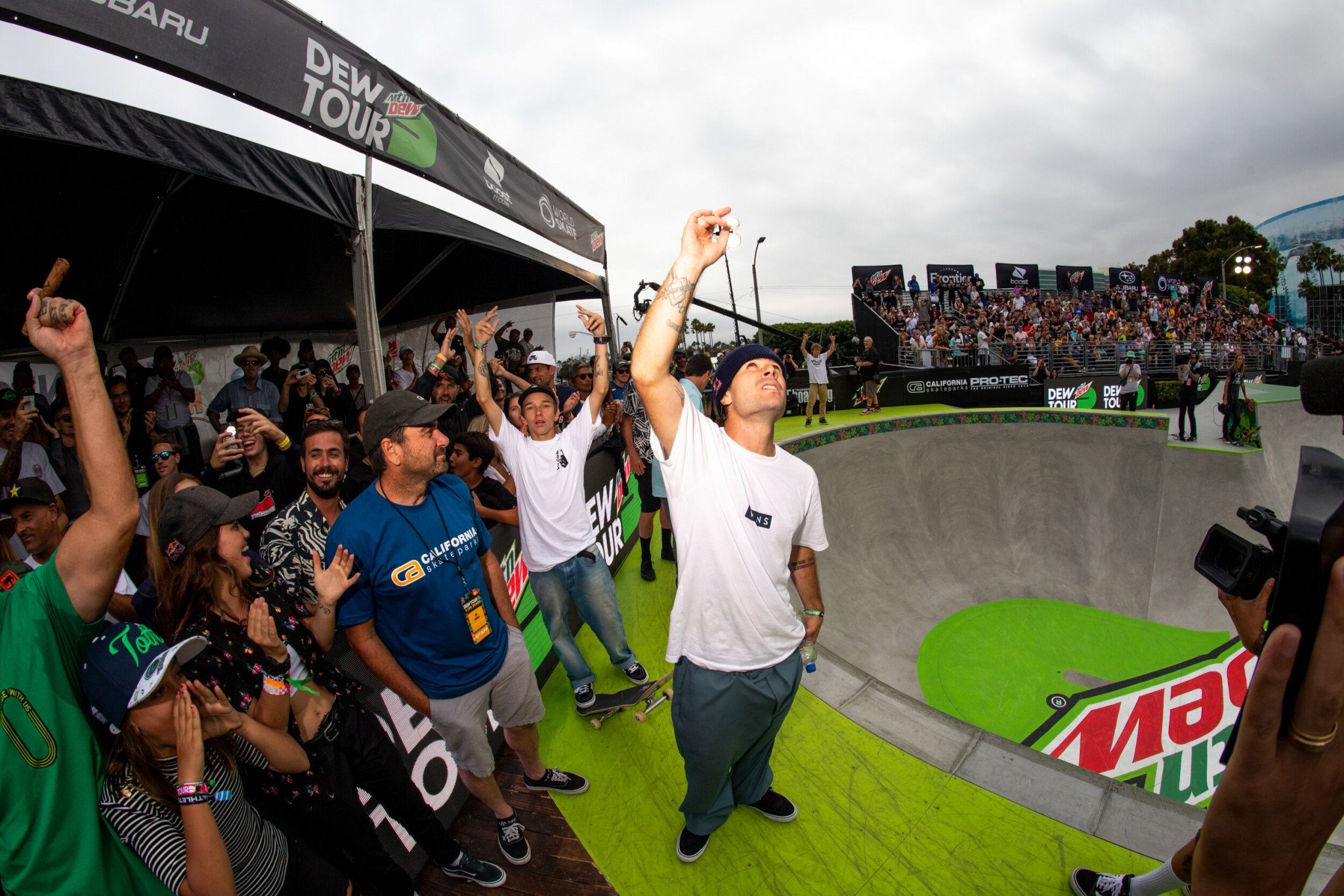 The road to skateboarding's Olympic debut at Tokyo 2020 has officially begun after the first qualifiers for the park and street events were held in Long Beach.

Part of the Dew Tour, the worldwide extreme sports circuit, more than 300 skateboarders from 46 countries took part in the two disciplines that will feature at the Games next year.

In the street event eight men and eight women who qualified from the semi-finals had two runs in which to do five tricks with enough difficulty and variety to earns as many points as possible towards the Olympic qualifying rankings.

The park saw finalists take on three runs of 45 seconds where again the aim was to perform as many tricks as possible and gather the highest number of points from the judges.

The women's street final was dominated by Brazil, with the top two of Pamela Rosa and Leticia Bufoni coming from the South American nation while Candy Jacobs of the Netherlands was third.

Aurelien Giraud of France came out on top in the men's street final, with Sora Shirai of Japan and another Brazilian, Felipe Gustavo, making up the podium.

In the women's park final, Japan's Misugu Okamoto laid down a marker that she could be one to watch in her home Olympics with victory, as did fellow countrywoman Kokona Hiraki in third.

Lizzie Armanto of Finland was runner-up.

Pedro Barros of Brazil followed up his strong semi-final performance to win the men's park final, with American Cory Juneau and Australia's Keegan Palmer in second and third respectively.

Notably, the 32 finalists came from 12 countries and four continents, giving skateboarding a welcome boost before its slated Olympic debut.

Skateboarding took a reputation hit after being dropped from this year's Pan American Games, but good crowds and strong competition in California indicate the sport could still impress in Tokyo.