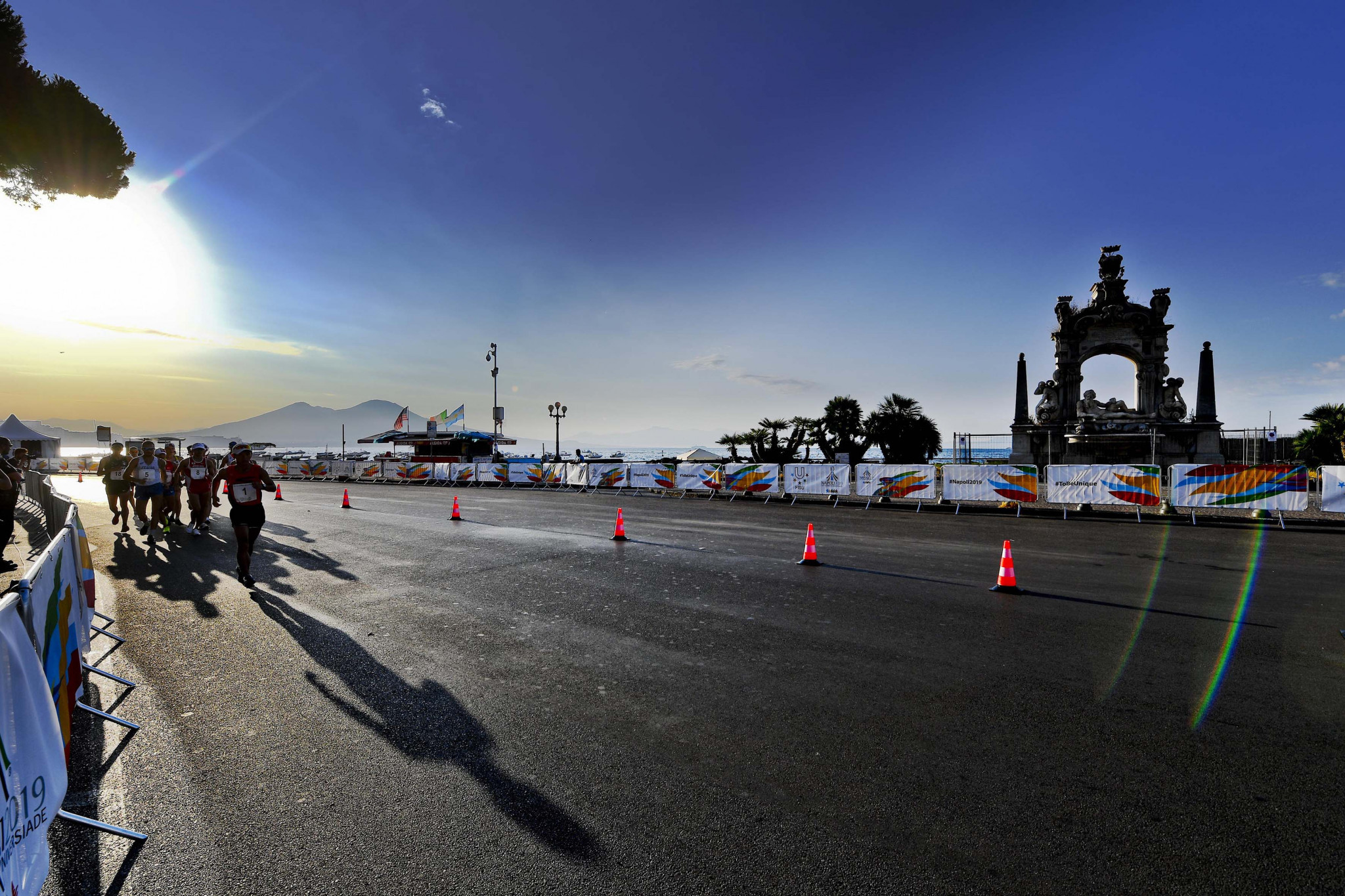 The results of this morning's 2019 Summer Universiade half-marathon have been called into question following allegations of a delegation feeding their athletes outside of the race's official refreshment zones.

Japan had earned five of the six medals available in the men and women's events.

The final results have been called into question, however, following reports of athletes receiving food and drink from their delegation outside of the official refreshment areas.

A International University Sports Federation (FISU) spokesperson has confirmed that this is being investigated, with referees currently looking for evidence to see if any rule was infringed upon during the race.

Officials may then make an official decision based on their findings, which is expected by 4pm local time.

The team would then have 30 minutes to appeal the decision.

Medals are due to be awarded during this evening's athletics event at San Paolo Stadium.

Suggestion at the half marathon is that a protest as been lodged re podium finisher/s receiving drinks/food outside of the refreshment stations in both men’s and women’s races. This would be against the rules. Investigation continues. Updates when we have them. https://t.co/HVjed7iWXd

The team in question has not been confirmed.

UniSport Australia have alleged in a tweet that the incident involved podium finishers, however, five of which were Japanese.

As it currently stands, it was a clean sweep for Japan in the women's competition, with Yuka Suzuki recording a winning time of 74min 10sec, beating compatriots Rika Kaseda in 74:32 and Yuki Tagawa in 74:36.

He was joined on the podium by countryman Taisei Nakamura, who finished in 65:27.

China's Duo Bujie was the only non-Japanese athlete to claim a medal in 65:44.