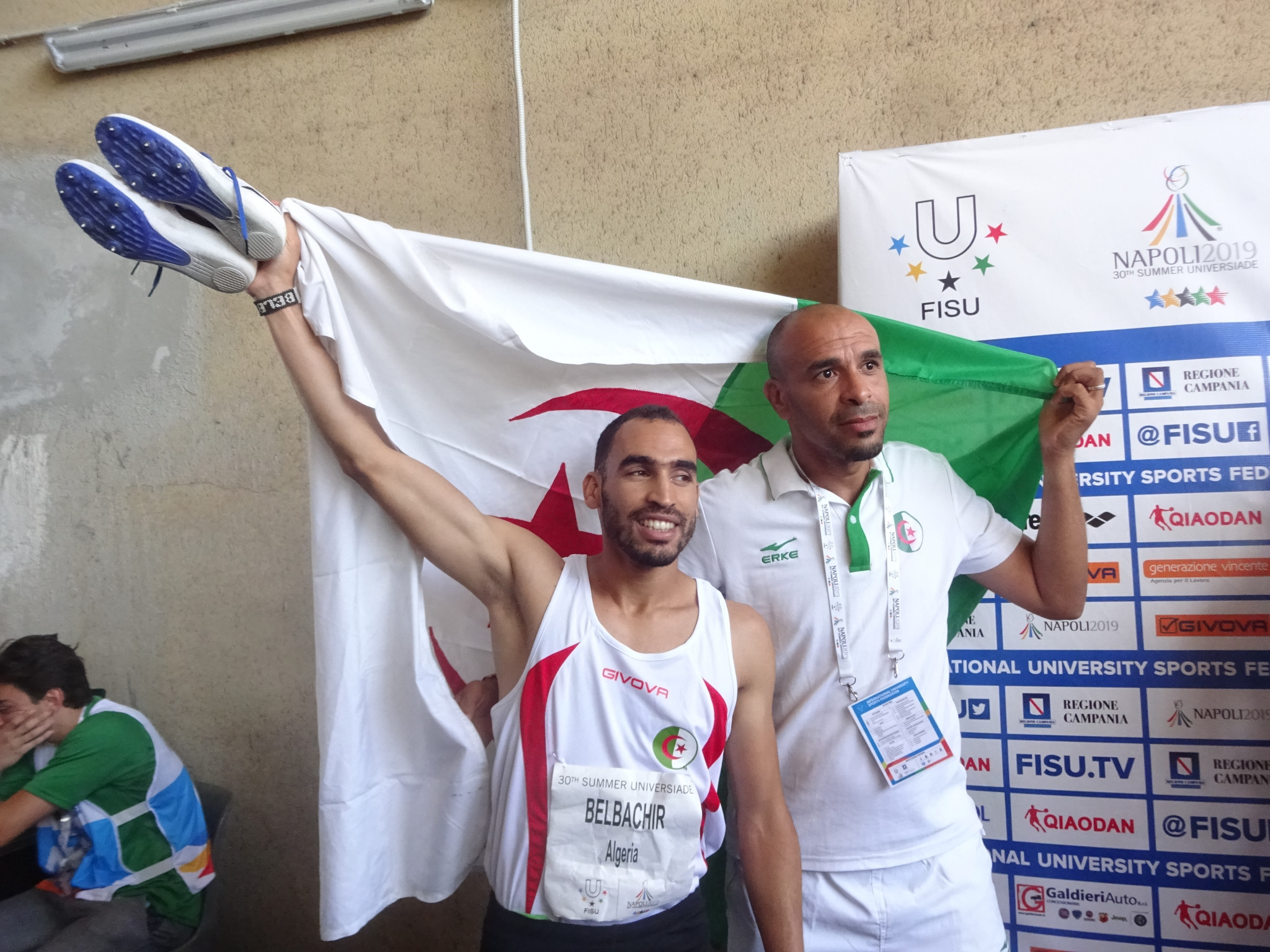 Algeria’s Mohamed Belbachir came home to Universiade gold in the men’s 800m and believes a similar slow race could play into his hands if he qualifies for the International Association of Athletics Federations (IAAF) World Championships in Doha later this year and next year's Olympic Games in Tokyo.

Lukáš Hodboď of the Czech Republic took bronze in a season's best 1:47.97.

"This would be good for me," Belbachir said.

"It was a tactical race which makes it easier for me.

"I don’t have the very good times but in a race like this I have a good sprint finish and that’s why I won.

"I prefer a tactical race, but when its not fast it is easy for me."

Belbachir predicted the hot conditions in Doha, due to stage the IAAF World Championships between September 28 and October 6, will be similar to the 30-degrees celsius conditions here in Italy as he bids to progress on the world stage.

"This Universiade competition is like the World Championships," he said.

"When you win here, you can also win in the World Championship.

"I hope that I will be on the podium."

Germany’s Caterina Granz took the 1500m gold in 4:09.14 after a great battle with Australia’s Georgia Griffith.

The heat clearly had an effect on some runners but Granz took it all in her stride and, like Belbachir, she is targeting qualification for Doha.

"’I don’t have the qualifying time for Doha yet," she said.

"I am pretty sure I can run but I hope to get into some fast races and run the qualifying time.

A barnstorming finish to the men’s 5,000m gave Jonas Raess of Switzerland the Universiade title in the last few metres.

Belgium’s Michael Somers had led for much of the race before it came down to a struggle for the line between Yann Schrub of France and Raess.

Robin Hendrix completed the podium for Belgium in 14:04.06.

It was the second Swiss gold medal of the night after victory in the women's 4x100m.

The Australians finished in 43.97 as New Zealand set a national record of 44.24 to secure the bronze medal.

Mexico were almost two seconds behind as they crossed the line in 3:32.63 for the silver medal as Australia took bronze in 3:34.01.

Japan grabbed another two Universiade titles as they surpassed 30 gold medals to sit top of the medal table.

Yuki Hashioka jumped 8.01m to win the long jump and there was relay success for the 2020 Olympic Games hosts as they stormed to the men's 4x100m men's relay title in 38.92.