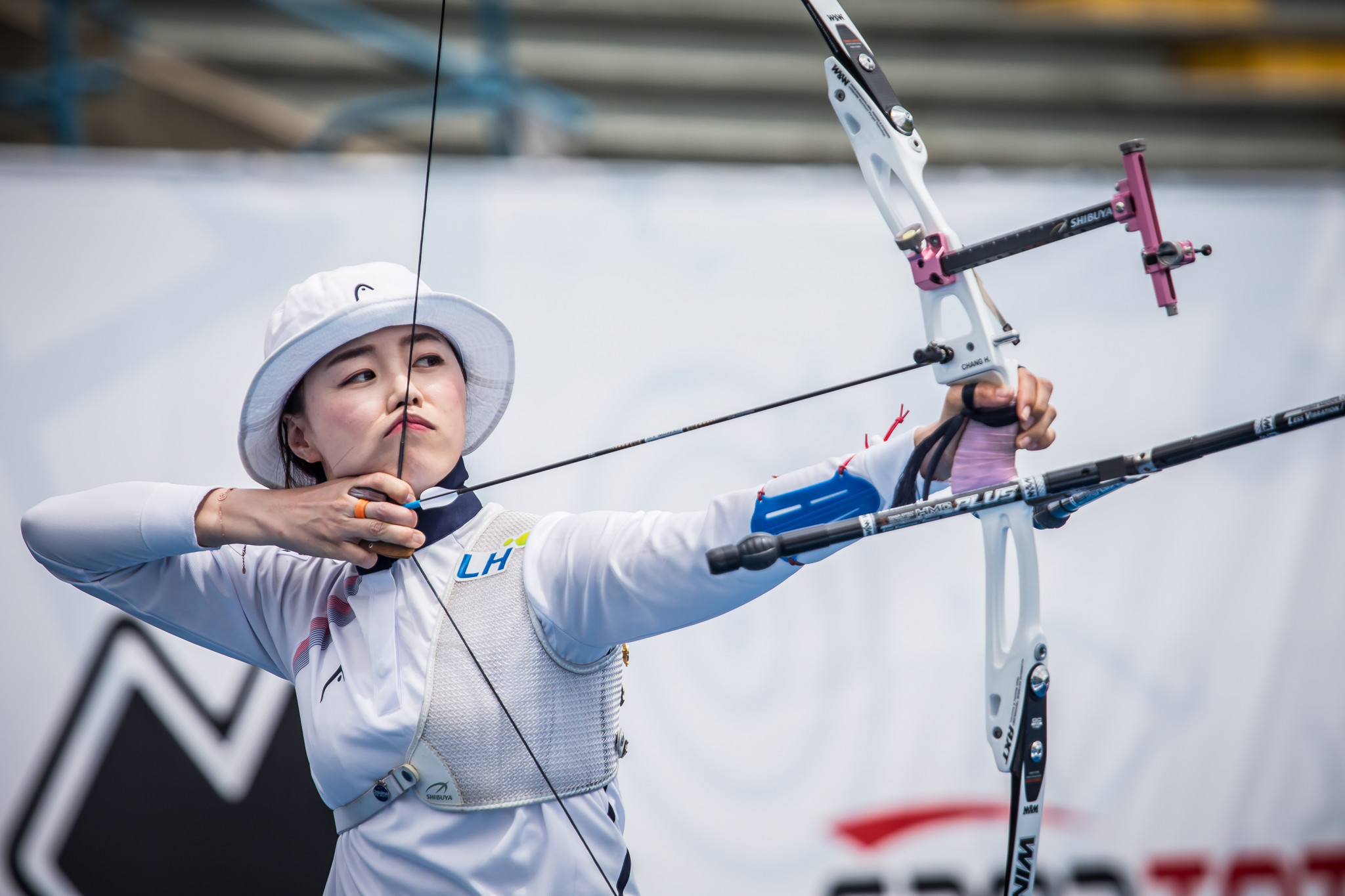 The South Korean won the women's individual recurve gold medal at Rio 2016, as well as the team title, and is among a strong field at Yumenoshima Archery Field as Japan's capital prepares for next year's Games.

Thirty-two-year-old Chang won her opening contest 6-2 against Australia's Sarah Haywood and she then defeated Veronika Marcenko of Ukraine 6-0 in round two.

It means she has set-up a third round encounter with Germany's Michelle Kroppen.

Chinese Taipei's Olympic team bronze medallist Tan Ya-ting was another to make it through her two matches today as she firstly saw off Kazakhstan's Karakoz Askarova 6-0.

Kim was seeded first after the qualification round and beat Timothy Palumbo of the United States 6-0 in his first outing.

He then beat Eric Peters of Canada by the same margin to book a date with Taylor Worth of Australia.

The competition is part of the Ready Steady Tokyo test event series with the remaining first and second round clashes in both draws due to be held over the next two days.

The Football Association (The FA) is the governing body of football in England. We are responsible for promoting and developing the game at all levels; from grass roots through to the professional game, The FA Cup and the England International teams, and has two core assets: Wembley Stadium and St George's Park. Lead The FA's relationship with Government and enhance the reputation of The FA politically, building credibility and trust amongst all political stakeholders, combating possible regulatory interference and seeking improved financial and other support from the public sector.

A century ago this week, the 1920 Olympics opened in Antwerp. The First World War and the Spanish flu pandemic meant putting on the Games was a massive challenge and, as Philip Barker reports, there are parallels with the huge task of re-organising Tokyo 2020.