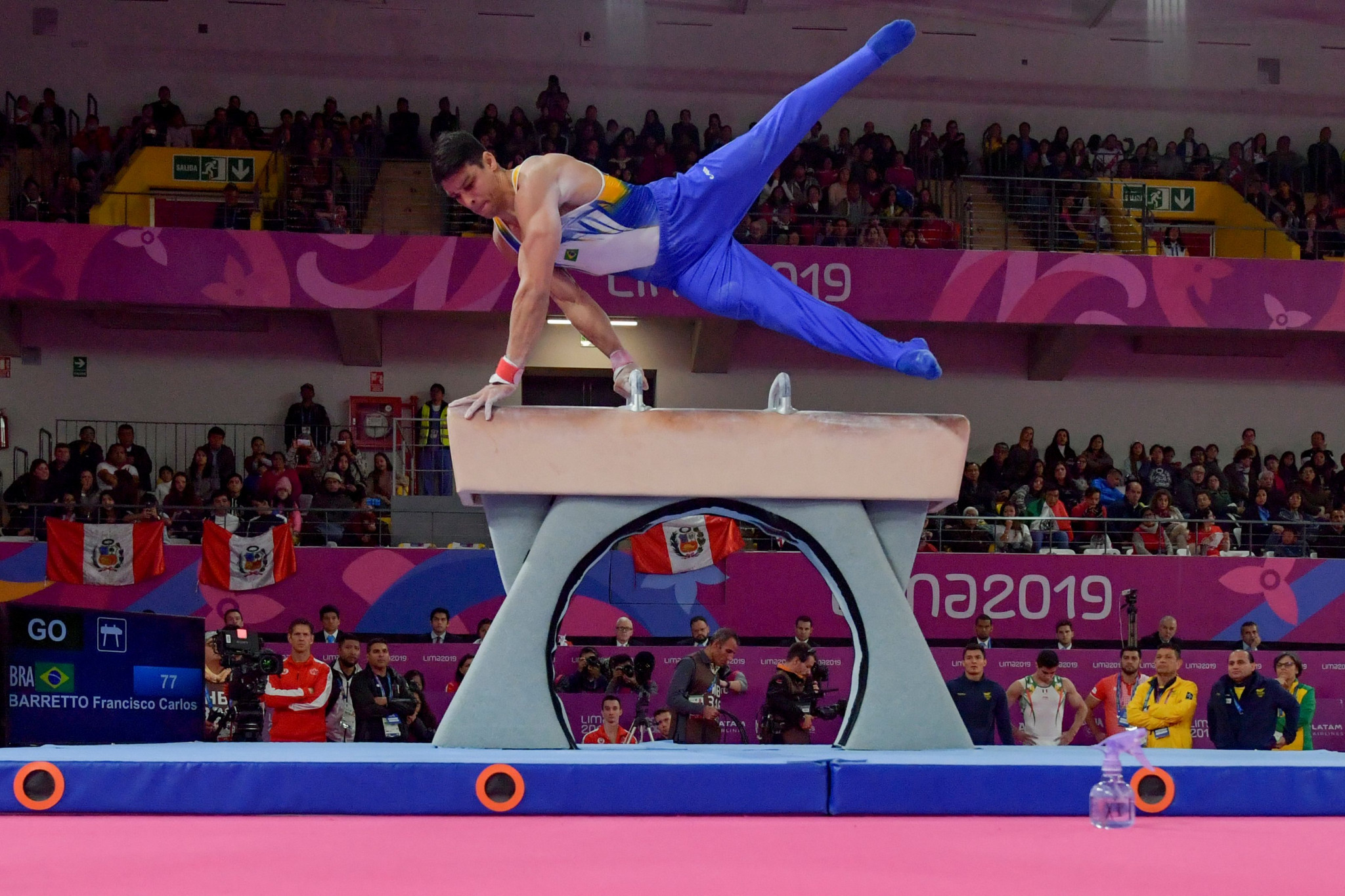 The 29-year-old had been a key member of the Brazilian teams that had earned gold at Guadalajara 2011 and earlier this week in Lima, as well as Toronto 2015 silver.

He had been yet to claim an individual gold at the Games, but ended the wait on his third appearance at the multi-sport event.

Barretto was awarded score of 13.533 points for his performance on the pommel horse by the judges.

"I am very happy and I would like to thank everyone involved in my career," Barretto said.

"This sport is my whole life, which went through my head in a second when I knew I had won.

"All those years I've spent in sport, all the years I've been fighting with injuries, bad competitions and all that.

"I was so happy, so excited.

"It's a beautiful sport, but we have to sacrifice a lot.

"We work hard to deliver, but it doesn't always work.

"But when we do it, we get very excited."

Barretto’s team-mate Arthur Zanetti had been the favourite to win the men’s rings title following his dominant performance which helped them win the team event yesterday.

Zanetti had to settle for the silver medal in the individual event as the London 2012 Olympic champion scored 14.400 points.

He finished behind Fabian De Luna of Mexico, who won the competition with a score of 14.500 points.

Bronze was claimed by Argentina’s Federico Molinari, who finished level with Brazil’s Caio Souza on 14.066 points, but had a higher execution score.

González triumphed in the men's floor event by achieving a score of 14.600 points, with Neff taking his second silver of the day on 14.166.

A score of 14.100 points gave Colombia's Andreas Martinez the bronze.

Having become the first woman to defend the individual all-around title at the Games two days ago, Canada’s Ellie Black increased her medal by winning the women’s vault today.

Black received a score of 14.450 points to top the standings in the discipline, with Cuba’s Yesenia Ferrera and Canada’s Shallon Olsen completing the podium on 14.391 and 14.183 respectively.

The women’s uneven bars competition concluded with a US one-two.

Riley McCusker triumphed with a score of 14.533 points for her routine, with the all-around silver medallist followed by team-mate Leanne Wong on 14.300.

Brazil had double cause for celebration as the women’s handball tournament drew to a close with a final against arch-rivals Argentina.

The match proved closely fought for the opening half with the score locked at 12-12 before Brazil pulled away in the second to ultimately win 30-21.

Brazil claimed the gold medal and clinch direct qualification to the women’s handball tournament at next year's Olympic Games in Tokyo.

Cuba completed the podium after edging the uS 24-23 in the bronze medal match.

Argentina were able to toast the success of 39-year-old Sabrina Ameghino, winner of the women’s K1 200 metres event to become the first woman from the nation to win a Pan American Games gold medal in canoeing.