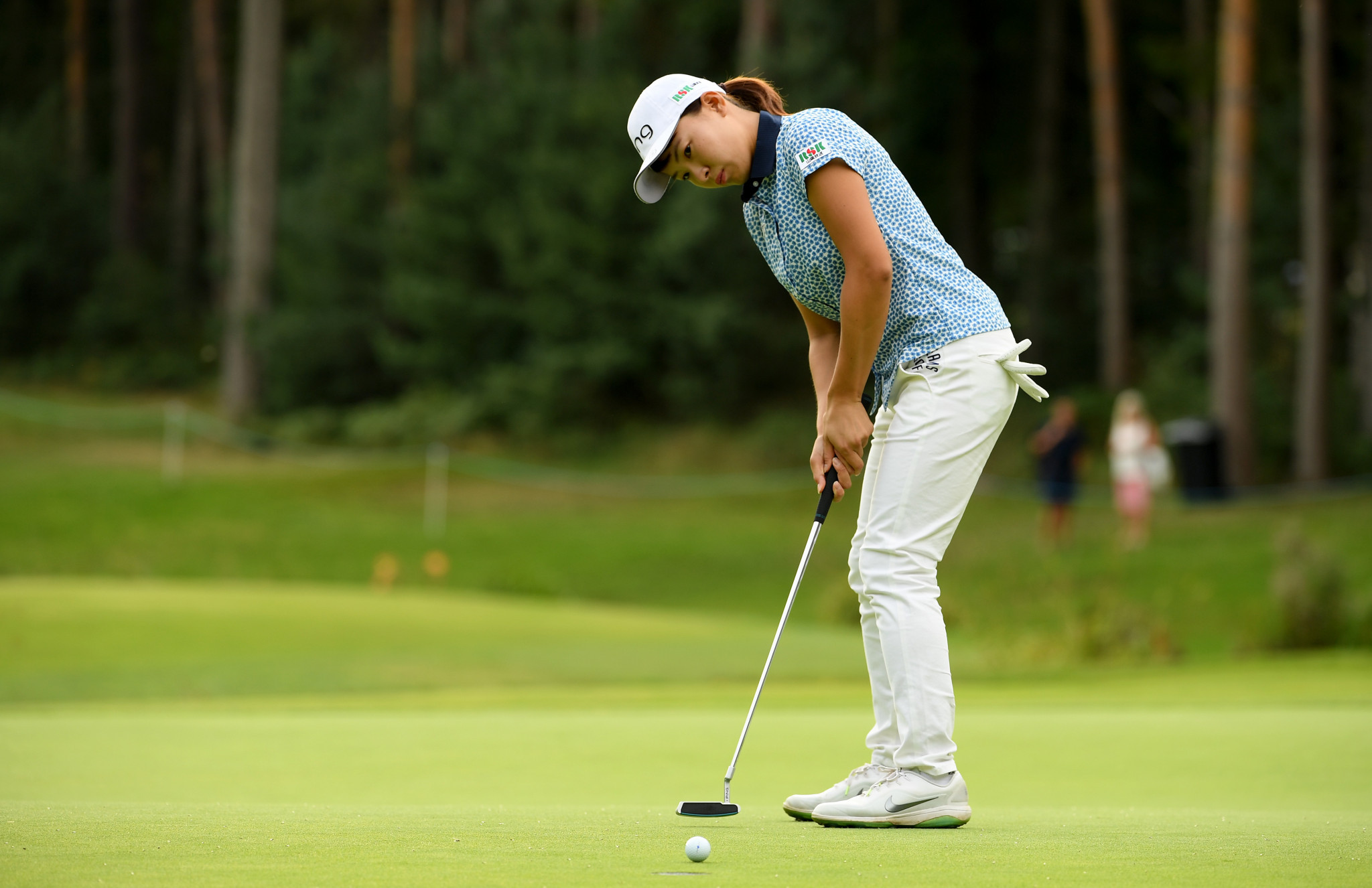 Japan's Hinako Shibuno overtook South African Ashleigh Buhai to move into a two-shot lead going into the final round of the Women's British Open in Woburn.

Shibuno is in pole position to mark her debut at a women's major with victory after she carded a five-under-par 67 to end the third round on 14 under at the Marquess' course at Woburn Golf Club.

The Japanese rookie was in superb form on the back nine as she recorded six birdies to ensure she usurped overnight leader Buhai.

World number two Park Sung-hyun of South Korea is in third place on 11-under, while Americans Morgan Pressel and world number one Ko Jin-young are a further one shot behind.

Georgia Hall of England's pursuit of a successful title defence is all-but finished after a two-over 74 left her 10 strokes behind Shibuno.

Shibuno is looking to become only the second Japanese golfer to win a women's major after Chako Higuchi claimed the KPMG Women's PGA Championship title in 1977.

Buhai led by five at one point before Shibuno took advantage of the South African making three bogeys on the last seven holes.