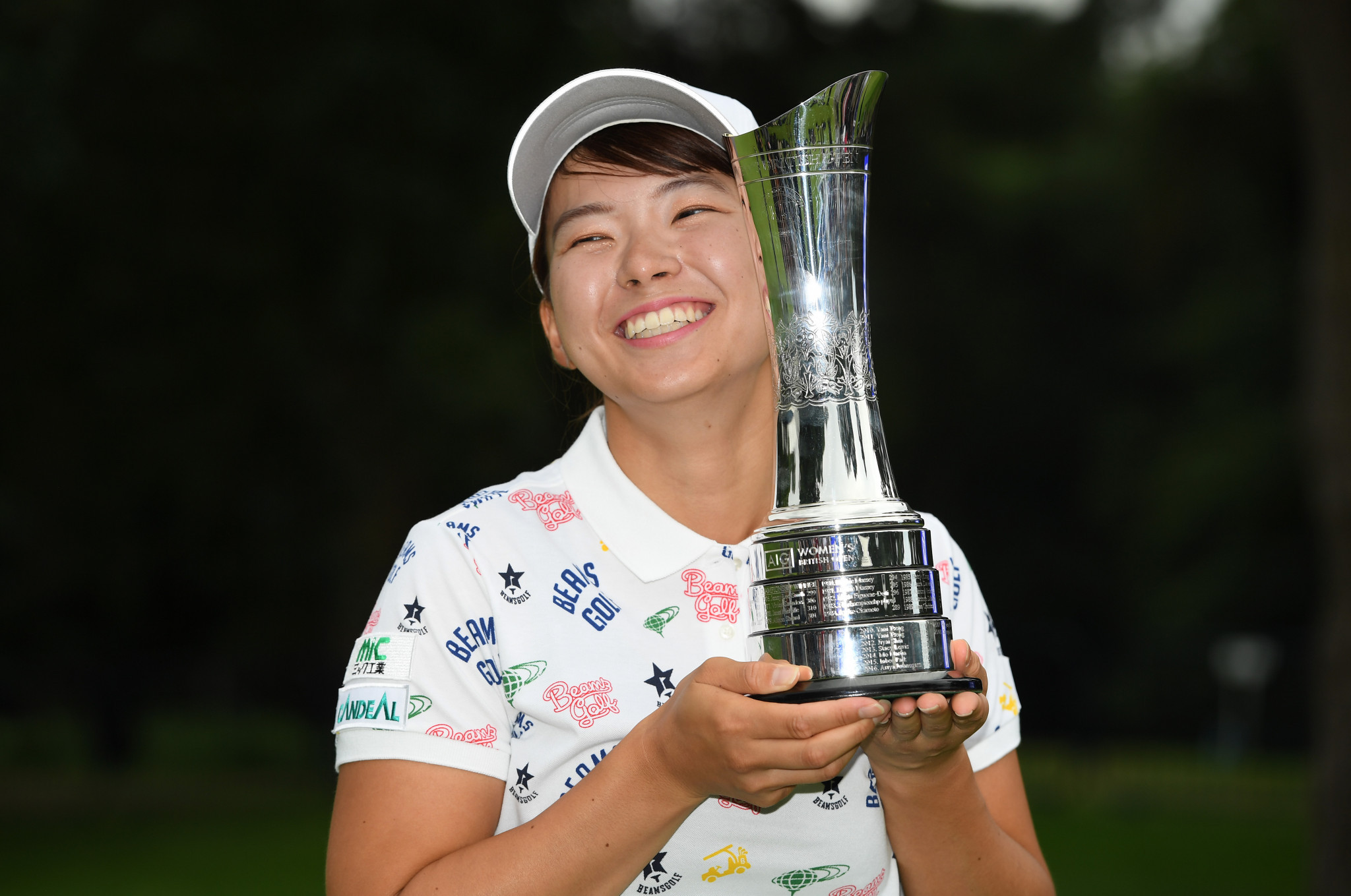 Japan's Hinako Shibuno held off the challenge of American Lizette Salas to secure her first major title by one shot at the Women's British Open in Woburn.

The 20-year-old, making her debut at a major, recorded five birdies in the last nine holes to edge out Salas at the Marquess' course at Woburn Golf Club.

Shibuno finished on 18 under par, one clear of Salas, who threw herself into contention by carding a seven-under-par 65, the lowest round of the entire tournament.

The Japanese holed an 18-foot putt on the final hole to secure victory in style and end Salas' hopes of taking it to a play-off.

World number one Ko Jin-young, bidding for her third major of the year, hit a six-under-par 66 but finished in third, two shots adrift of Shibuno.

American Morgan Pressel was a stoke further behind in fourth.

But the day belonged to the "smiling cinderella", whose stunning triumph could be a sign of things to come.

"I still feel like I'm going to vomit," Shibuno said.

"I was more nervous on the front nine but I was okay on the back nine.

"I felt like I was going to cry on the 18th but the tears didn't come out."