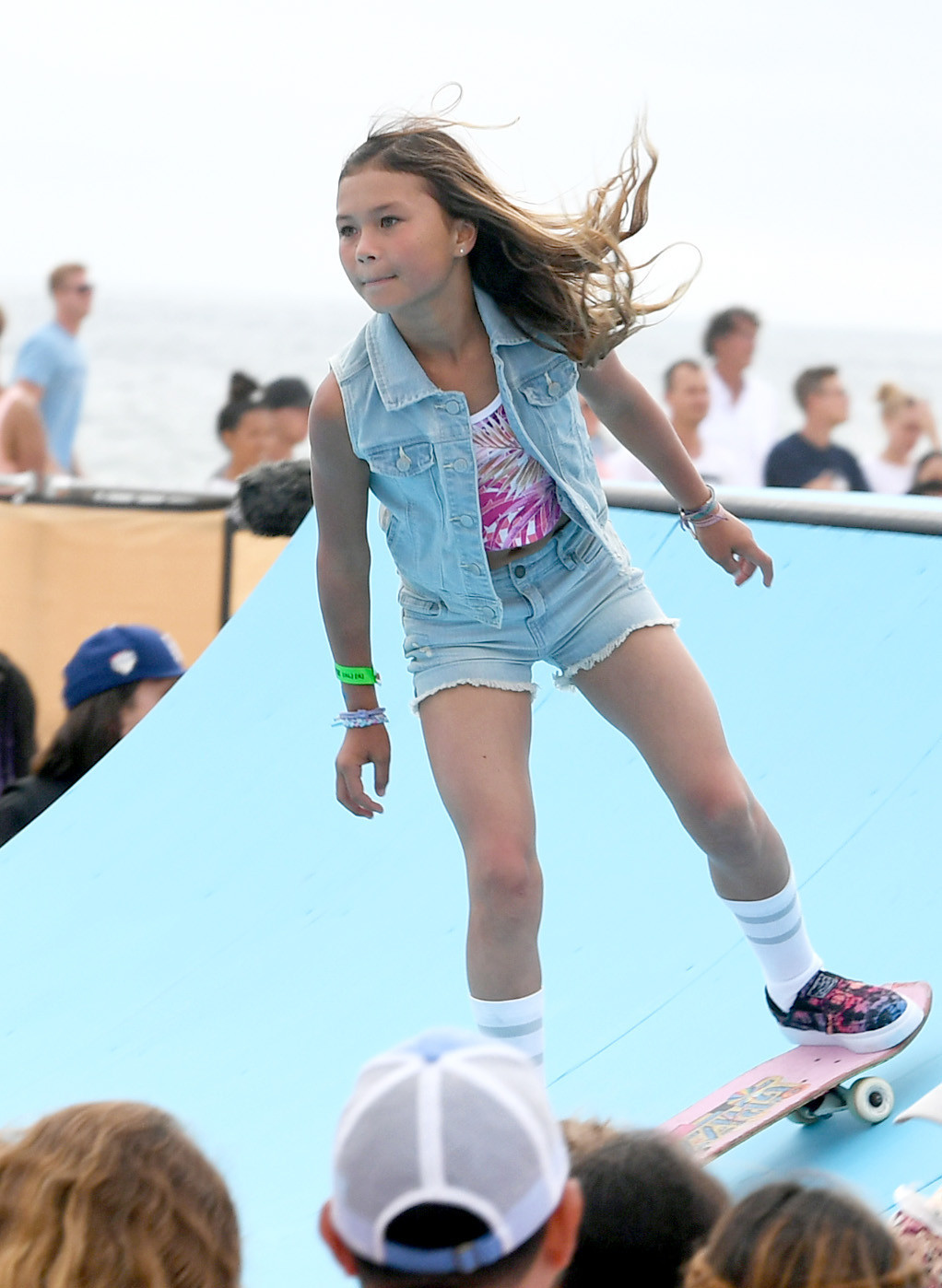 Skateboarding sensation Sky Brown wants to make an impact beyond the sport after its Olympic debut at Tokyo 2020.

The 11-year-old, who has a British father and a Japanese mother and was born in Japan, is hoping to represent Britain at the 2020 Olympics where skateboarding will feature for the first time.

Brown joined the British skateboarding team in January and has been busily collecting qualification points, reaching the Dew Tour semi-finals and finishing fifth at both the International Skateboarding Open in Nanjing and the X Games in Minneapolis.

If selected, she will be the youngest Olympian to represent Britain.

However, Brown – currently ninth in the Olympic World Skateboarding Rankings – is hoping to inspire young girls that their age and gender should not be a barrier in any sport, if she qualifies for Tokyo 2020.

She told Kyodo News: "I want to be someone who inspires girls.

"Hopefully, if I get there, they can see me doing this crazy trick and will think they can do it, too.

"I would tell them just get out and don't be afraid.

"Believe in yourself and just have fun."

Brown, who started skating competitively age seven after going viral on Facebook, still views the sport mostly as a hobby.

She said: "I don't feel like competing is everything, I don't care if I win or lose.

"I get out and have fun.

"It would be amazing if I get in the Olympics, but I don't care."

Despite being 11, Brown is by no means the youngest skater in with a shot of Olympic qualification.

Ten-year-old Kokona Hiraki, from Japan, became the youngest ever X Games medallist this summer with silver in Minneapolis and is currently ranked above Brown at number five in the world.

"It felt pretty cool being the youngest," Brown said.