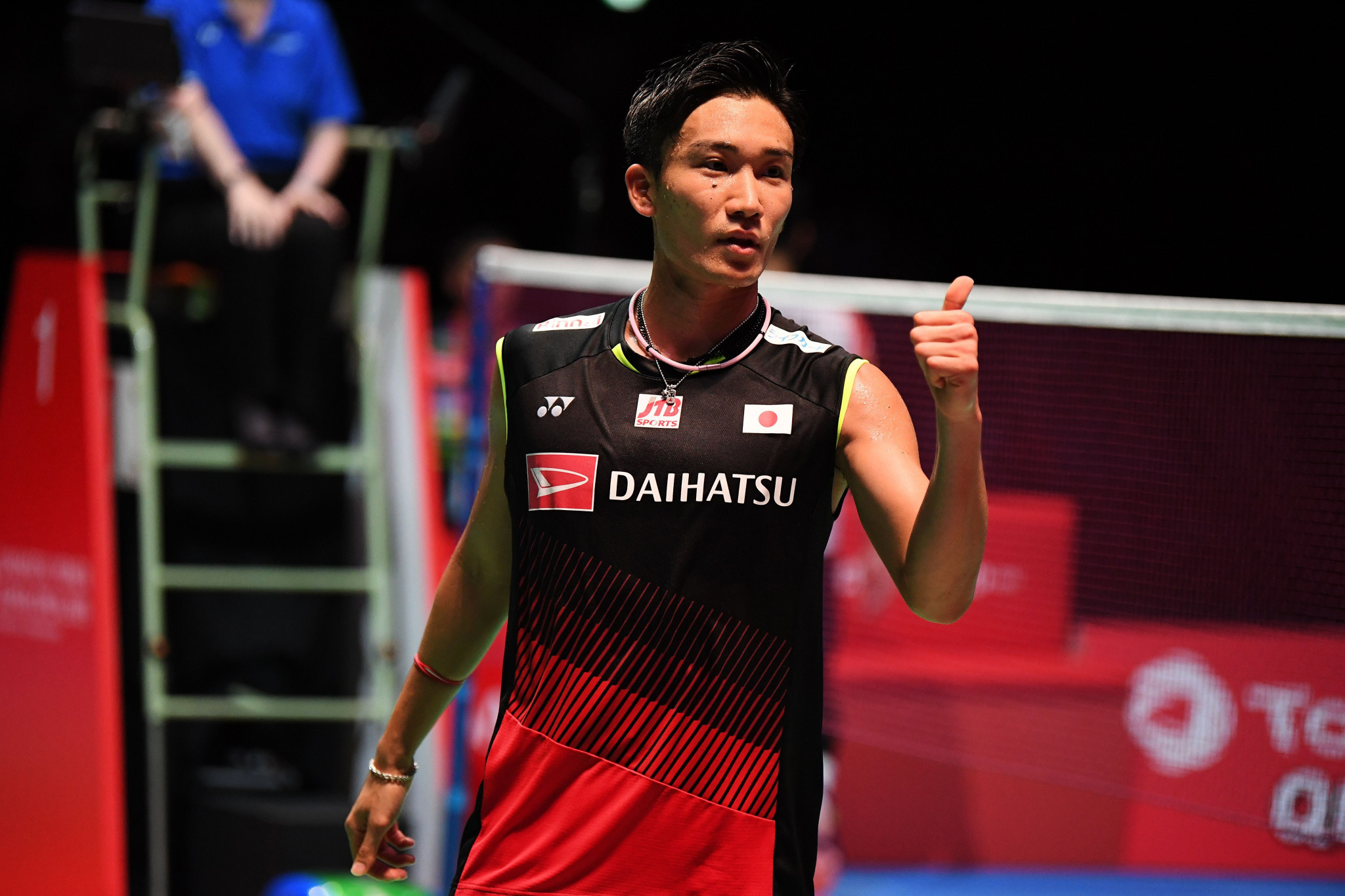 The favourite and top seed Kento Momota cruised into the last 16 of the Badminton World Federation World Championships with a straight sets victory over Luís Enrique Peñalver in Basel.

Japanese defending champion Momota at eased past his Spanish rival 21-10, 21-7 in Saint Jakobshalle.

China's Dan Lin was a high-profile casualty on day three of the championships, going down 11-21, 21-13, 7-21 against world ranked number 30 HS Prannoy of India.

Prannoy's compatriot, Bhamidipati Sai Praneeth, booked his place in the round of 16 with a 21-16, 21-15 victory against Lee Dong-keun.

In the women's draw, top seed Akane Yamaguchi was knocked out by world number 32 Jia Min Yeo of Singapore.

Poland's Gregoria Mariska Tunjung joined He in the next round, seeing off Busanan Ongbamrungphan of Thailand 21-14, 21-10.