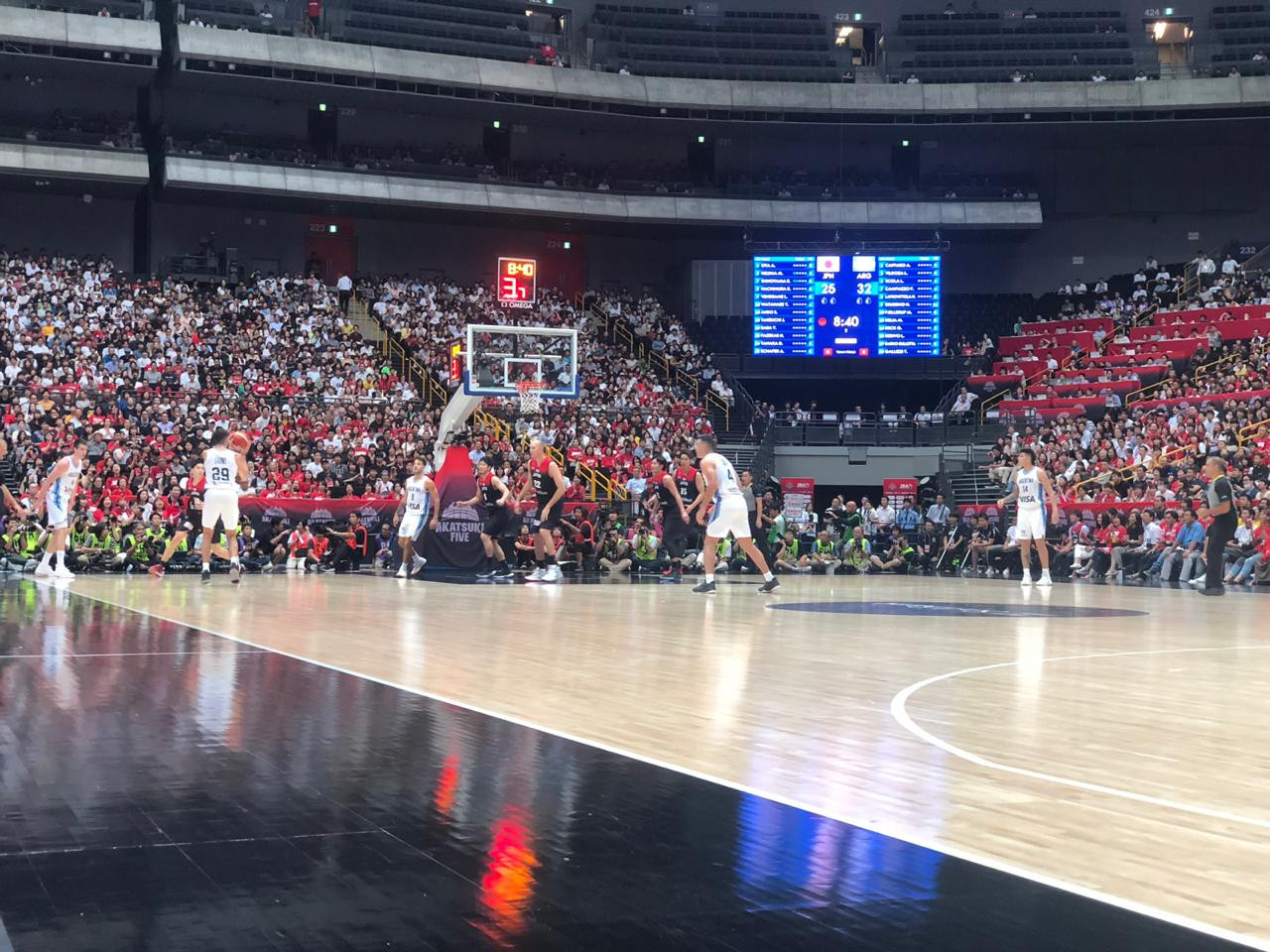 Nicolas Brussino starred for the South Americans with 21 points as the Saitama Super Arena was put through its paces in front of nearly 17,000 fans.

Luis Scola and Nicolas Laprovittola added 20 and 17 points respectively as Argentina pulled away in the final quarter.

They only led by five points at 90-85 at the end of the third but Japan's challenge fizzled out.

Both sides were using the match as preparation for the upcoming World Cup, which begins in China on August 31.

There will also be a men's match between Germany and Tunisia tomorrow.

Japan's women's team are scheduled to meet Chinese Taipei on Saturday and Sunday in the Mitsui Fudosan Cup.

They triumphed 99-89 in the first game, held at the Chiba Port Arena, but then lost 104-87 in the second game in Kawasaki.

All of the Olympic test events are being held under the Ready Steady Tokyo banner.