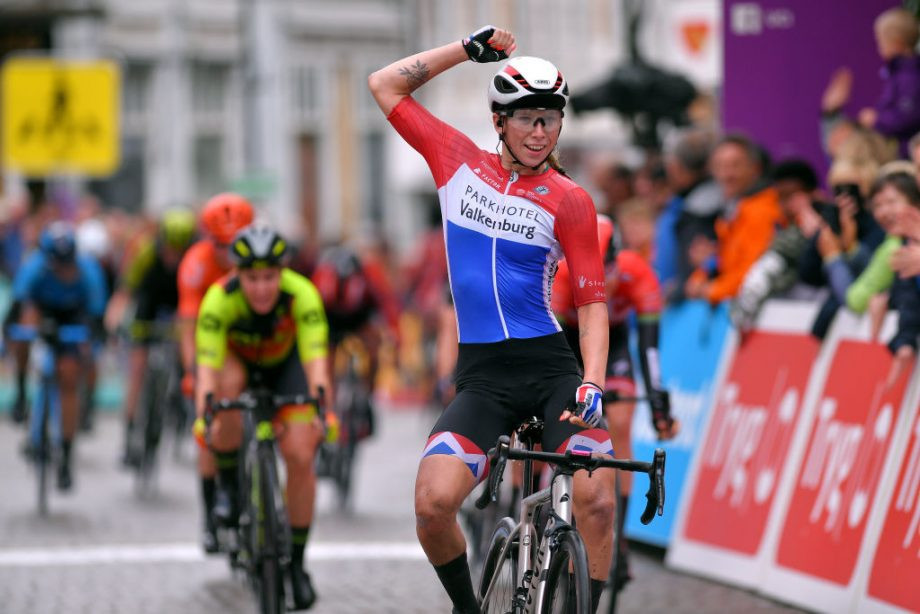 Dutch champion Lorena Wiebes won the first stage of the International Cycling Union Ladies Tour of Norway as torrential rain made for an exciting sprint finish in the Østfold province.

The 128 kilometres first stage between Åsgårdstrand and Horten was set up for the sprinters, with defending champion CCC-Liv rider Marianne Vos of The Netherlands and Italian rider Marta Bastianelli from Virtu expected to battle it out.

But abysmal weather kept the field together and it was Parkhotel Valkenburg rider Wiebes who took the victory in a mass sprint to the line.

The peloton broke several times but couldn't get away, before 20-year-old Wiebes won the high-speed sprint against Australian Chloe Hosking from the Alé-Cipollini team and Danish Boels-Dolmans rider Amalie Dideriksen.

Wiebes, who won the road race at the European Games in Minsk in June, clocked 3hrs 16min 27sec, with Hosking and Dideriksen crossing in the same time in second and third respectively.

Compatriot Vos, who took all three stages in Norway to win the event 12 months ago, sits in fifth place behind Italian Letizia Paternoster from Trek-Segafredo.