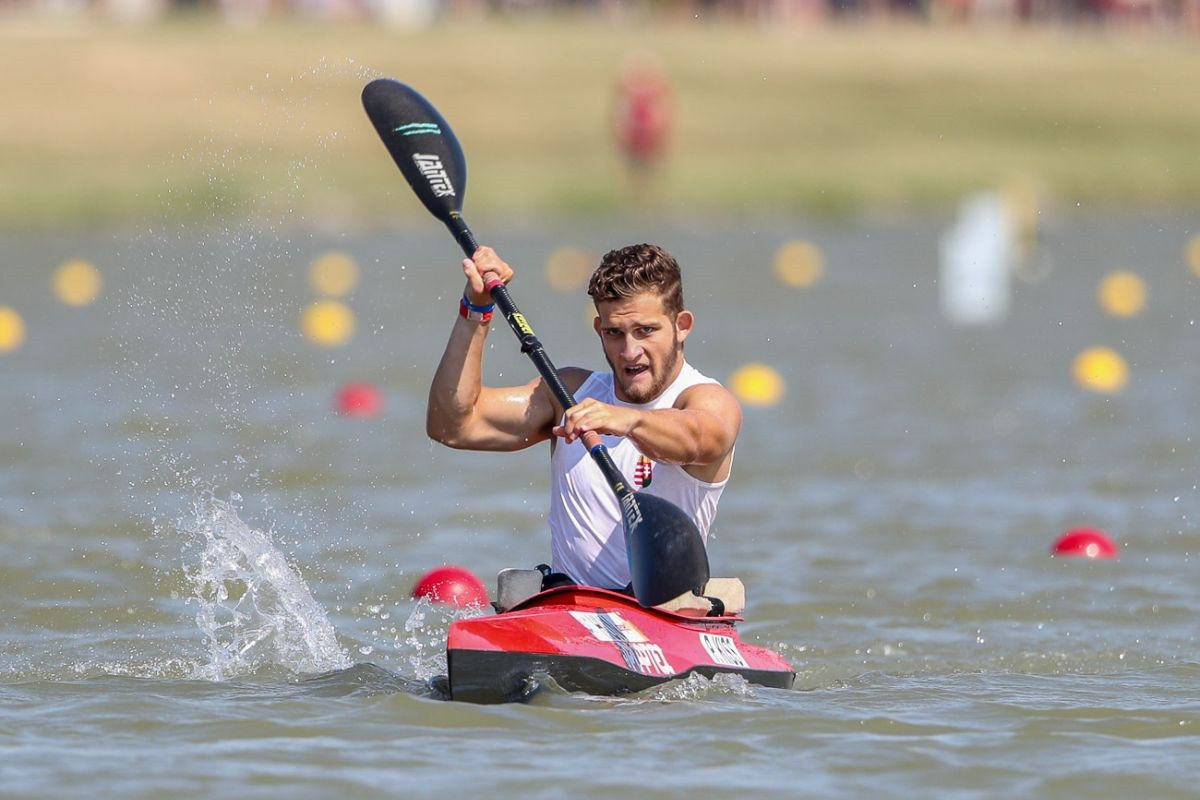 The 16-year-old was looking to add World Championship gold to the European title he earned earlier this year, with his biggest rival expected to be Italy's two-time world champion Esteban Farias.

The final went to script, with Kiss emerging as the winner and crossing the line in a time of 45.42 seconds.

Farias was force to settle for silver in 46.16, while Brazil's Luis Cardosa da Silva completed the podium in 46.49.

"I have only been paddling for three years, this is fantastic," Kiss said.

"This is my best result ever, it's amazing."

Henshaw came into the final as defending champion and eased to victory in a time of 47.62.

It secured her second title of the week, having already triumphed in the VL3 final.

Paralympic champion Wiggs, who has fought back from a serious wrist injury, took the silver medal in 49.03.

Australia's Susan Seipel finished third in a time of 51.12.

A third British medal of the day came in the women’s KL3, with Laura Sugar finishing as runner-up.

Mirzaeva's effort earned her country a place at the Tokyo 2020 Paralympic Games.

Bronze was secured by Shahla Behrouzirad, who finished in 48.96.

Behrouzirad became the first woman from Iran to win a medal at Canoe World Championships in either a sprint or para event.