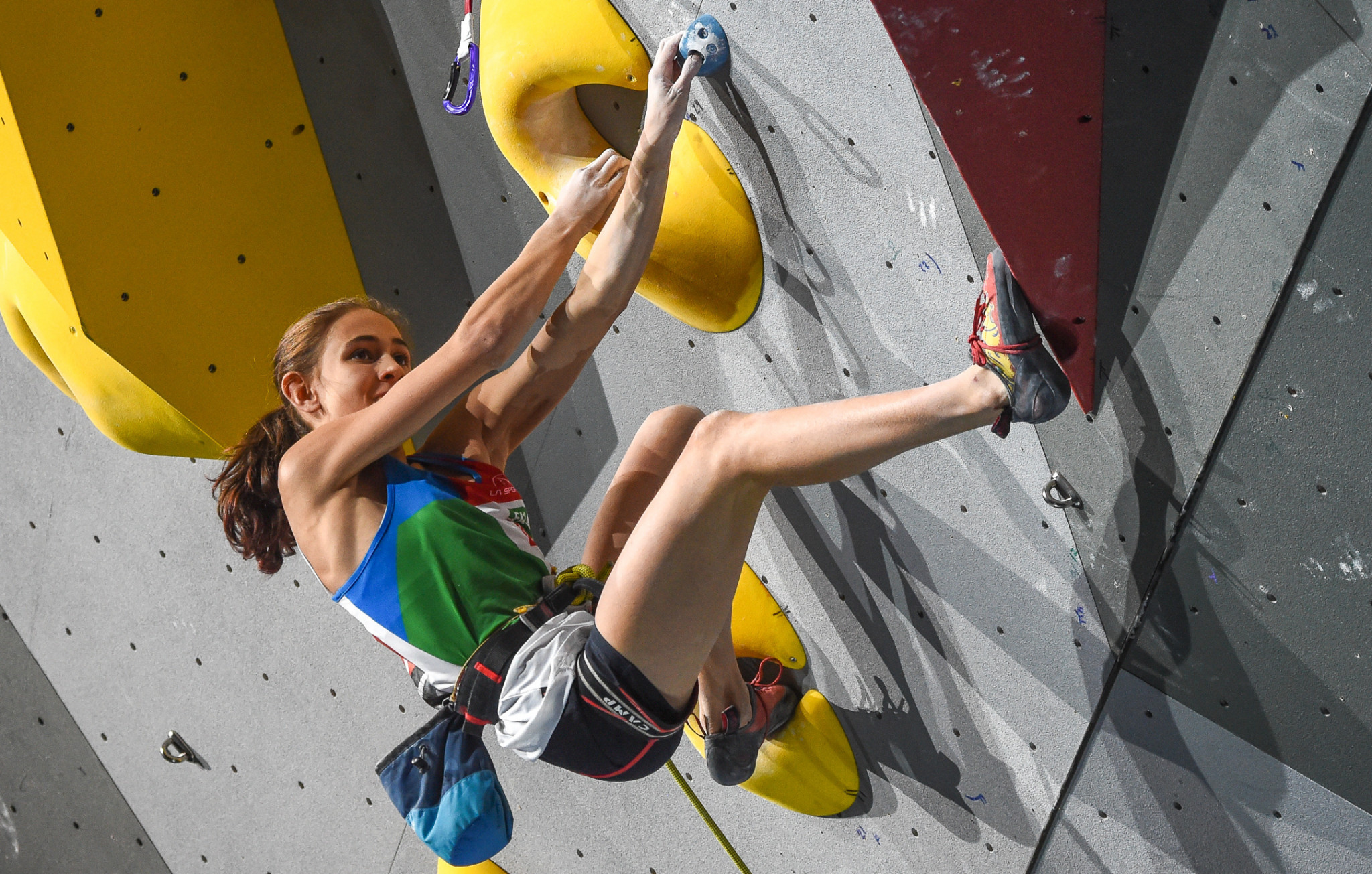 Rogora led the standings after the semi-finals and she delivered the junior women's title at the RockMaster Climbing Stadium.

Nolwen Arc of France finished second after her feet slipped out from under her at 55+.

The bronze medal was awarded to Brooke Raboutou, the American missing a foothold to finish with a 54+.

Hidemasa Nishida of Japan won the men's Youth A division with a highpoint of 51+.

American Colin Duffy claimed silver after slipping off a 49+ as the bronze medal went to Alberto Ginés López on 47+.

And that concludes the Lead Youth World Championships in Arco! Congratulations to the winners. #IFSCywch pic.twitter.com/tlz2uJY9b7

Nika Potapova of Ukraine took gold in the women's Youth A division.

Alongside Japan's Natsumi Hirano, she reached 54+ as she pushed to new heights in the category.

Potapova took gold owing to her superior result in the semi-finals.

The bronze medal was won by Luce Douady of France, a long way behind on 42+.

The World Championships continue on Tuesday (August 27) when the bouldering semi-finals for junior men and the women's youth B division are contested.

The speed finals of the junior women as well as the youth A divisions for men and women will take place.