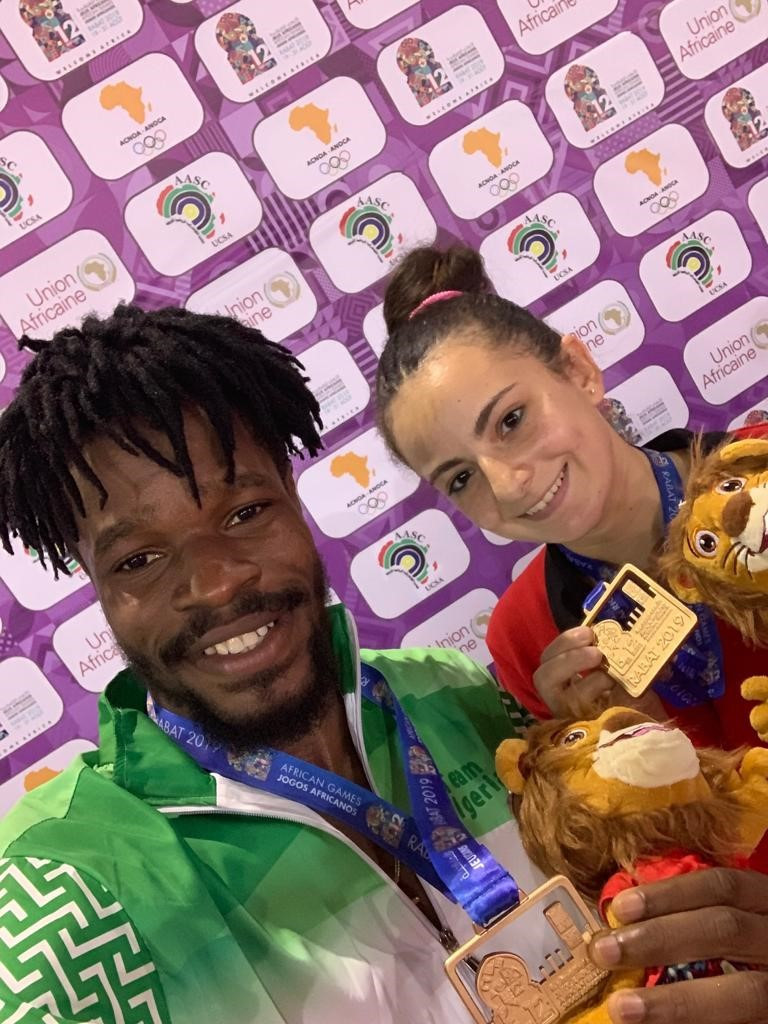 Nigeria's Olajide Omotayo has spoken of his joy after conquering three of the best table tennis players in Africa to be crowed the men's singles table tennis champion at the African Games in Rabat.

The 24-year-old had also defeated two former champions on his way to the final – Egypt's Ahmed Saleh and Nigeria's Segun Toriola.

"I am very happy winning the African Games," Omotayo said.

"I am so proud of myself because this is a big one for my career and it was a good journey for me from the start of this competition, having won against some of the best players in the continent."

In the women's singles, Dina Meshref retained her title to become the first female Egyptian to triumph back-to-back at the continental event.

The final saw her claim a straight-games win over Cameroon's Sarah Hanffou, who had earlier edged out Nigeria's Offiong Edem in the semi-finals.

"I am so happy becoming the first female Egyptian to win the women singles title back-to-back," Meshref said.

"But I must admit that it was not easy at all because the four years difference between the two titles was very long for me to be able to keep up with my performance.

"I am so excited that I was able to retain the title again."

Meshref defeated fellow countrywoman Nadeen El-Dawlatly in the final of the 2015 African Games in Congo's capital Brazzaville, having earlier overcome Han Xing, a Congolese player of Chinese descent, in the last four.

She added: "It was a bit easy for me winning the title this year because, in 2015, I had to play against some Chinese players from Congo Brazzaville and I also confronted Offiong Edem of Nigeria in the quarter-final stage.

"There was also a lot of pressure on me then because it was the qualification for the Olympic Games.

"So this year, I played with less pressure and I had a good draw to the final."