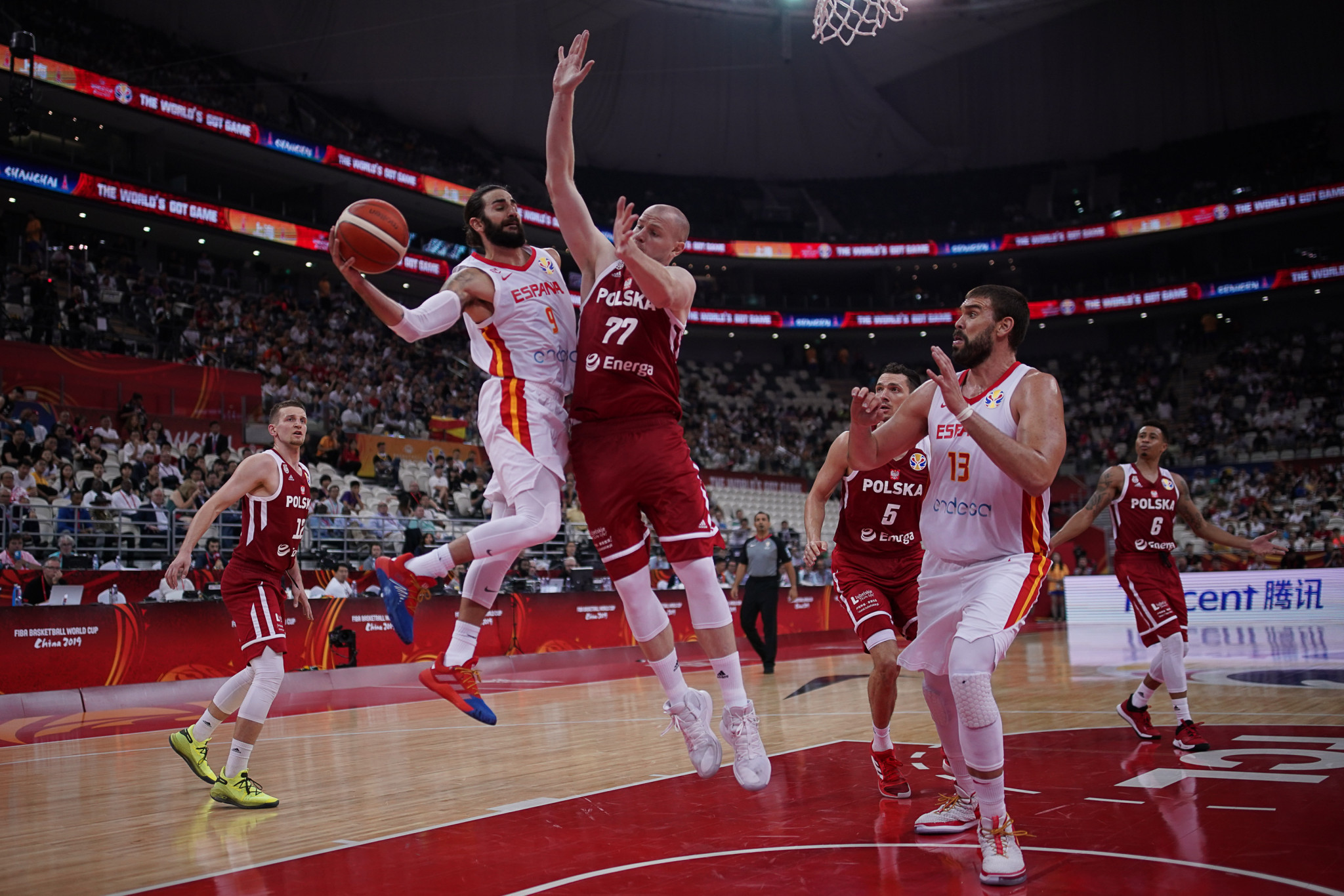 Argentina and Spain won their quarter-final matches to reach the last four of the International Basketball Federation (FIBA) World Cup in China.

Victory sees Argentina reach the semi-final phase for the first time since 2006 and leaves Serbia, hot favourites coming into the tournament, without a medal.

There were also 15 points for Patricio Garino, 13 for Gabriel Deck and an impressive 11 for Luca Vildoza in less than 15 minutes playing time.

"We believed it," Garino said.

"We have a great team and we have great energy.

"The way we played today is an example of what we want to do over the years."

Poland kept things close for one half against Spain, before their opponents turned up the tempo and ran away with the contest.

History was made in what was Spain's sixth straight victory at this year's FIBA World Cup, as player of the game Ricky Rubio officially overtook Argentina's Pablo Prigioni as the all-time assists leader in the event.

Rubio drew level with Prigioni on 106 in his team's Group J win against Serbia on Sunday (September 8) and bettered the mark by adding a further nine today.

This was on top of his 19 points, five rebounds and one steal.

The FIBA World Cup continues tomorrow with the other two quarter-finals, United States against France and Australia playing Czech Republic.